Yesterday was the normal Monday night group ride from our house. I think there were about 10 people. It was the first real group ride I’ve went on since breaking my hip. I am not good at changing pace. I don’t have any ability to do it, for one, and it hurts to make the transition from sitting to standing. And in reality, every hill is a change of pace if the speed stays constant.

Anyway, this isn’t about me and my very slow road to recovery. It is about riding in the heat. I’ve written about how I don’t like heat. I’ve been having some luck dealing with it the last couple years, but going out and mid-day and riding super slow in it for hours. But, when the needle is above 95 or so, I need to pay special attention to it for sure.

Catherine (Walberg) came back to Topeka over the weekend, so she was on the ride. She is living on Bainbridge Island, in Washington, where the high temperatures, until just very recently, are in the mid 60’s, at best. So, yesterday, when it was nearly 100 degrees, she was worried about it. And rightfully so. It was 40 degrees, or more, than any temperature she has trained in this year.

We started out and she took just a couple pulls and then sat on. She said that her legs and lungs felt fine, she was just super hot and her heart rate was really high. She wore a heart rate monitor and her heart rate was off the charts for how hard we were going. I really couldn’t believe it until she downloaded her Garmin to Strava. She spent 66% of the ride at thershold or above. And 92% at tempo or above. I don’t wear a heart rate strap, but those numbers are off the charts, considering how hard we were going.

I think I’m going to try to dig up my heart rate strap for my Garmin and wear it the next few days and see if mine is as high proportionally as her’s is. I know that dissipating heat takes a lot of energy. It surprised me it takes that much.

I think aging has something to do with it too. Older athletes tend to complain and have a harder time dealing with heat than younger ones. I’m not sure the reason for that? I wonder what a human “looses” as it ages to make it have a harder time compensating for big temperature swings? I’m interested in that.

Anyway, it is going to be over 100 today. I guess I should go out and ride mid-afternoon. The only problem with that is, I only have a couple hours in me before I’m done nowadays. I don’t think that is enough time to reap the benefits or start the acclimation process. Maybe I’m wrong, I’ve been known to be occasionally. 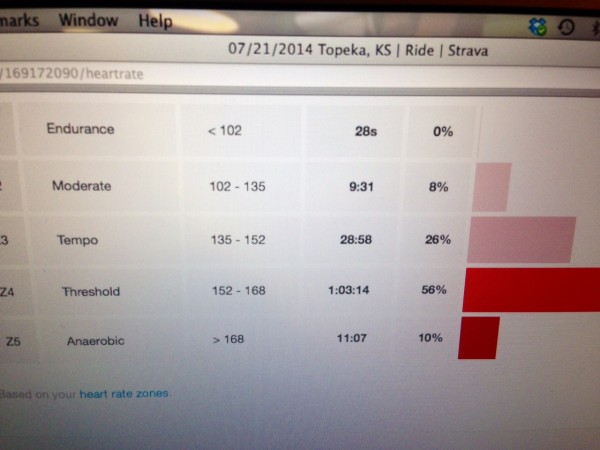 Catherine’s numbers from the ride. 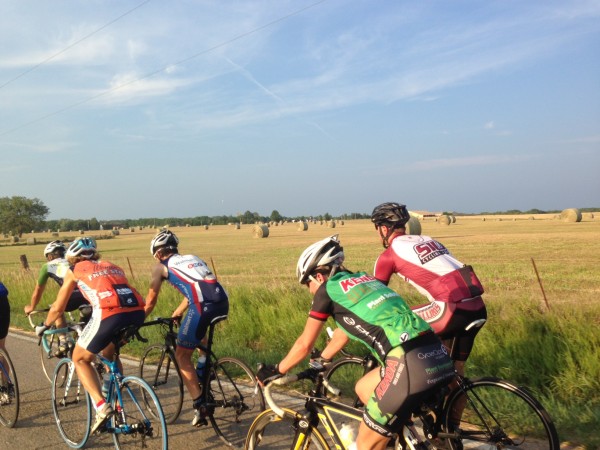 It is super nice around Northeastern Kansas right now. It seems like we got a lot of hay this year. 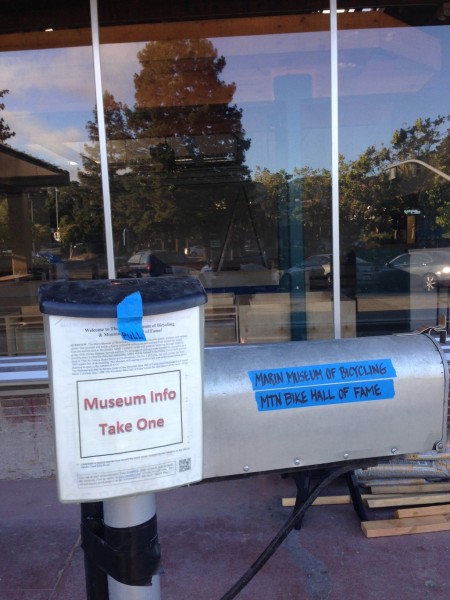 Trudi went by the Marin Museum of Bicycling yesterday on her way back from Bend to Santa Rosa. It houses the MTB Hall of Fame. It isn’t open yet.