I think it is more than a little strange that the UCI always waits until the Tour to start releasing the positive doping tests that have been going on for years. It seems like they are trying to let all the media attention from the Tour, hopefully, hide the bad publicity of doping positives for cycling.

Today they released the doping positive of Sky rider Jonathan Tiernan-Locke. A British rider that was wined and dined by both Sky and Garmin. Here is a guy that has a blood profile screwy enough to be suspended, and the two “clean” teams of the Pro peleton are fighting over him. It goes to show you that these teams don’t do shit for testing or checking out the guys that they hire. It’s all smoke and mirrors.

Just last week, the UCI published another list of doping positives and buried on the bottom of the list, Dennis Menchov’s name was listed, and he was suspended for two years for adverse biological passport findings. That guy had been associated with doping his whole career and they snag him for a messed up biological passport for the previous 5 years, after he retired. Great. Plus, they leave him win the 2009 Giro win, even though they boot him out of the 2009 Tour. Go figure that.

Three other guys were on the July 10th release, Leonardo Bertagnoli, Carlos Barredo and Leif Hoste. They disappeared with little fanfare it seems.

How about the poll of past Tour riders that said that 12 of the past 25 Tour de France winners say that Lance should keep his 7 Tour titles? It is very suprising because you’d think that it would be politically incorrect to state that publicly. The most interesting yes, in my opinion, was Andy Schleck. Man, that guy is an idiot. At least Contador and Eddy Merckx are bright enough to not answer the question.

I know that Lance thinks that he “deserves” his titles. I understand his argument. My problem with it is that he knew, at the time he was doping, that if he was caught, he would be stripped of the wins. That was part of the deal. And he was “caught”, so disqualifying him from the race seems natural. His argument about a lifetime ban seems much more valid than the Tour title question.

It’s very hard not to think that every past Tour winner that says Lance should keep his titles was not doping themselves to win the race. I have to assume that is true. I can’t think of another reason to have that view. Cycling has always been polluted this way.

Levi racing last weekend got a lot of people riled. I had a lot of comments on my post, but over at his Strava page of the race, there is a lot of banter. A couple Pro riders, including Jamey Driscoll, who finished 2nd to Levi on Saturday, in the Crusher in the Tushar, pipes in. You know my views, I hate the guy is racing still. Here is a answer that Levi himself addressed after a comment about him racing – I actually agree with your sentiment and it wouldn’t make sense for me to show up to national level races and compete. But please understand that the Crusher is a timed, mass-participation event with all ages and levels of ability, and it’s all about pushing yourself in a spirit of fun. It’s an event unlike the races that Jamie, for example, gets paid to do.

I got a email from another Pro rider who decided to talk to Levi about his feeling – Hey Steve, I read your post on Levi and thought I would share a story with you. Last year at a local race I told Levi that I am angry at him and that I wanted to bury the hatchet because I did not think it was fair to single him out. His response was “Why are you angry?” When I told him that he acted unfairly and cheated he flatly denied that he cheated anyone and went on to say that he never doped for the domestic races that he won. Either this man is disillusional or stupider than he looks. All I wanted was a little apology or “I can see how you feel that way.” Fuck him

These guys don’t have remorse. These are pissed they were caught and that is the only thing that bothers them. They think that everyone was doing it and it was just business as usual. I was racing this whole time and I can categorically state that no, everyone wasn’t doing it. Guys that Lance and Levi beat up at Leadville weren’t doing it. Guys that Lance, Levi and Chris Horner pounded at Nevada City weren’t doping. But, according them, they weren’t doping during that time either, or according to Levi, at any domestic races. I guess he forgot he was disqualified from the Criterium Nationals back in 1996. That race seems pretty domestic to me. But, maybe he was just riding it in the “spirit of fun”. 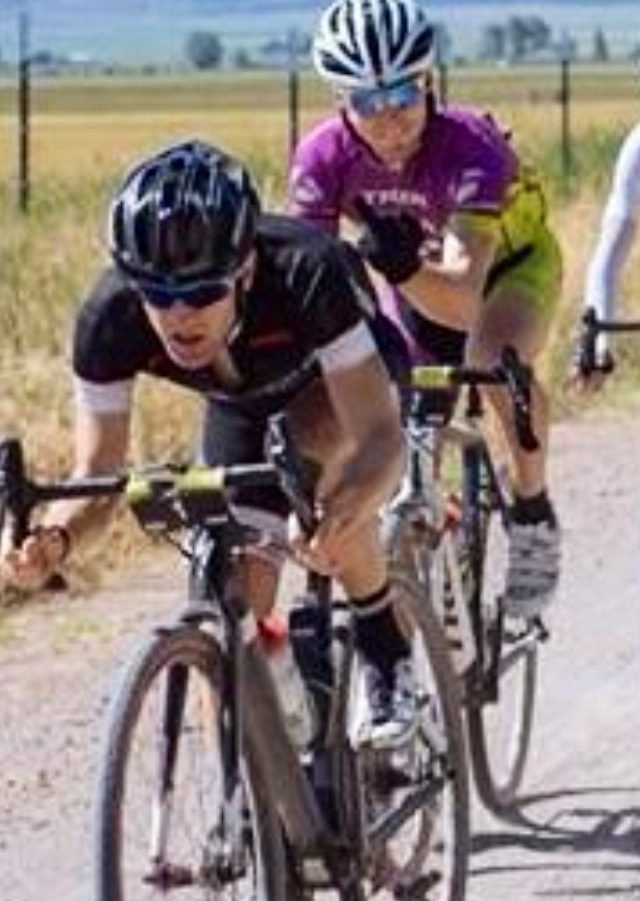 I clipped this photo from Facebook. Here Levis is leading a line of riders. I guess the guy at 2nd isn’t happy with Levi’s weekend fun ride pace. What a great photo.