Since yesterday was a rest day in the Tour, the morning was clear to do whatever. I got a late start and didn’t head out to ride until after 11 am. I have the go ahead, sort of, from a person that has a Dr. before their name or MD after, to go ahead and ride as hard as I want, regardless of pain. So, I did that for an hour yesterday, and the pain wasn’t “regardless”. I rode with Bill and Vincent over to Golden, got some coffee, and then back. They pussed of out and didn’t ride much further.

I had to hightail it back to drive to Fort Collins to see Trent Newcomer, DVM, who happens to ride on our team. Bromont has been a little down and out for a little while and I was just getting worried. Man, the traffic on I-25 from Denver to Ft. Collins is insane. More insane the way back. I got there just in time for my appointment.

Trent rode the Silver Rush last Saturday and qualified for Leadville. We talked a little about the race and then he did a super checkup. He said that he thought that Bromont had some arthritis in back by his tail, plus some in the hips. A few other things, but the arthritis was the big thing. Trent knew of a study that a drug company is doing on it, so I enrolled him in the study. He had x-rays and is going to get some blood tests, etc. It means that I have to drive back out here the middle of next week, the two weeks later and a week after that again. That is a lot of driving, 8 hours each way, but I doubt I’m going to be putting in huge miles by then and I love Bromont to death, so I don’t mind at all. And, there are worse places to hang out that Colorado in August.

I stopped at an Apple Store on the way back to Arvada. My phone’s battery has been draining super fast. The said my battery was dead and charged me $75 to replace it. I didn’t know if that seemed fair or not at the time. I know it doesn’t now because the battery is still draining crazy fast. It was after I did the software update last week. I thought it was because I was up in Vail and Leadville and my battery was draining because it was searching for cell service, but no. If anyone has any ideas out there, feel free to let me know.

I have to admit that my hip isn’t much sorer than when I just try to pedal 80% with my right leg and 20% with the left. It does stiffen up a ton when I sit, even just for a bit. I think I’ll be able to ride a lot more pretty soon, but like I’ve posted here before, I have pretty much given up an optimistic time frame. 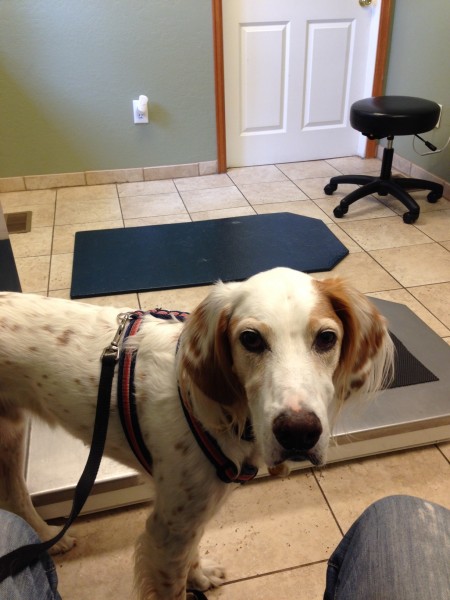 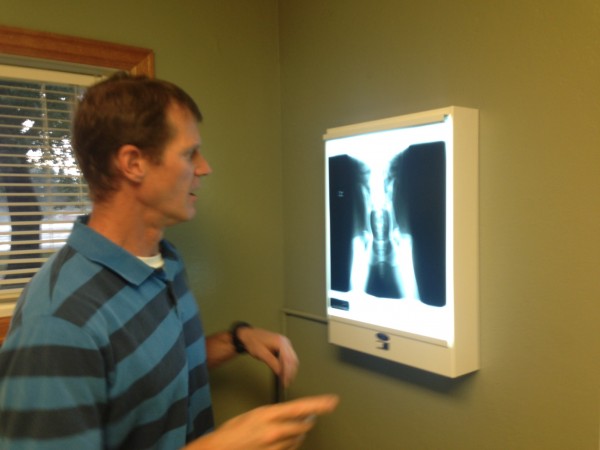 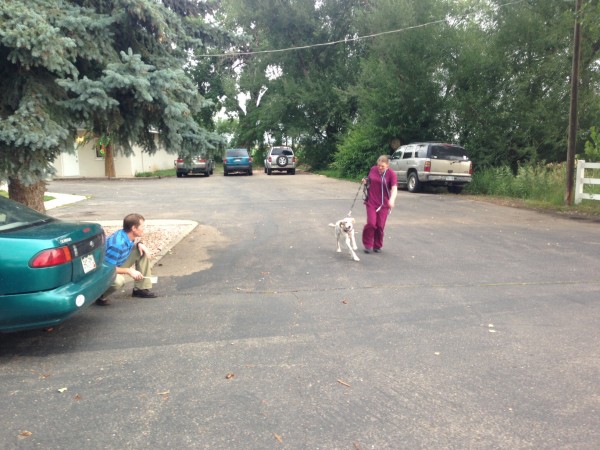 Trent took Bromont outside and watched his gait.