I’d started this post last month when I read the Velonews article, linked below. I’d sort of dropped it, trying to stay away from dragging the old news doping scandals back into current news. Then I saw yesterday that Levi won the Crusher in the Tushar, a 70 mile epic race in Utah, promoted by Burke Swindlehurst. This is the 2nd year straight. The Velonew’s article says that Levi is retired from racing. If that is the case, why is the guy winning races that could define or be a platform for a rider’s career? Here is the start of my original post.

Levi Leipheimer did an interview with Neal Rogers at Velonews.

LL: I guess my motivation, for talking about all this, is that we’re trying to show some character — trying to be stand-up about it, trying to take responsibility for our actions. I realize some people don’t want to hear that, and that’s fine, but some people have been forgiving, and understanding, and they’ll hold us to a higher standard form here on out.

I’ve written a few posts on Levi. I don’t know him very well at all, and don’t want to. I didn’t like the way he rode when he was juiced to the gills and can’t applaud the way he handled his doping situation. Plus, I really dislike it when people use plurals to describe themselves. Levi does that, using we for I, us for me, etc.

I haven’t checked over at the Leadville site to see if they still consider Levi a winner of that event. I think so. That is complete BS. As is this result. Levi’s results from June of 1999 to July of 2006, were thrown out by USADA. Also, July 7-29 of 2007. What is that all about? It is funny that his results seem to be better after he claims to have started racing clean than before. He still keeps all his Tour of California results, a bronze medal at the Olympic Games, etc. Just click on his Wiki page here and see what a joke his sanction was.

When Levi does what Tyler did, or Floyd did, and come completely clean, then, maybe, I’ll think about giving him a chance to redeem himself. But, until that, I wish he’d just hang out in Northern California, breathing his Xenon gas or what ever he does, and reminisce about what a great of a cyclist he was, and quit coming out and stealing results from real bike racers like Jimmy Driscoll and Tyler Wren. 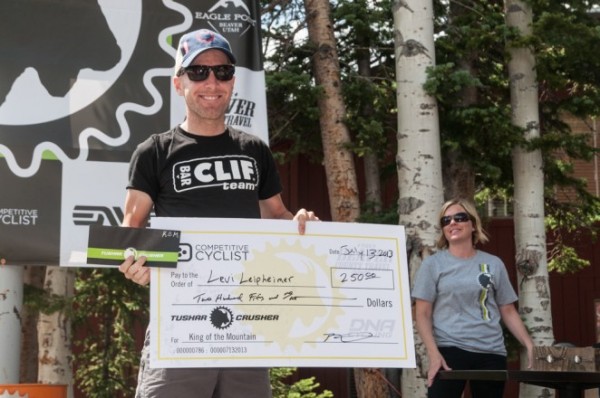