Sort of short of time and my thoughts are all over the place. First, Michael (Fatka) just called and said that Eli, his dog, is no longer around. He was 15 years old and had an extraordinary good life, living out in the country and travelling all over the country. But, that doesn’t make Michael morn less. We all feel the same when our friends go. So many the last couple years. Hopefully, they are all hangin’ out together in doggie heaven.

On a more positive note, I rode outside for the first time yesterday. I was itching to get outside and was super tired of sweating to death on an ergometer, so I just did it. I loosened up my pedal, so I could upclip, and just went. I ended up doing 17 miles. It was pitiful. It was probably too far. I’m a little hurt today, but that is how it is going to be. Hills are nearly as bad on a bike as the handcycle. I was riding my MTB because the upright position seems to be better for my hip angle. My knee is the worst today. I’ve been sent a bunch of emails about how bad the knee gets after this. I didn’t think I had a problem, but now realize I do. Anyway, it is just shy of one month since surgery, so I can’t really complain too much.

Today, the vet called and left a message wishing Bromont a happy birthday. We celebrated that a couple weeks ago. But, no, it is today. Trudi made Bromont a birthday cake and he loves it. He doesn’t mind if we celebrate his birthday every week I assume.

We’re driving up to Chicago for in a couple days for Trudi’s mom’s 80th birthday celebration, which will be great, but I have a ton of stuff to do before then, and I move pretty, really slow, so it takes awhile. 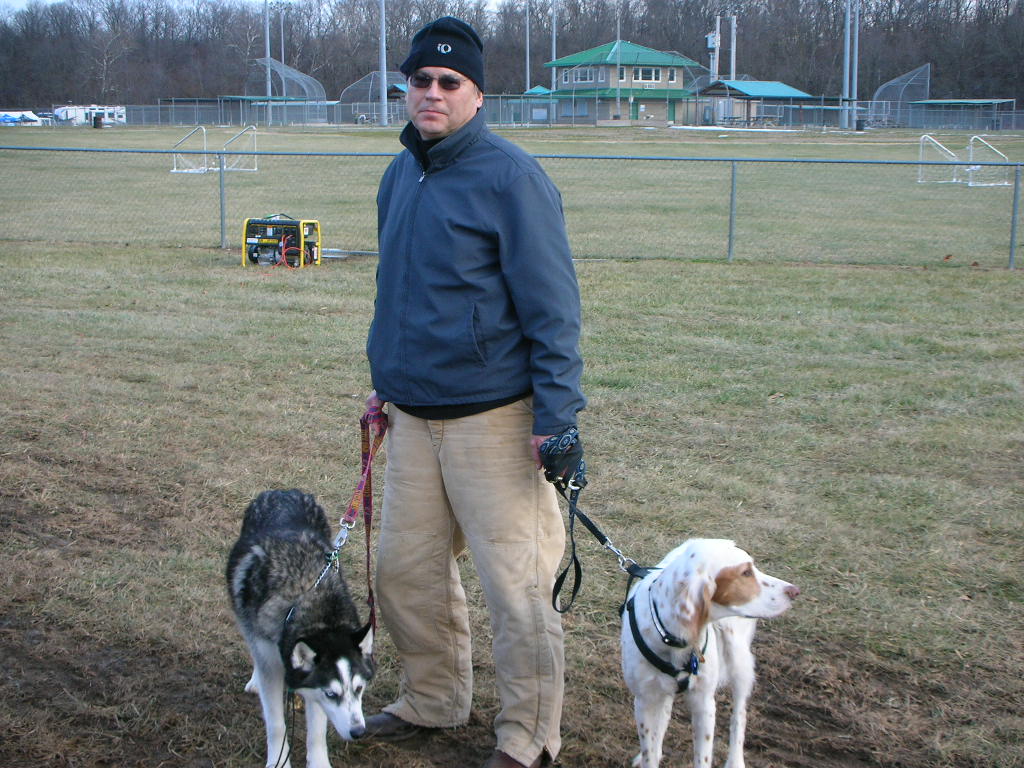 A Michael Fatka sighting out of the state of Iowa. Eli and Bromont accompaning.

This is Michael, with Eli and Bromont back at cyclocross Nationals in Kansas City. 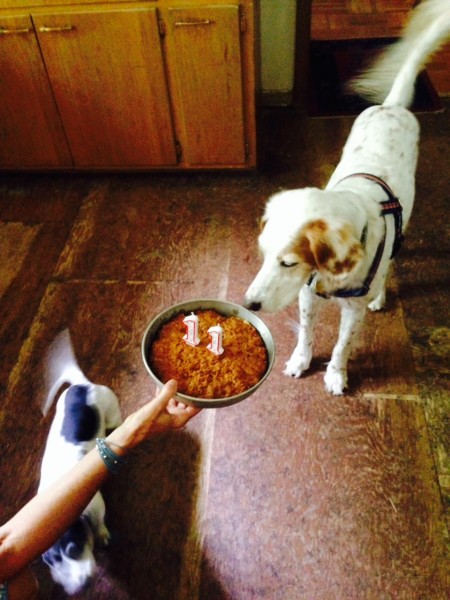 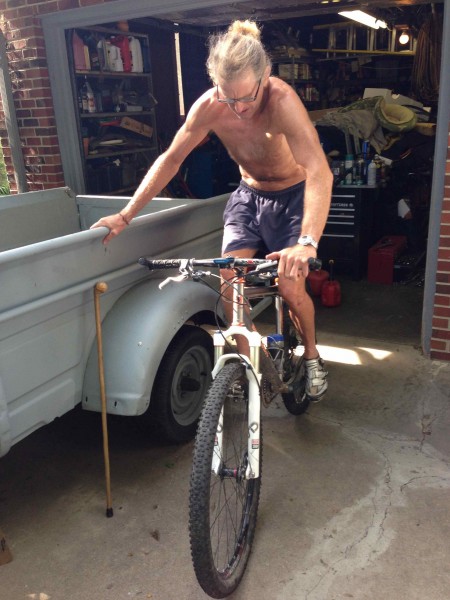 Trying to get my foot into the pedal. And yes, I’m pretty fat.