The title of this post isn’t quite accurate. It should have been, released from the hospital. I didn’t have to sneak out or anything. My guy, Doctor Karam came by yesterday morning and we had a good talk. He told me that the surgery went as perfect as it can go. He said that he was confident that if I had the ability to stand on my leg that it would be strong enough to hold my weight and that he doesn’t foresee any issues. Man, this guy is one of the chosen few. I was very fortunate to get excellent counseling from my friend Stacie, which connected me to Dr. Karam. He is so good that I’m going to use him for my follow-up appointments, even though it is a 6 hour drive.

Dr. Karam told me yesterday that I could head home anytime I felt up to it. Normally it is a 3 day stay, but like I posted yesterday, the foot traffic through the room and lack of sleep doesn’t make for much recovery. So, I did a PT session, walked on some crutches, up and down stairs, had one more bag of IV antibiotics and headed home less than 24 hours after surgery. It might have been just a tad premature looking back now. Don’t get me wrong, I’m happy to have that drive behind me, but yesterday wasn’t pleasant. It was actually down right ugly.

My left leg is so swollen that it is nearly impossible to move. Plus, my right rotator cuff shoulder is a little tweaked from the crash, so using crutches is awkward and a little sketchy. I did sleep pretty much 8 hours straight last night, so feel a ton better already. But my leg is crazy big. I weighed myself and am 168 lbs. I left Topeka just a week ago at around 150. And my stomach skinfold is next to nothing, so nearly all that extra weight has to be fluid buildup. That is a lot it seems.

I’m not going to go crazy and push anything here, but I’m optimistic that I’ll be riding really soon. I know that the soft tissue damage is going to take a long time to repair itself, but the bone should be really good in 6 weeks. That is hardly the middle of July.

One downside of leaving the hospital early yesterday was that I missed out on some treats. Bob Hayes, Muscatine promoter, came by with some homemade chocolate chip cookies after I left. Plus, Jay Thomas, (Trek Stores owner, Capo Clothing) sent me a Hawaiian pizza since I posted how bad the food was. So nice on both of their parts.

One reason I wanted to get back was because Brian is racing the Dirty Kanza on Saturday and I was hoping to be able to go over to Emporia and cheer him on some. Right now that seems like a stretch, but maybe I’ll feel a little better in a couple days.

Okay, gonna try to catch up on some sleep and food today. I have only had 4 meals since Monday morning and that is just about how many hours I’ve slept too. 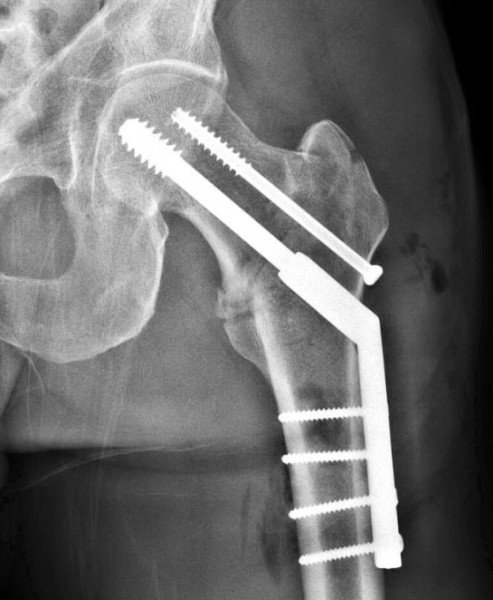 This is what they did. Looks pretty good to me. 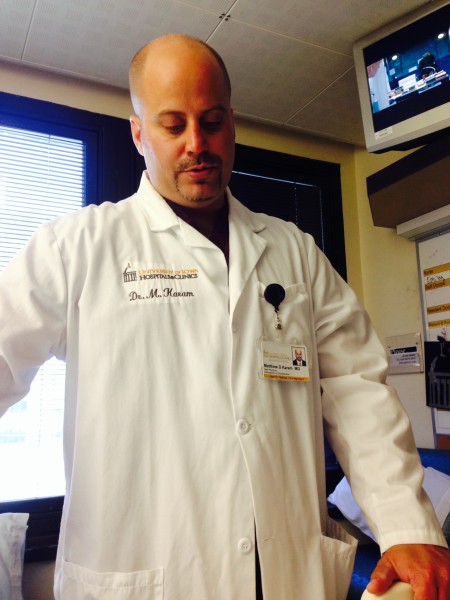 This is the guy that did the work above, Dr. Karam. He is one of those guys, the special ones. 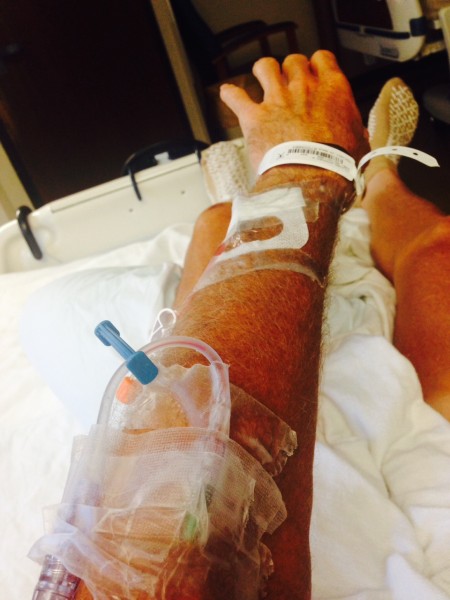 It was nice getting all the tube out of my body yesterday. 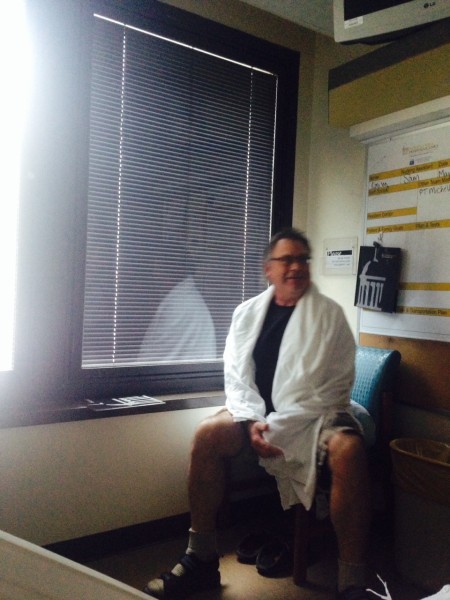 Michael (Fatka) made a surprise visit, right when I was leaving the hospital. We left, ate lunch with Michael, then did the 6 hour drive back. 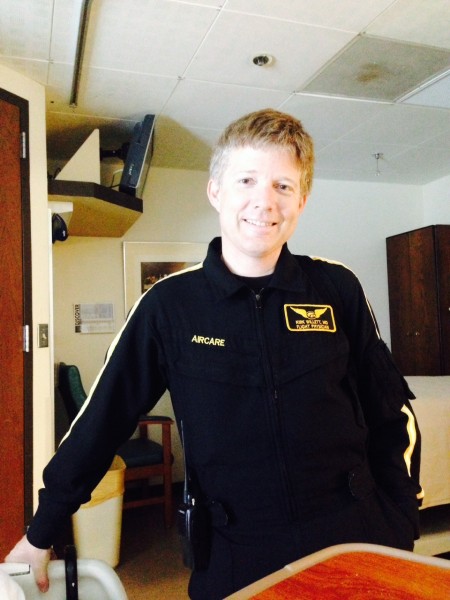 This is Kirk Willett. He came by and visited a couple times. He rode for Mercury and Prime Alliance 15 years ago, then took over the DS position at Toyota-Unite, before going to Medical School. He has 6 emergency room shifts left and then he is done with residency and is moving back to the state of Washington to practice. It was great having him come by. He’s wearing a flight suit here. He was on call to go out on the Life Flight helicopter, so was prepared.

15 thoughts on “Escaped from the Hospital”