Yesterday was sort of a strange race day for me. I went out with Jeff Bradley, Deb Wood and Bill and rode 30 miles in the morning. I felt pretty done. It was windy and I was flailing when riding against it. We rode over to the new course that they are holding the Quad Cities race on today and then I really started getting nervous. The course is crazy hard. .7 mile with a long steady climb and screaming descent. So, I realized I needed to try ride smart in Muscatine to save up for today.

Muscatine is a mile course, with a hill too, but not a very hard climb. There is a 130 degree corner about 100 meters from the finish, when is the key aspect of the course. I’ve done the race a lot of times. Sometimes a field sprint, but usually a medium size break. The race was animated early on. I had a 350 watt average on my Garmin after the first 30 minutes. So, the race sort of slowed midway and then towards the end, it seemed like the field was getting a little blown. It started splitting up more on the climb and through the corner. I started riding closer to the front, not really wanting to miss a big split. But, I did.

With maybe 10 laps to go, 8 guys rolled away. I had a opportunity to make the move, was flying up the gutter on the right side of the field on the climb, but a feeder stepped out onto the road and I had to grab my brakes. I don’t really understand why they were allowing feeding, it wasn’t that hot. And it seemed like it was too late in the race for feeding anyway. The Hincapie Team and Athlete Octane guys got to the front and really slowed it down. Now, after the race, I don’t have any idea about that tactic. I think they only had one rider each up the road. As it turned out, neither team finished a guy on the podium.

So, the break stayed off. We were jockeying for position the last couple laps. You really have to set up properly at the bottom of the hill to get a good result. I was good going down the hill, maybe 8 guys back, behind only Hincapie and Athlete Octane riders. I was planning on marking Daniel Holloway. He is the guy here and earlier in the race, won a prime from about 50 riders back with 1/4 lap to go. Anyway, it slowed a bit at the bottom of the hill and I decided to just go for it from there. I was on the inside and when I went by Holloway, he threw a pretty good elbow into me, a prickish move. I lost all my momentum and instantly was 15 riders back.

But, I kept at it, staying full throttle and towards the top of the hill, right where it levels out, started passing guys like they were standing still. I rode by maybe 5 riders pretty quick and then before the corner, passed Paul Martin and then dove the final corner and passed 3 more guys. I ended up 5th in the field sprint, 13th in the race.

Paul came up to me after the race and made some derogatory comment about my “move”. I reminded him that I’d seen him run into quite a few guys throughout the day. I asked him what the issue was of going through a corner, less than 100 meters from the finish, on the inside. I didn’t touch another rider. No one fell. I moved up 3 places. He said something like there is just an area of danger surrounding me. It’s his opinion, but I disagree. Riders have different abilities and different perceptions of what is dangerous and what isn’t. For me, the move was just finishing a criterium. I guess he would never make it, which is fine, but I don’t think he has anything to complain about. Paul and I got way back on this subject, so it is just a continuation of the same old.

Like I said above, the Hincapie and Athlete Octane teams pretty much decided the break and they both got shut out on the podium. I don’t understand it. Holloway or Chad Hartley both could have won the race from a field sprint. Seems like bad tactics to me, but that’s fine. There are plenty of bad tactics going on in bike racing nowadays.

After the race, Bill and I went for a short ride. We stopped at a yard sale and bought some Cokes from a kid. I got 2 for a dollar. I drank the first one, it was so cold, great. So I decided to have the 2nd. I think that was a mistake. About 15 minutes later, I got a crazy stomach ache. Like call 911 stomach ache. I was folded over with pain. I limped back to the car and just sat. I had some Tums in the medical bag and ate a handful. Driving back to Davenport, which is 45 minutes, it slowly subsided. But, man, did it leave me destroyed. Way worse than the race.

I woke up a little torqued today. Kind of just overall fatigued. I’m not so worried, I have 1/2 a day to get my shit together. I’m going to go out for a ride, nap then see. No use stressing about something that is just is. I’m looking forward to the race today. I like hard criteriums with hills. Should be fun. 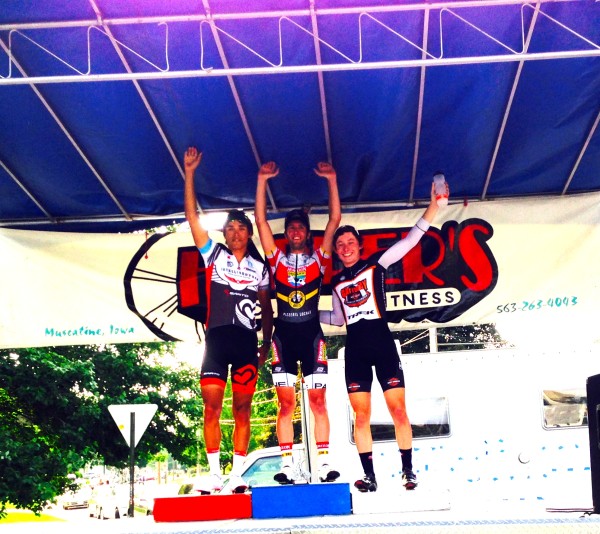 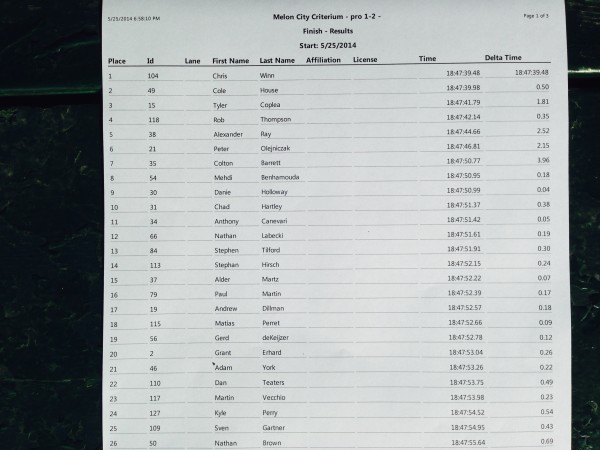 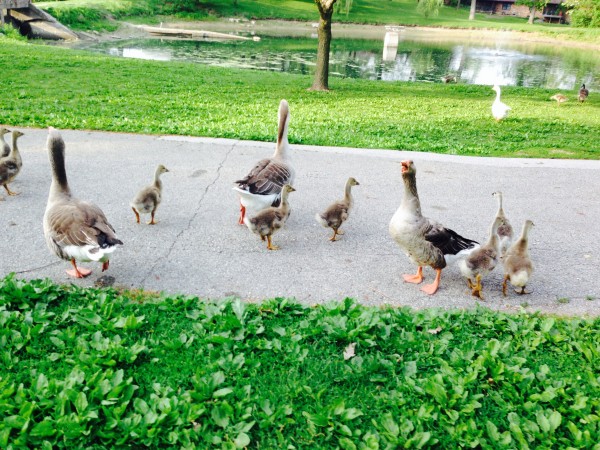 These guys were on the bike path at the bottom of the criterium hill. 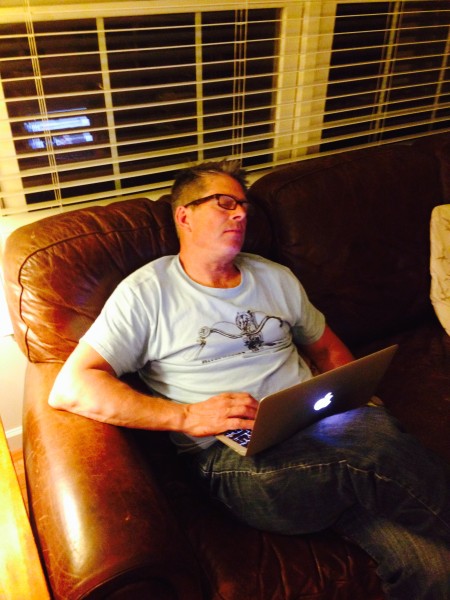 Tom Schuler last night pretty much passed out. He’d been out setting up todays course since 4 am and it was 11 pm. 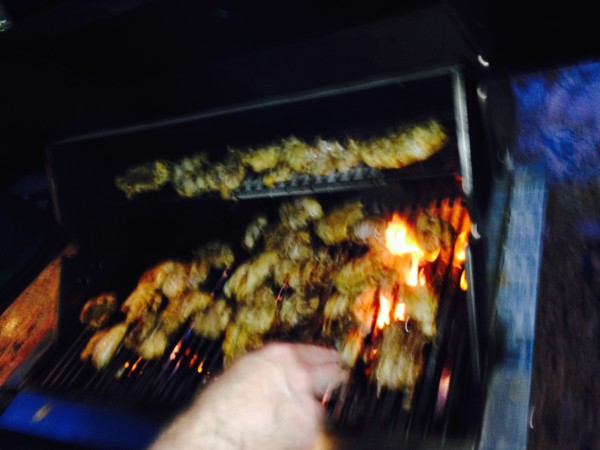 Jeff grilled up a ton of chicken last night.

Bromont waiting for breakfast. Someone comes around and put flags in front of every house in Jeff’s neighborhood. There is a permanent flag holder in each yard. Happy Memorial Day!