I have been kind of making the next two or three weeks a priority. I love the Quad Cities races and then there is Tulsa Tough two weeks from now. I’ve been riding okay and thought everything was going pretty good. That was until yesterday.

Yesterday morning I woke up feeling kind of weird in the stomach. Nothing severe, just funky. I was thinking about taking the day off in the morning, but by the afternoon, there wasn’t a choice. I needed to stay close to a bathroom. I slept all afternoon, over 3 hours, then slept another 10 hours last night. I don’t really understand what happened, I didn’t eat anything strange and felt great the night before.

So, today, I’m picking Bill up om 45 minutes, 7:45, and heading up to Burlington Iowa for a 95 mile road race this afternoon. It should be interesting. I have no idea where I’m at. I guess I’ll learn some during the drive. I feel pretty weak and cloudy, but nothing else really. My stomach still feels strange, but not like yesterday.

This is one of the hardest things about being an athlete. Training and planning for something, then poof, a wrench is thrown into the equation. But, I’ve had all this happen before, many times, and sometimes it works out better than I could have imagined.

Maybe a long race will just burn this whole thing out of my body. I’ve had that experience before. Anyway, it is what it is.

Changing the subject, the Giro time trial was sort of interesting yesterday. Everyone is sort of disappointed in Cadel. Finishing 3rd in a Grand Tour time trial isn’t really that bad. He’s less than 45 seconds out of the lead with half the race to go. Seems okay to me.

I wonder who would bet against Taylor Phinney for the Pro National TT Championships this weekend? Not me. Maybe Lawson Craddock will put in a good ride too I hope.

Okay, I need to pack up and get moving. I’m moving pretty slowly. Maybe I can get Bill to drive some? 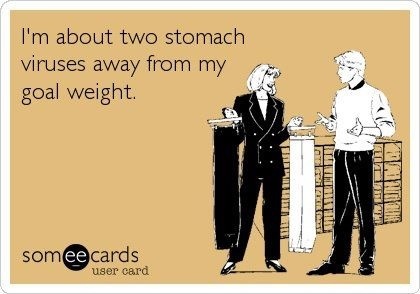 At least it has that going for it.

4 thoughts on “Kind of Disappointing”