Okay, this the last post on the MS150. I have to say I was pleasantly surprised how much fun I had the last couple days. It was a refreshing reminder about how vast our sport is and how many facets it has. Those people that sat on the bikes for over 10 hours to ride 80 miles, man, I have to give them credit. It was hot and windy the first day, then just muggy and windy the 2nd.

I was so impressed by the infrastructure that the tour had. I can’t believe how many SAG wagons, EMT guys riding, police (100’s of police) and all the other volunteers that made it possible for 13000 people to ride from Houston to Austin. And the cones. One lane was blocked off in Austin the last 6 miles. And there was a police officer at every intersection. It was a big organizational task.

We started off from the ranch we stayed at at around 7 am. We had to ride 12 miles to the start and by the time we got there, the roads were pretty much line to line riders. It was nearly impossible to ride side by side. So, I went to the front and pulled for the first 5-10 miles. We were going along at a pretty good clip, somewhere close to 25. We had a pretty good line of guys riding behind us.

I love the vernacular that a tour type rider uses. The announce when they are starting off by saying “rolling”. Of course, the ever present, “stopping”. Lots of people would say something was we went by about announcing our passing. One guys said, “Hey, sing out when your passing riders.” Oh, sure. I would be riding along, saying over and over, like 6000 times, “Passing on your left”. We could ride in the left lane a fair amount of the time, the road was virtually closed. Towards Austin, it started thinning out, but the cones made the bike lane super narrow, so it was hard passing.

The last 20 miles, we started just pulling a mile each. So, one mile in the front and 3 miles off. We kept up a pretty good speed. We got to Austin a little before 11 am. I think our average was around 22 mph, but the first hour, riding to the start it was only 15, so we were going a bit faster than that. It was Brian’s birthday yesterday, so we had a beer to celebrate. I kept going and rode another 20 miles to get over 100 for the day. I had to ride back to Ann’s house anyway, I just took the long route.

I had a little over 500 miles for the week, with one day of no riding and one day of 13 miles, so the other 5, were pretty big. Four days over 100, which isn’t normal for me recently.

I was going to have to get up super early to drive all day up to Kansas City this morning to pick Trudi up after Paris-Roubaix, but I just got her a ticket from Kansas City to Austin this evening, so she has to travel another couple hours, but it’s easier. She needs a little down time and hanging in Austin is pretty enjoyable down time. It is supposed to maybe snow in Kansas today anyway, so the weather isn’t so good. It’s raining right now here in Austin, but is supposed to clear up early afternoon.

I need to go and find a great breakfast place now, that is if Bill every wakes up. He’s staying too and he can sleep. 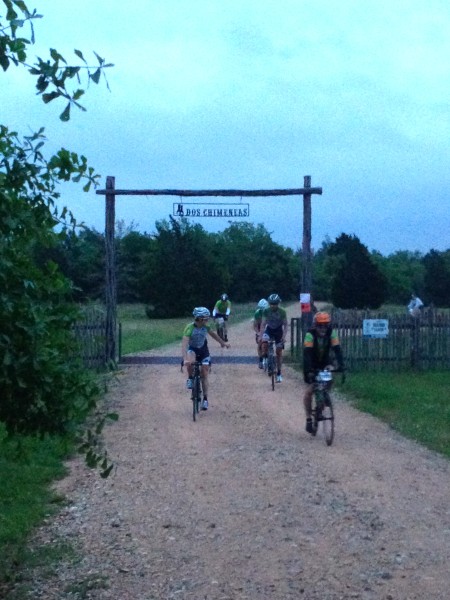 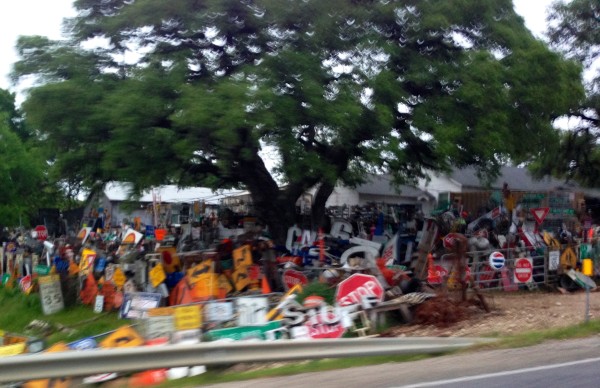 We passed this place on the way to the start. 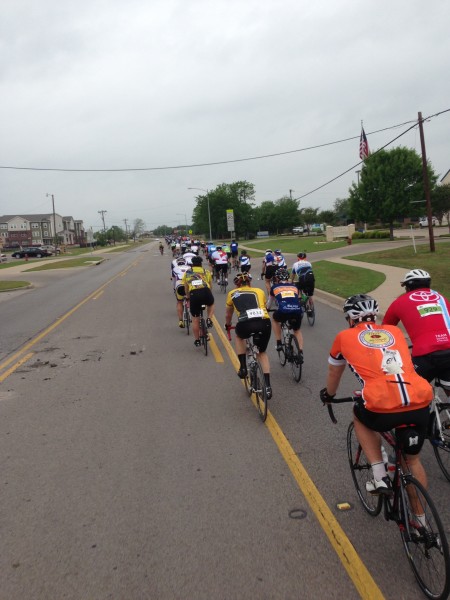 It was pretty much wall to wall riders most of the day. 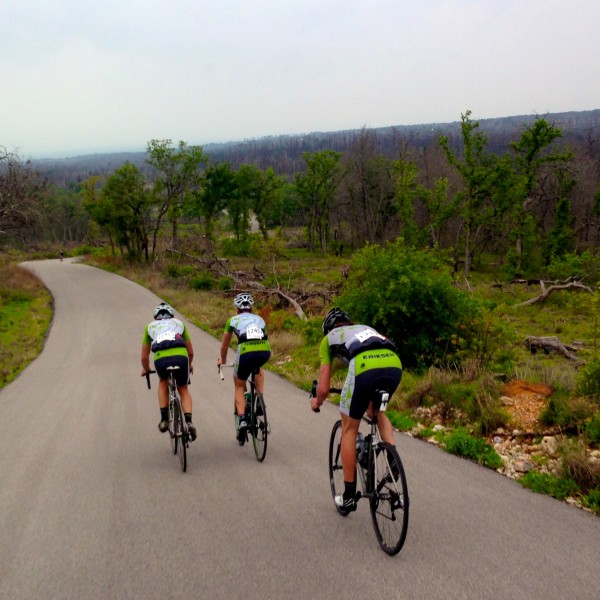 The road did clear a few times and we saw some pretty great terrain. 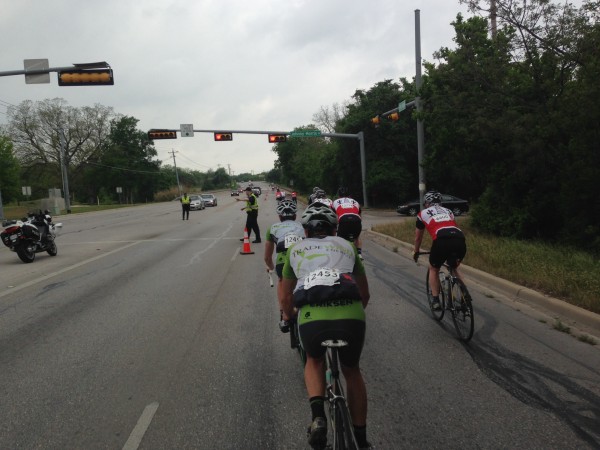 Coming into Austin, the traffic control was awesome. 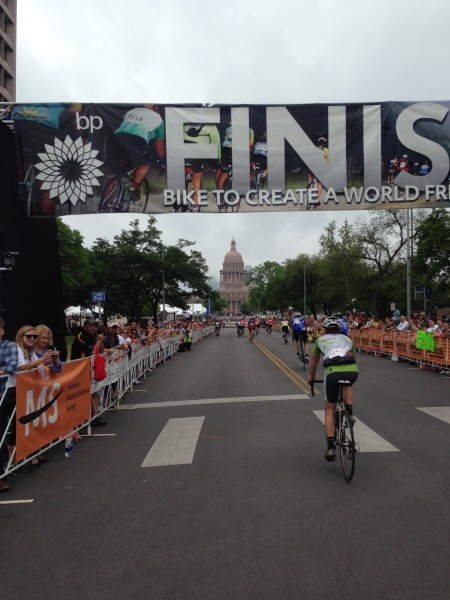 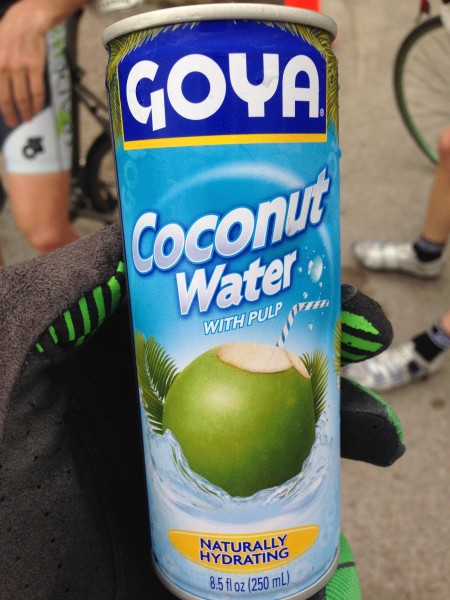 They were handing out this at the finish. Coconut water with chunks of coconut in it. I drank/ate 4. 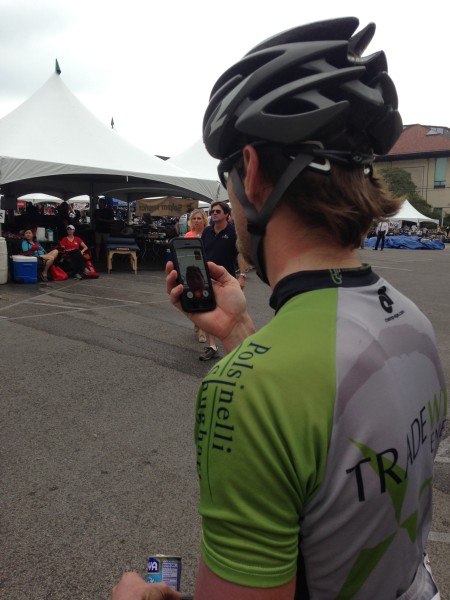 Brian was Skyping with his mom in Denmark at the finish. She was wishing him happy birthday. Pretty incredible. 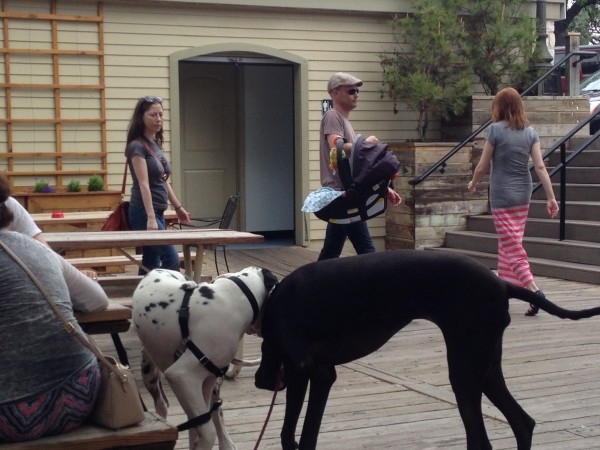 I stopped at Mozart’s coffee before I headed out again. This guys were on the porch playing. 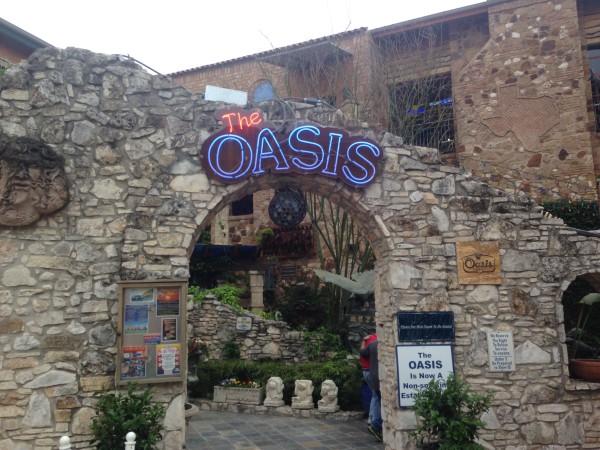 We went to the Oasis, a place overlooking Lake Travis last night for dinner. 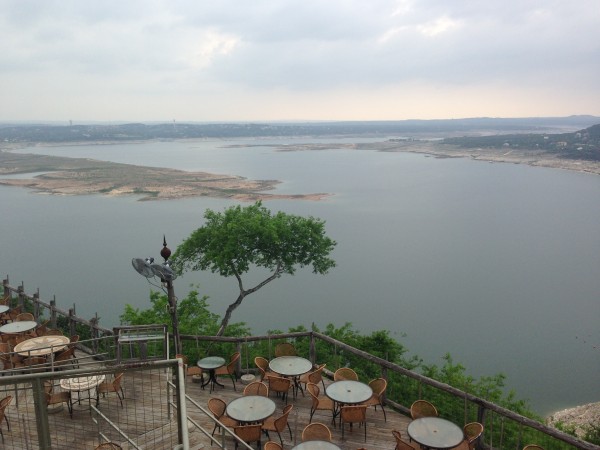 The place is kind of cheesy, but the views are great. The lake is nearing empty though. 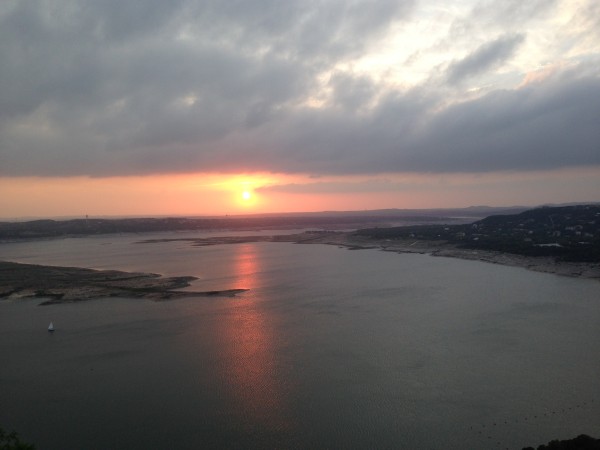 Sunset was nice from the balconies. 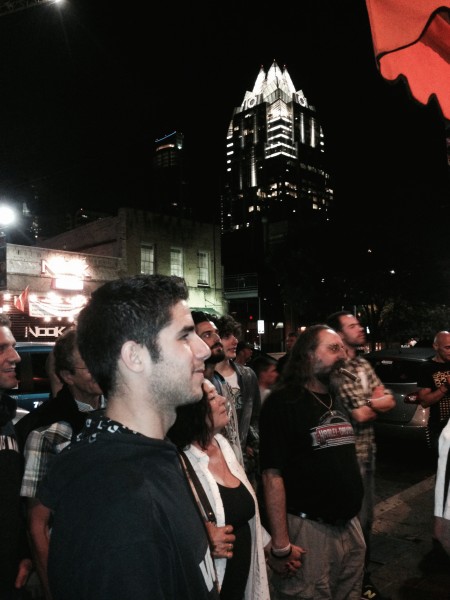 Later last night, we went down to 6th street for Brian’s birthday. The Moto GP was there and it was a pretty crazy crowd. 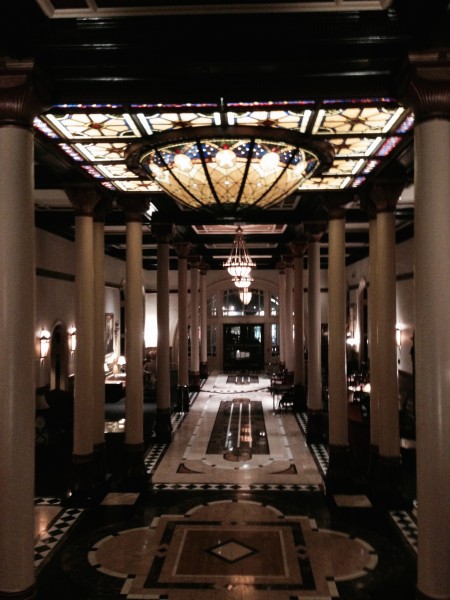 We did a loop of the Driskoll Hotel. It was pretty ornate.

Sunset was nice from the balconies.