I’m putting together a new bike and haven’t ever routed the internal wires for Di2 before. It took a little while to get the hang of it, but after I had it down, it went pretty quick. I was thinking as I was doing it how much different it is assembling a bike now compared to when I first started racing.

Putting a bike together now is really easy compared to the “Campy days”. Just putting the downtube Campagnolo shifters on used to take a while. So many pieces, grease, etc. All you do now is put the levers on the bars and it is done.

Stems and handlebars are a breeze now that the stem have removable faceplates. That was a big upgrade in my opinion.

The bottom brackets too. Cup in each side and done. No more bearings to mess with, grease, adjustment. Easy.

The Di2 wires are a one time deal. You put them in and never again have to mess with them, in theory. Changing cables is a thing of the past. And a good thing too. I hated internally routed derailleur cables. Tensioning them was a hassle. The whole thing was a hassle.

But no matter how much easier the bike setup is now, I do miss the process of tuning a bike before a race.

When I was a kid, working at a bike shop, all the guys that were going to be racing that weekend would get together and nearly completely rebuild our bikes. Bottom brackets, hubs, headsets, all the bearing. Depending on how important the race was, we’d sometimes use oil instead of grease to lube our bearing, knowing we’d have to just take them all back apart and put grease back in them.

I have fond memories of those days. The camaraderie was the reason it was so memorable. And the learning process of how a bicycle really works.

I think it is sort of a lost art. Many guys I ride with now can hardly adjust their derailleurs, let alone rebuild a hub. There is a huge advantage, being a bike racer and knowing exactly what is going on with your bike. Hearing an odd sound and being able to identify it is really important, especially riding off-road. If you don’t know the sounds of your bike, start listening and learning them. It’s important.

Anyway, I guess I’m a little old school in my thoughts, but pretty practical and modern in my practices. Believe me, it a few years, we’ll be saying we used to actually have mechanical cables that ran from the shifters to the derailleurs, and the young guys will look at you like you’re a 100 years old.

Lots of parts in an old Campy downtube shifter. I, many a time, had to rebuild these for guys that put them together in the wrong order. 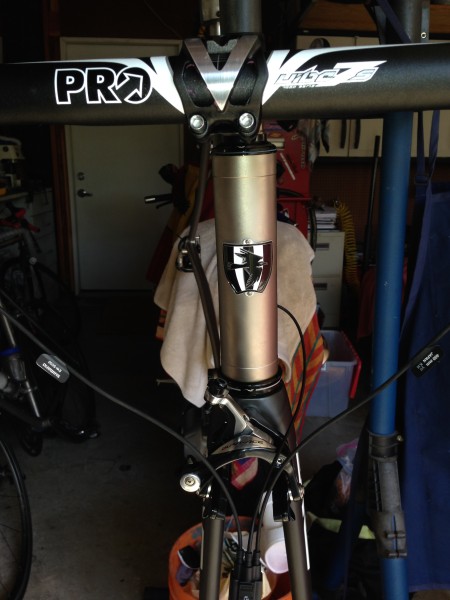 The wires and such don’t seem quite right, but after it is assembled, it looks and works so much better.