I was riding along 29th street the other day, here in Topeka. It is a 4 lane street that is fairly busy. I was going over to Bill’s house to ride. I was thinking about cars passing me and how they were giving me a fairly wide berth, which was nice.

I don’t have any idea how I came up with the mindset that drivers of automobiles would be able to recognize a good rider from Joe Blow, but for some reason I just assumed they did and that is how I’ve always thought.

I must of been out of my mind when I subconsciously came up with this notion, but whatever the reason, it is completely wrong.

I’m pretty sure that nearly all drivers don’t see me any different that the guy that is riding down the street, wearing army boots, on a $20 MTB, that he got at a garage sale. And the reason he is riding the bike is because he lost his license from DUI’s.

I, on the other hand, can look at a rider and pretty much tell you, within few seconds, what caliber of rider he/or she is. For sure if I can watch them corner or stand up and climb. Most of us can. But, assuming that the average citizen can do that is just insane.

What is so surprising about this is just my personal observation of my thought process, or lack of. I hope this is an isolated instance and that I don’t have other delusional beliefs floating around in there. 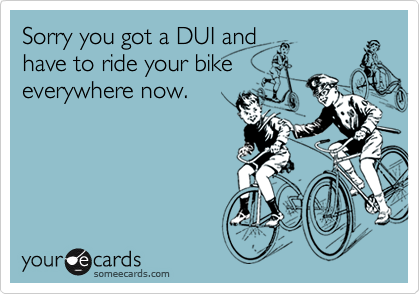 16 thoughts on “Not Logical Thinking”