Ned Overend just smeared all those guys racing up in Cable this morning. I talked to him for a while on Thursday while he was doing the drive from the MSP airport to Cable. He was hoping to just be in the mix. I told him I couldn’t see most those guys having great form, since they are all from Northern climates. There was a rumor that Jerimiah Bishop and a couple other guys were showing up, but I guess not. Ned told me it has been super warm in Durango, in the 50’s and dry. He was worried about not riding in the snow much. Guess that was wasted worry. 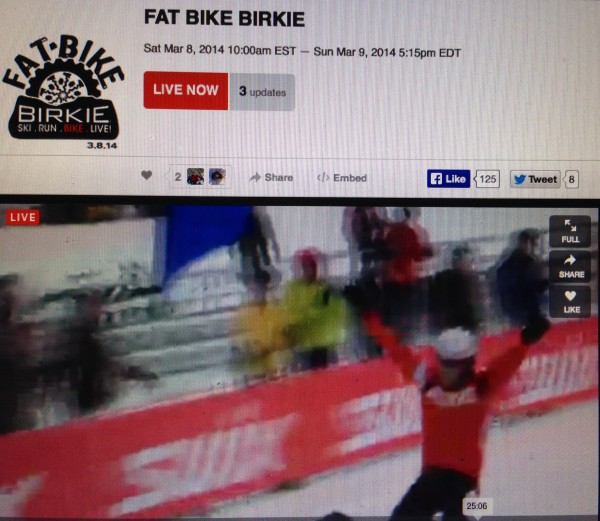