I saw a couple photos from the 1st NORBA Nationals, outside Santa Barbara, on Facebook a couple days ago. Gene Maruszewski posted them on his Facebook page and tagged me. There aren’t that many photos around from that race. At least, not many photos that have been downloaded/turned digital.

I don’t really remember many spectators at the race. The conditions weren’t conducive for cameras. It was raining cats and dogs.

It was just Roy Knickman and myself from the Raleigh Team. Kent Eriksen, who owns Moots, built us a couple bikes the week before and Alexi Grewal flew them out to us. He ended up wearing our jersey too for the race. I think I was fortunate winning the race. It could have gone any which way.

Anyway, I guess I realized that all the guys in the photo below, rode the race, but didn’t really know that they were all riding for Tom Ritchey. That was a pretty stellar line-up. Pretty great photo. 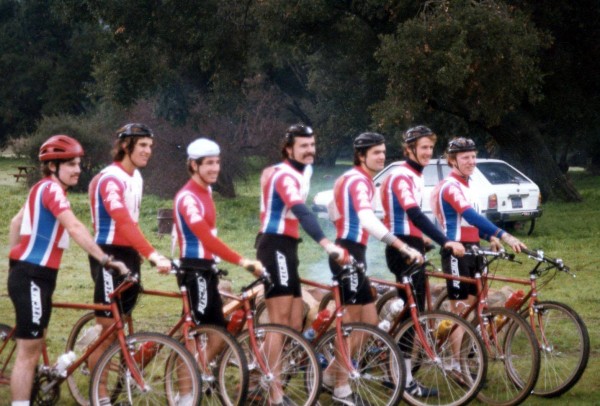 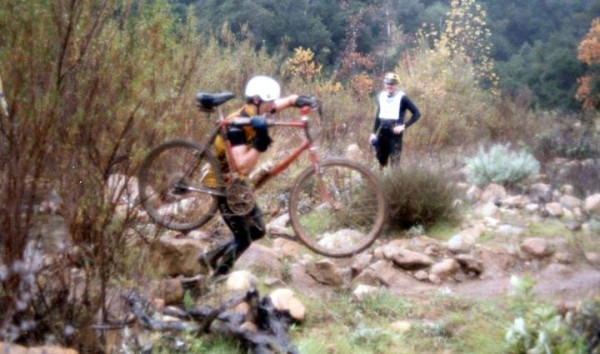 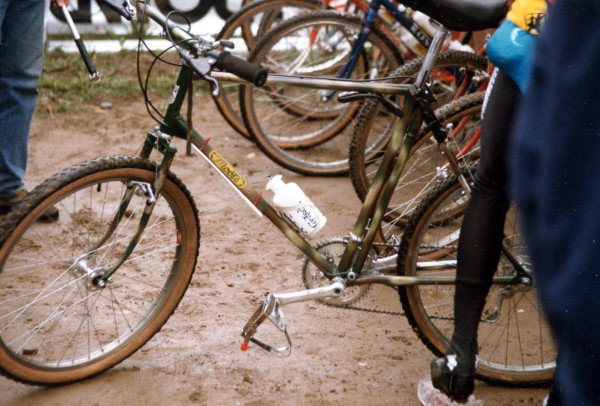 Alexi’s skinny legs at the start, along with his camo Moots bicycle.