There are a few articles on the internet where Chris Froome, current Tour de France defending champion, is quoted as saying that he supports the CIRC (Cycling Independent Reform Commission) investigation and “hopes” that it will put an end to the questions. His quote is actually, “I am hoping that at the end of the day people will be able to say of it, ‘Right, that was that era, we can now put that to bed and stop asking questions about it.”

Chris seems to just have taken over the same stance as his previous Tour team mate, Bradley Wiggins when he “hopes” that people will stop asking him questions. But, why should he hope this, or better yet, expect it?

Last year, Wiggins himself, says that he is positive that Lance was doping when he “returned” to the sport in 2009. But, say that 2009 really wasn’t part of that “era”. I don’t know how far that they both want us to go back to include the era, but let us just say the last year Lance won the Tour, 2005.

I wonder if they both realize that every Tour de France winner, other than Chris Froome, was racing back then. This includes Bradley. So, they were definitely participating in that era of racing.

There is an article at Velonews.com on Chris’ hopes, then right under it there is another article saying how Chris’ competition for the Criterium du Dauphine will include Alberto Contador.

I wonder if Chris remembers how Alberto couldn’t get a contract, after turning Pro in 2004, riding with ONCE/Liberty Seguros, because he was implicated in Operation Puerto. Then, Discovery stepped up and in January 2007, signed him to a contract and he went on to win the Tour de France. Alberto has since had to sit out two years for doping violations.

Chris must consider Alberto part of the previous “era”. He really must understand that, if we use 2005 as the “end” of the era, then most of the guys that win races in cycling were participating in the sport then. Most major Tours and nearly every classic now, curently, are being contested, and won, by riders that were winning those very same races during the dark “era”.

And Chris must of missed the loads of other guys that have been caught doping the last couple years in the sport. And these were just the very, very small percentage of guys that were actually caught.

So, Chris expects that this new investigation will lay this all to bed and “hopes” that the inquiry convinces us all that the sport is now clean and believable?

They need to get off this “past era” deal. If Chris wants us to “believe” in the sport again, then as a Tour winner, I would expect him to say things that make some sort of sense and seem believable. What he is saying is just a bunch of malarkey. 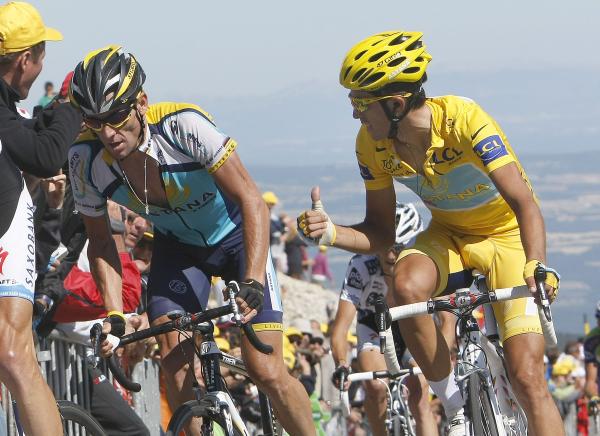 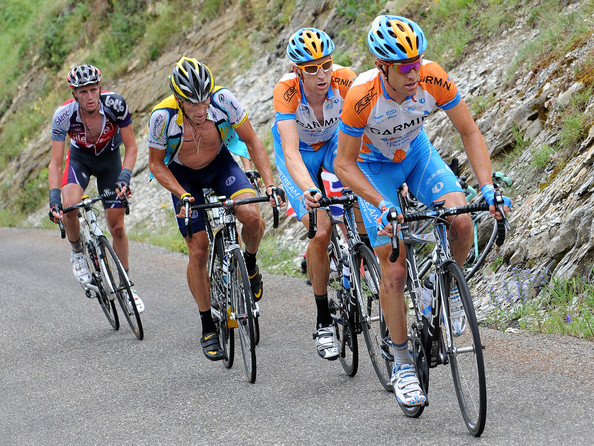 Here is Bradley and Lance, plus David Millar, having a tough time climbing in the Tour.