Yesterday it was predicted that it was going to snow up to 10 inches here in Kansas this afternoon and tonight. Now they are saying maybe up to one foot. But, even if the higher number is closer to correct, I don’t understand why the whole city is nearly shut down. All the schools are closed. When the schools are closed, then it starts a cascade of closings of everything. I do understand if people’s kids aren’t at school, then they might need to be home to watch after them, but compared to when I was a kid, this is ridiculous.

I think it comes down to how children get to school. When I was a kid, nearly everyone walked to school. I rode my bike, but on a day like today, my mom wouldn’t have let me ride, even though I most likely would have if she wasn’t involved. Anyway, not nearly all children are taken to school by either buses or parents. So when the roads might get iffy, they just cancel school, thus pretty much close down the rest of the city/economy of the state capital. It doesn’t seem quite right for something as common as a normal snow storm.

Maybe it is because of Atlanta last week when they got shut down by just a couple inches of snow. Kids had to spend the night in their school buses that were stuck in traffic. But cities like Atlanta and Dallas don’t have any means to deal with snow removal. We do.

I heard today how many trucks and plows the city plans to have out today, something like 200. I know there are 1000’s of miles of public streets, but you’d think with that infrastructure already in place, you’d think that we could weather something like this.

I think society needs to re-address how our children get to school. Obviously, it plays a huge part in how our society flows. Most of time it works, but when it doesn’t work, it all comes to a standstill.

I think I’m going to be shoveling a fair amount of snow today for exercise. I only use steel snow shovels. I can’t believe how pitiful the snow shovel selection is nowadays. Plastic snow shovels are nearly valueless for anything but power snow, or maybe if you’re shoveling a wooden deck or something. I have a couple steel shovels that have been around for decades. They just keep getting shorter, but they work great.

I rode a couple hours yesterday and am really not big on indoor training, so I’m not to that point yet. I’ve only ridden 13 times this year, according to Strava. And a couple of those were pitiful, ride around town jaunts, so they don’t really count. Snow shoveling is probably the best thing for my shoulder. It’s been nearly a year and it only works about 70% at best. I’m not sure it is going to get any better, but that is just life I suppose.

Alright, that is about here for the snow bound Midwest. I could use a fat bike right about now. 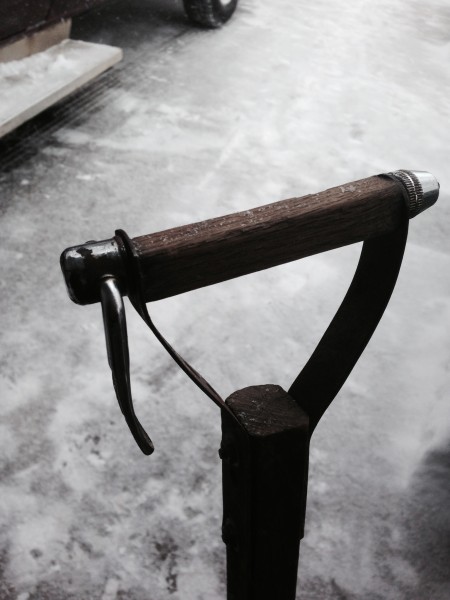 My favorite snow shovel has a quick release skewer for a handle. It used to be Campy, but now, for some unknown reason it is a Sachs skewer. 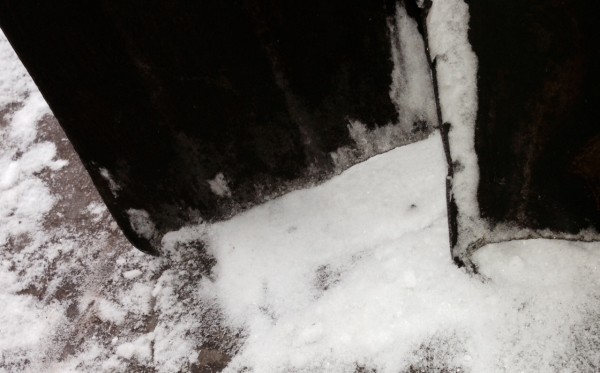 The blades of the steel shovels are curled and short. 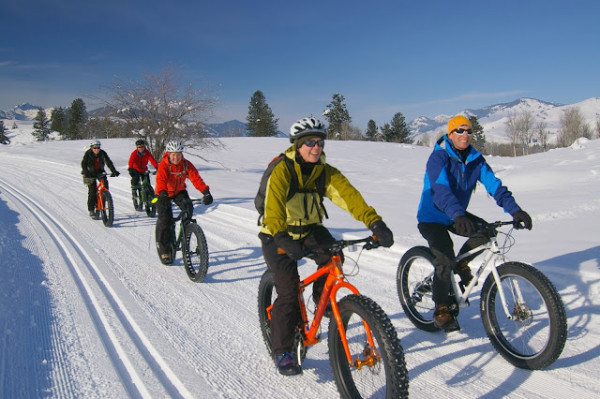 These bikes are selling like hotcakes now. I heard Specialized can’t keep them in stock.
If I was skiing on fresh corduroy and these guys were riding on it, I’d be mildly pissed. I don’t know what the etiquette is, but I’m pretty sure they don’t belong on the same trails this time of the year. 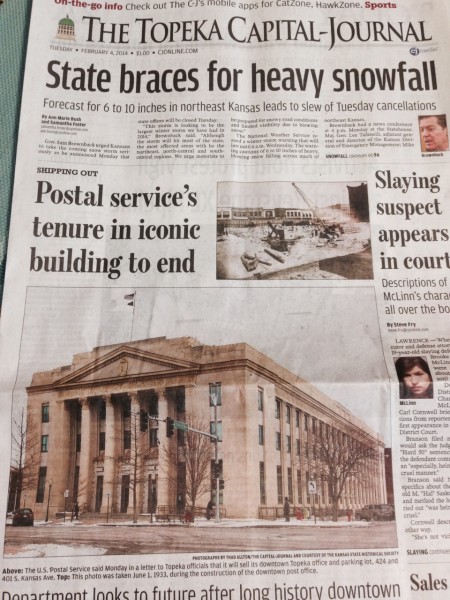 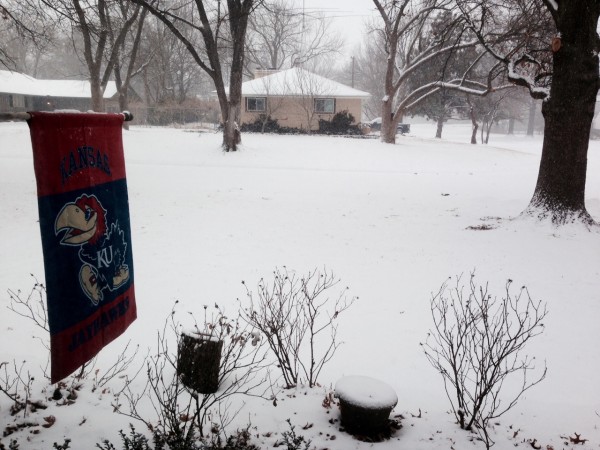 It just started snowing and it is coming down pretty good.