When I grow up I want to be my dog. I can’t really say that I want to be just any dog, because many dogs don’t have a great dog life, but I would be good with being a dog of any dog person that is an athlete or active person.

Bromont has a great life. He virtually never gets left behind. He is with his people 24/7. He doesn’t have to worry about anything, even though he does seem to stress about things, but that must just be his nature.

When I get in the van and have to drive days, Bromont just takes his slot in the back and sleeps. And he sleeps better than any dog I’ve ever seen. He can sleep the whole day driving and never once get out to pee or poop. When I stop to get fuel, he will lift his head and look at me to see if I want him to get out. If he doesn’t get the right look, whatever that look is, he justs goes back to sleep.

Bromont has been to somewhere between 500-750 bike races in his lifetime. He is a professional bike race spectator. He really only gets excited at the start, when I am not around. By the time the race is over, he is back in the van, sleeping on the backseat. Sometimes when I race and it is really hot out, I just leave the van doors open. I always park in the shade, but if it is super, midwest hot, that isn’t good enough for a dog. A few times I’ll finish and he’ll be hanging out with someone else, getting pampered.

Bromont is much of a other dog type dog. He likes people better than dogs. But he has made an exception for Vincent’s dog Jack (Jacque). Jack is very loyal to human and to Bromont. Bromont and Jack just play all day while we work. They love the snow and sticks. Bromont isn’t much of a stick type dog, but he doesn’t want Jack to be having all the fun.

Anyway, I hope there is reincarnation and I come back as a dog. Or an eagle if all the dogs are taken. I wouldn’t want to come back as a human. I’ve already done that. 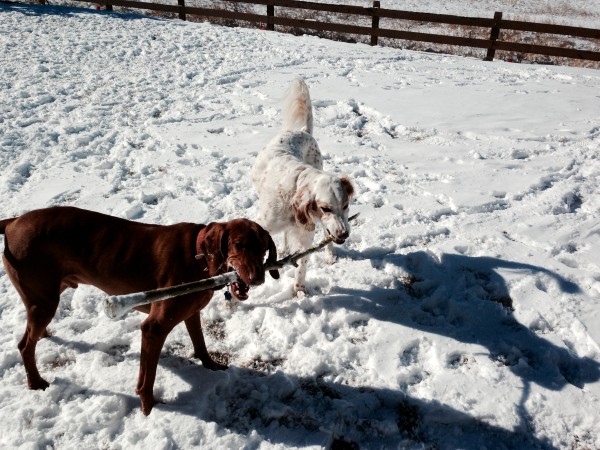 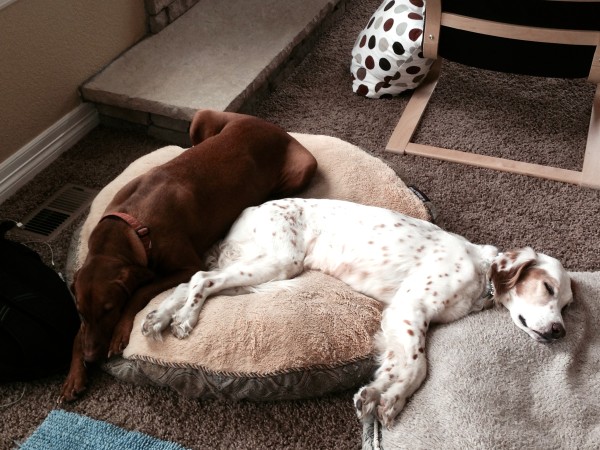 Down time is important for dogs. 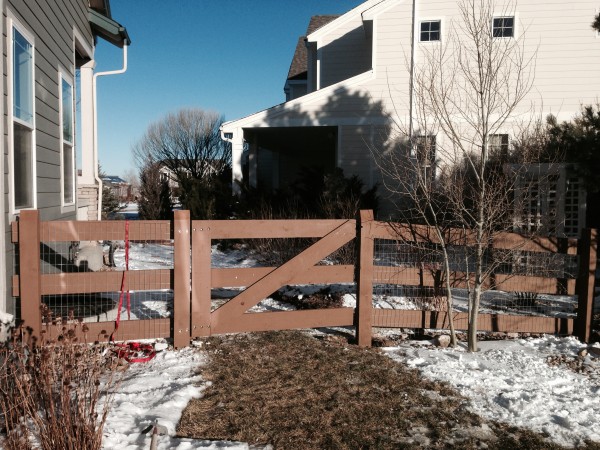 Vincent made the gate. It is pretty sturdy. I hate gates after a year or two. We’ll have to see about this one. 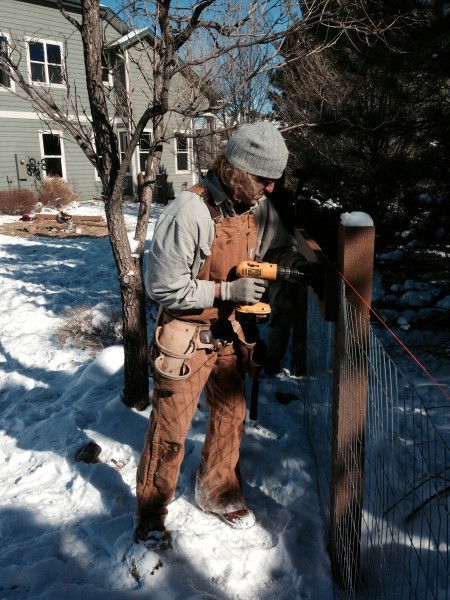 I had to wear insulated Carhart bibs yesterday. It never got warm, but in the afternoon when it got windy, it was unbearable once again. 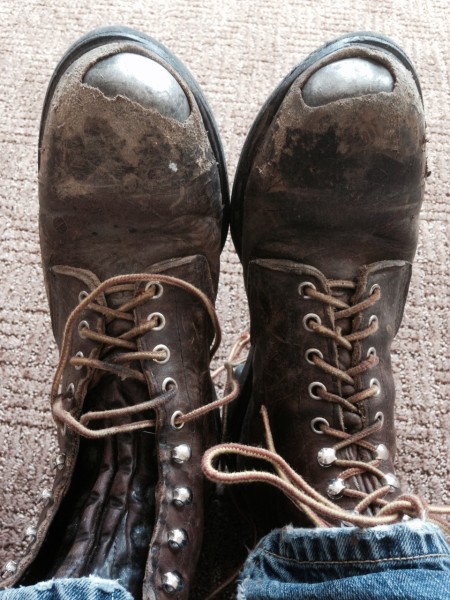 These are my favorite work boots. The are Redwing, obviously steel toed. I shouldn’t use them for tiling or cement work, but I always do. I should know the model number, off the top of my head, but I don’t. They come in different widths and last forever. The laces never wear out. 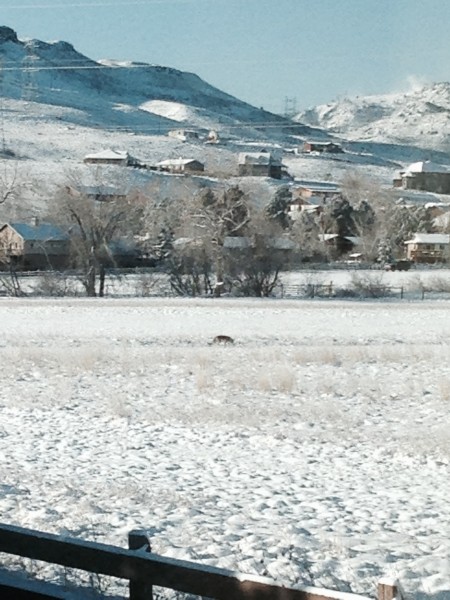 This coyote has been hanging out in the green space behind Vincent’s house ever since we got here.