I finally got a bunch of sleep last night. From a little after midnight to nearly 9:30. It doesn’t catch me up, but it is a good start. I couldn’t really ask for more.

I can’t say that this past year is one that I would like to repeat. It has been the hardest year of my life. But, even if every year from this point on, would be similar to 2013, I am good with it. I have a good life. A rich life. I think I appreciate it appropriately. I realize, mainly through travel, that I am one of the lucky few that don’t really have to toil to live. So many people on the planet have to spend nearly every waking moment on survival. They can’t let their guard down, even for a second, or they, or their children will perish. And even if they don’t, they might still perish prematurely. My “hardships” are nothing compared to this majority. I remind myself of this constantly. As we all should.

Yesterday, I spent most of the day in the fray. The people seemed to be happier than years past. I’m not really sure why I have that perception. It is probably me and not them. Not saying it’s related to whether I’m happier or less happy, but I must be looking with a different mindset to start. It didn’t seem like everyone was in such a rush, less stressed. Which is always good when it comes to a holiday. Whatever the reason, it was nice, relaxing.

I saw on Cyclingnews, that Sven Nys stopped by and visited all the American that are over in Belgium during the holidays, at the Euro Cross Camp. I’ve always been a big Sven fan. Not solely because of his results, but because of his regiment. To me, it seems like the guy always crosses all his t’s and dot’s all of his i’s preparing for races. That is something that I try to do myself. Plus, Sven usually tries to maximize his finish when mishaps occur, which they always do in cross. Anyway, I bet those kids over in Belgium were super excited about meeting him and it was cool that Geoff Proctor arranged it for them. And super cool Sven took some time out of his rock star schedule to make an appearance. If you want to watch him in action, there is a World Cup tomorrow morning in Belgium. Click here for the links at Cyclingfans.com.

Like I said above, this year was challenging. When you can’t plan ahead, because of injuries and health concerns, it makes life complicated and chaotic. That isn’t good for athletics. I have ridden 9988 miles this year, according to Strava. That is with really not riding for a total of 3 months. I’m missing probably 200 hours, which is huge. It is the least amount of miles I’ve ridden for decades. But, I’m okay with it. It is what it is. I say that, but I put my bike in my van to get to a 5 digit number before the New Year. I think I’ll go out for a ride when I’m done with this. It is pretty sloppy out here in Chicago, but the roads are pretty empty usually on Christmas. And it shouldn’t be too hard to get in the 12 miles that I “need”.

Okay, hope y’all are having a great Christmas Day. Now get off the computer and enjoy your settings. Or create a setting you’ll enjoy. It’s not that hard. Merry Christmas. 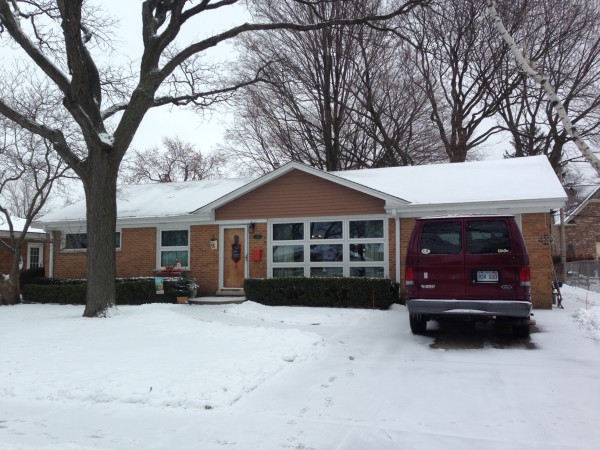 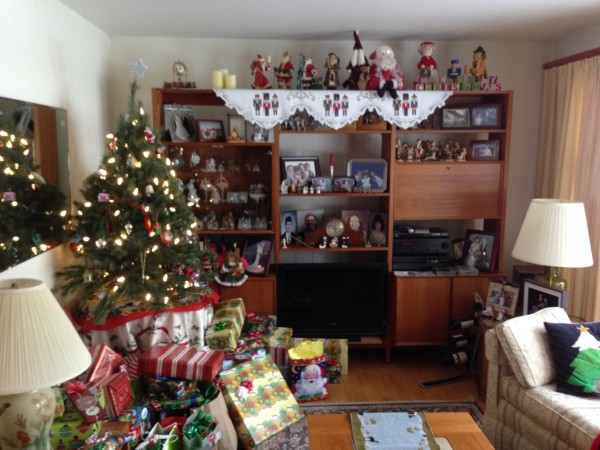 The living room is pretty jammed during Christmas. 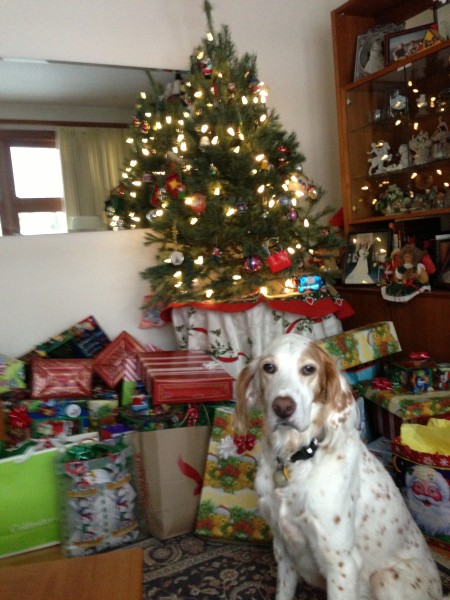 More jammed with Bromont. I can’t not put a Bromont picture on my website on Christmas Day. 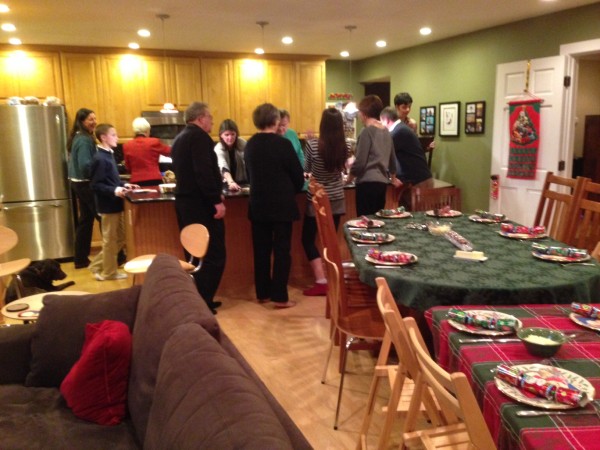 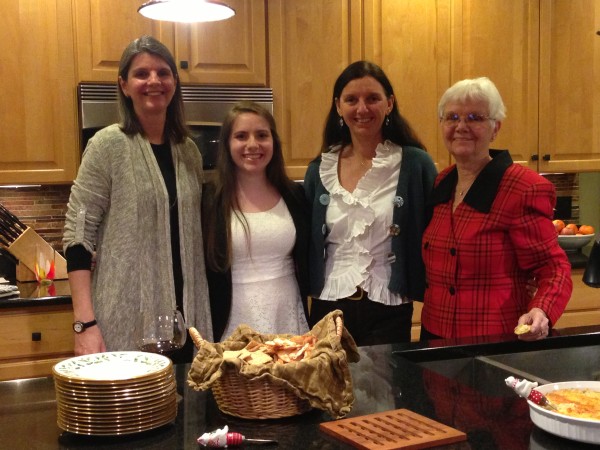 Trudi with her sister Susan, neice, Hannah, and mom. 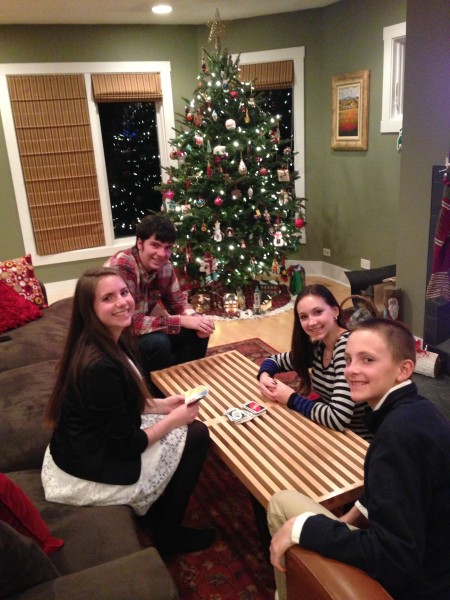 Her nieces and nephews. Hannah, Parker, Madeline and Alec. At the kid’s table. Seems like they might have out grown it.