Yesterday was the date when Johan Bruyneel was going to get his chance to defend himself against the evil USADA and all the riders that they coerced into testifying against him and Lance, by offering a lighter sentences. It doesn’t surprise me much that I don’t think it started. What surprises me about it is that I haven’t heard a peep about the non-event, or event, from any of the cycling media. You’d think that there couldn’t be much bigger news around than the start of this hearing, or the non-start it seems. But, nothing.

It doesn’t really surprise me that Velonews didn’t do an article about it.* Many times, Velonews seems to be more like stenographers than cycling reporters. A lot of the times when I read an article there, it looks like the person being interviewed wrote it himself and the questions being asked are pre-arranged, not to upset the status quo. But I would have thought that there would of been something on Cyclingnews about it.

I don’t think that Bruyneel is ready to spill his guts. I think he will eventually. But, it might be more than a decade before he feels so inclined. I very much doubt that his tell-all book is going to tell-all. It takes a while for these guys to get mad enough at each other that they feel no loyalty and obligation to keep mum. Plus there is always the threat of civil liability to keep one quiet, until all the statutes of limitation run out.

USADA alleges a 14 year span of doping violations. That is a least as many, maybe more, than they pursued Lance for. I wonder if Johan is going to feel that a lifetime ban is too harsh of punishment for that, like Lances does.

Lance did an interview with La Gazzetta dello Sport earlier this month. He said that “My punishment is a thousand times bigger than the ‘crime’ I committed.” I wonder if he really, truly believes that. If so, I’m not sure what to think.

Let me think, Lance won 7 straight Tour de Frances. He amassed a net worth somewhere over $130,000,000. He was arguably the most famous athlete on the planet for a period of time. During that period, he was flying around the world in his private jet and hanging out and dating rock stars. Or he was flying around on Air Force 1 and going to the White House, or riding MTB bikes with George Bush at his ranch. He pretty much was doing whatever he wanted with whoever he pleased for close to a decade.

And the penalty for the fraud he committed to obtain all that, the fraud to the sport, his fans and the world in general, was that he can’t race bicycles anymore. That is 1000 X worse than doping in the sport for over a decade? I think not. Not even close.

I agree that not being able to compete athletically in any sanctioned sport would hard for me to endure. But his idea that the punishment for what he has admitted doing, and penalty for doing it, a lifetime ban, is too severe, is just plain ridiculous.

The civil lawsuits are going to take a chunk of the money back, but not close to all of it. They will all be settled and Lance will be a gazillionaire still. I hope in that respect, he would admit that he did alright. And his lifetime experiences, I guess he doesn’t have to give them back either. Too bad they can’t just erase a person’s mind when they steal life experiences from others. That would seem just.

*Velonews did this little blip just now. Guess they decided not to actually talk to anyone to find out what happened. They used the line- “Two separate United States Anti-Doping Agency staffers — CEO Travis Tygart and media relations manager Annie Skinner — both declined to comment on the Bruyneel case in recent days.” Recent days, beautiful. 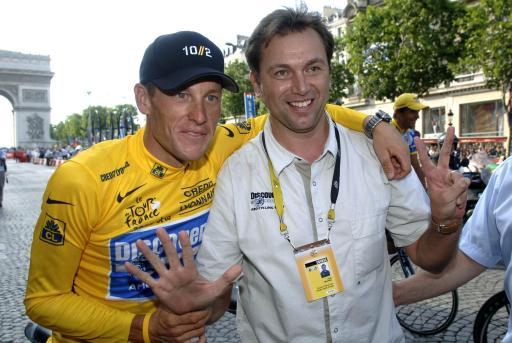 Lance and Johan, in Paris, after 7 straight Tour wins.

You can see by the photos below, that Lance sure had a sucky life, so the punishment of not being able to race bikes is so severe. 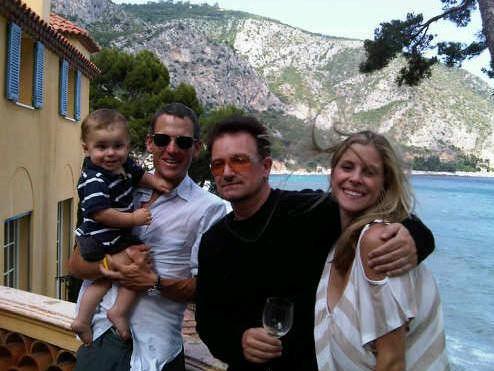 Lance and Bono, of U2, having lunch on the French Riviera. 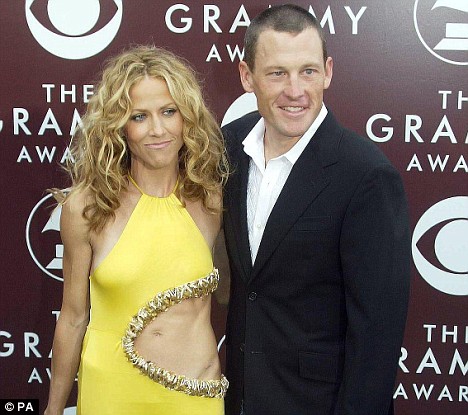 Lance and Sheryl at the Grammys. 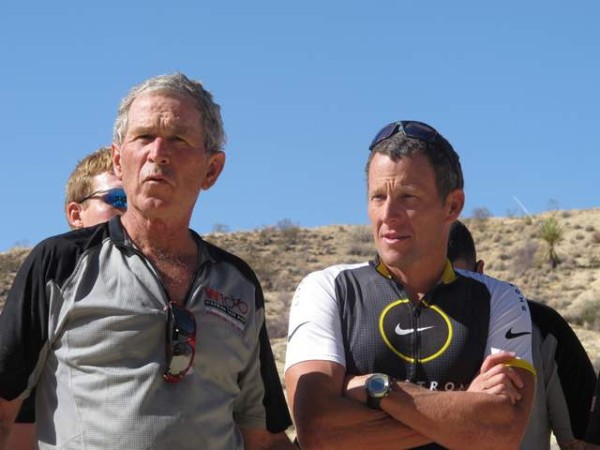 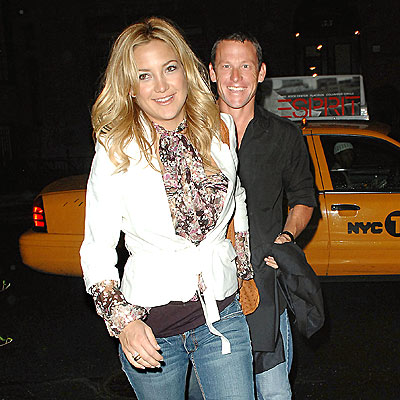 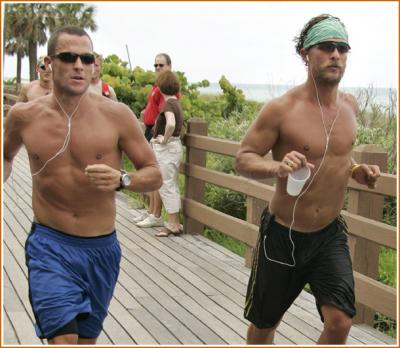