I wrote a post over a year ago about how it had been bugging me for years about what exactly happened at the end of the Triple Crowne series race in Philidelphia in 1993. I knew for a fact that there was a ton of money that exchanged hands, but couldn’t quite put all the pieces together. The main reason was that a bunch of the guys that rode for Coor’s Light were good friends and they swore up and down that there wasn’t a deal. I guess they were worried more about insurance fraud, or something, than just saying no comment. I’m just going to attach the piece I wrote last year to the bottom of this post, it’s just easier than going over the whole thing again (sorry if you read it already).

Anyway, Roberto Gaggioli finally told his side. Roberto would have been the guy to beat, so maybe he demanded a higher fee. I really don’t have much to add. It wasn’t unusual to be making a deal in the sport of cycling back then. But when you are taking money from an insurance company, a whole lot of money, not just the race winnings, it gets more than a little shady, approaching criminal. I suppose the statute of limitations has expired on the whole deal, so that money is long gone. I guess Stephen Swart must have a bad memory or maybe just got flicked by Roberto on the split. He said it was 50K.

Cyclingnews did the whole piece, but the most interesting parts to me were – “Two laps from the end, I was in a breakaway with Lance, Bobby Julich and some Italian riders from the Mercatone team. When Lance made a sign, I turned away as if not to see that he had escaped. He broke away to win on his own.”

I’ve been trying to put the pieces of this together for nearly 20 years and just by chance, I saw this article that finally confirmed what I already knew. It is about the Pro Championships in 1993 when Lance won a million dollars.

I was racing the Triple Crown of Cycling back in 1993 when Lance pocketed the $1,000,000 for winning The Thrift Drug Classic, The Tour of West Virgina and then Philadelphia (US Pro National Championships).

Lance won The Thrift Drug Classic, destroying most of us, by nearly lapping us on a long loop. Ron Kiefel, Coor’s Light, finished 3rd. In West Virginia, he rode away with Micheal Engleman, Coor’s Light, never to be seen again.

So, it came down to Philadelphia and the US Pro Championships. I don’t really remember much of the race until it got important. I remember, very clearly and vividly, how fast Lance rode up Manayunk Wall when he dropped us. I was at the front of the field taking the right, right, left approach to the hill. When I came around the left, Lance came by like he was on motorcycle. I didn’t even stand up to attempt to go with him. He was over the top before the rest of us were 2/3 the way up. It was a joke.

Lance bridged to a break of a couple Euros, plus I believe Roberto Gaggioli, again Coor’s Light. I’m not positive it was Gag, but pretty. Anyway, we ride around a lap a couple minutes down on the break and then, poof, the next minute Lance is riding by himself. And what was weirder, we were catching the remaining riders of the break and no one was chasing.

I was thinking, how weird is it that those guys just shut it down when there is so much money on the line. I think it was still $15000 for 2nd and $10,000 for third then. So, we caught the rest of the break and there was still a big lap and then the small laps at the finish. This is when I realized it was fixed. Coor’s Light put their riders at the front and were rotating “chasing”. But the deal is they weren’t chasing at all. That wasn’t the sign though. The sign was that Davis Phinney was rotating in the “chase”, even though 100% for sure they were going to be working for him if it came down to a sprint. I knew that they had been bought.

After the race I talked to a couple of the riders from Coor’s Light that I knew very well. I asked them what was the deal. They said that it was not fixed. I didn’t believe them and actually asked them again later after a few months past. Again, no.

These guys were/are pretty good friends, so I sort of believed them. I did understand that there was a lot at stake and that if it leaked out, then all hell was going to break loose.

A few years later, I was staying with Andy Bishop in Burlington Vermont. Andy is a friend who was riding for Motorola when Lance won. He was in the race. I asked him about the deal and he said that it got all screwed up. That originally, no one from the Motorola wanted to come over from Europe to race, so it was just a small team. But after Lance won Thrift Drug and then West Virginia, everyone wanted a share. He thought he was going to get a 6 figure split and when it all came out in the wash, he got only a fraction of that.

I realized at that point, there was a lot of money unaccounted for and that my observation was most likely right. I figured that Phil Anderson, Lance’s Motorola team mate, was going to get the money, probably have it deposited in the Isle of Man, then get cash and give it over to everyone they paid off. No way to trace it, all clean and tidy. But, I realized that I was never going to know.

That was until I saw this article that says that Stephen Swart, a New Zealand rider for the Coor’s Light Team in 1993, later for Motorola (admitted EPO use while riding for Motorola) did a sworn testimony, and in it he said that they(Coor’s Light) were paid $50,000 to not race.

Finally, I have the answer. This had be buggin’ me for a while. Funny how that is. It was just one of those things that didn’t add up.

Man, when it rains it pours, concerning cycling “scandals” recently. But, finally clarification of a question that I already knew the answer to. I guess that real secrets are hard to kept and that time has its way with them. 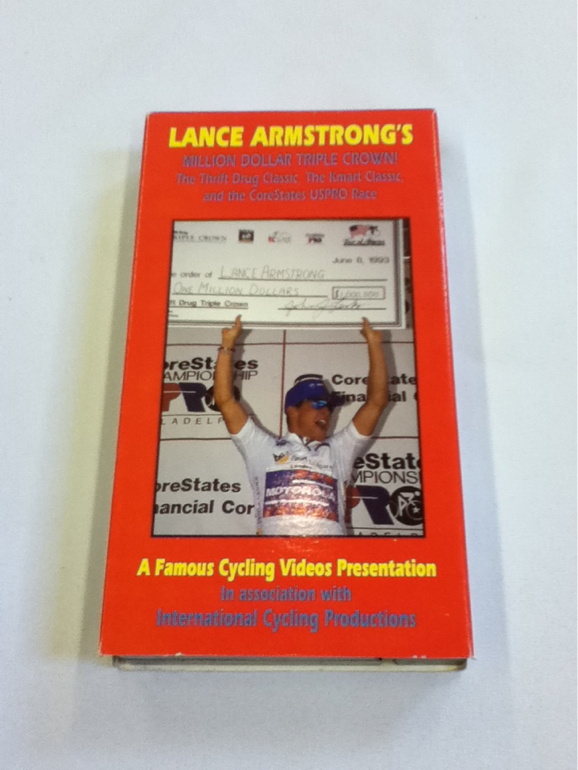 They even made a video tape of the miracle.

If you want to watch a little make believe bike racing from back in the day, feel free.