Yesterday took a bunch of twists. I like days like that, usually. Days you think are going to go one way and they end up going another. I went over to the Walberg’s to finish up the tile floors. I was planning on riding to Lawrence on gravel, but when I went out to leave, my van wouldn’t start. The batteries are toast and I’m trying to wait until after the weekend to change them. It takes a few hours. So, I just got in Catherine’s car and drove home. Both Keith and Catherine are out in Seattle now, so no one was going to miss it.

I get dressed quickly and was just ready when my friend, Ian, showed up to ride. It was a little ugly pedalling. I’ve sort of felt like I’ve had a mild cold or something the last week or two. I think it’s probably just allergies, plus driving 1000+ miles, and standing a ton. Whatever the reasons, my legs were super flat. We had a 20 mph tailwind on gravel riding East towards Lawrence on the River Road. In the back of my mind, I kept thinking how ugly it was going to be riding back West home. Ian had to abandon me to get back to work by 5pm, so I was on my own after 25 miles. I got to Lawrence relatively unscathed, but knew the ride back was going to be much harder. I got a cup of coffee and a donut and headed back.

I was surprised that it didn’t seem that much harder riding back. Maybe the windblock on the gravel was more than I had anticipated. Anyway, I was better than I thought, even though I was dragging. I called Bill and he was riding out to meet me. He had to go and help his Aunt with a roof issue, so he couldn’t start with us. Bill met me about 12 miles out on his road bike. By then I was in steady state, so it was what it was. I got home, not destroyed, but pretty tired.

Tuesday is the easy night, beer ride, for the local guys. I thought I’d go and see if my van would start, come back, get a beer with the guys and then work on my MTB bike. It all went good, van immediately started, met up with the guys before it got too late, and then went over to The Burger Stand to eat. Sometimes when I do longer, 4+ hour rides, eating red meat seems to add recovery. Maybe it’s only psychosomatic, but it really doesn’t matter. I don’t eat much meat in general, so I don’t worry about it.

Anyway, right in the middle of a burger, I get a text from Dave Wiens. I have known Dave forever, we were inducted into the Mountain Bike Hall of Fame together, but it is unusual getting a text from him late at night. He tells me that his guys from Western States, in Gunnison, are driving to Collegiate MTB Nationals in North Carolina and that they hit a deer near Topeka. He wanted to know if I could help out. He said he thought they were towing the van and trailer to the Ford dealer in Topeka and after that, they had no plan.

So, I text Dave back and said I could help. My mind started going over the different options and I figured that the best option would be that I just meet them at the Ford dealer, hook the trailer to my van and send them on their way. Hopefully, next week when they were driving back through, their van would be repaired and they would trade back. I was a little worried about how many of them were in the van, since my van is only a 12 passenger and Dave said they were driving a 16 passenger.

Dave texted me back and said they got their van moving and that there were only 4 in the van. Next thing I know, I get a call from the college guys saying they were pretty much in Topeka and wanted to try to get their headlight up and running. I imagined the worse, so I told them how to get to a Walmart, to get a headlight, and rushed home and grabbed a ton of tools from my garage. I grabbed a couple crow bars, a come along, a few different mallets/hammers, plus wire, Gorilla tape, etc.

The guys from the beer ride wanted to check out the situation, so by the time I got there, it was a small herd of people standing around looking at the damage. It wasn’t bad at all. Pretty much the right side was smashed, but not bad enough to push the fender back into the wheel. The headlight assembly was toast, but other than that, it was fine. I asked about the rumor of towing and they said that when you run into something in a van, there is a turn-off system and they had to flip a switch under the dash to allow the vehicle to run again. I’ve never heard of something like that.

Right then, the kids from Western States came out of the Walmart with a single light bulb. I told them that they needed the whole sealed light, not just a bulb. They were pretty lucky that they were driving a Ford van that doesn’t have a custom headlight and takes just a standard, dual beam, square headlight. We went back in and got the right light assembly. They were also lucky the still had the housing to mount the light. It was a pretty easy “fix”.

I pretty much just wired the light back into place. I had to drill a few holes into the plastic housing, wiring it back together and to attach the light assembly back to its position. It took maybe 20 minutes and they were good to go. I asked them if they wanted to stay, but they had to drive straight through because they were picking up the rest of their team in Asheville today.

We sent them over to an all-night local Mexican restaurant and off they went. I sort of wanted just to drop everything and head off with them. It would have been refreshing hanging with those guys for a few days. They had so much enthusiasm. I texted them this morning, but haven’t heard back from them yet.

I slept until 9:30 this morning. I haven’t slept that late for months. I still have to work on my MTB bike and do all the rest of the stuff I didn’t do yesterday. I decided that I’m going to go over and ride the Berryman Epic MTB race on Saturday. It is 56 miles, virtually all singletrack, South of St. Louis in the Mark Twain National Forest. They added 8 more miles of single track, so it really is nearly all singletrack. I don’t really have the form for a 4 1/2 to 5 hour MTB race on rocky singletrack, but that shouldn’t stop me. I’ve won the race the last couple years, so I don’t have anything to prove, but it is always nice to ride good where you’ve won before. I’m going to rest up, there is no reason to be tired for a long race like this. Brian is doing the race too, so we’re going to drive there early Friday, ride just a little and then race on Saturday. It should be fun. 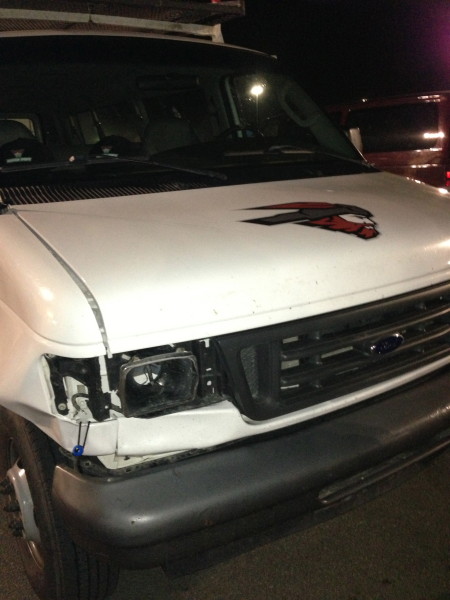 Hardly a flesh wound. I expected much worse. 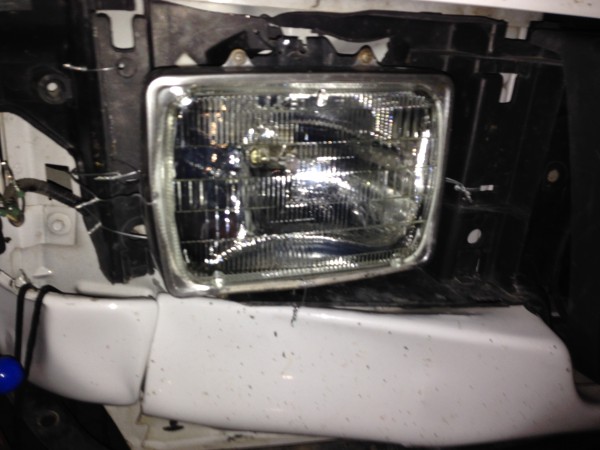 I just wired it back into position. 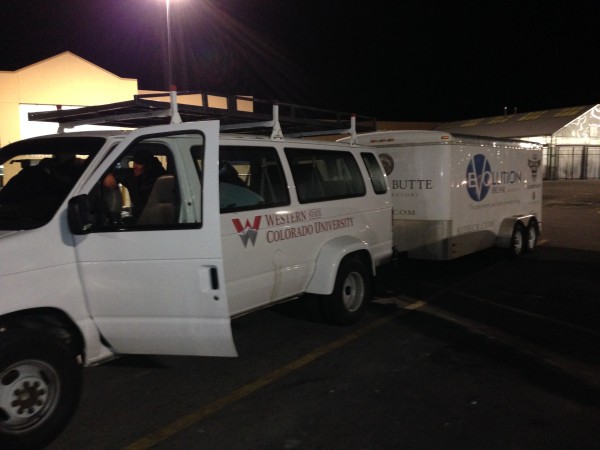 It’s a good thing they didn’t try to swear to avoid the deer with this setup. 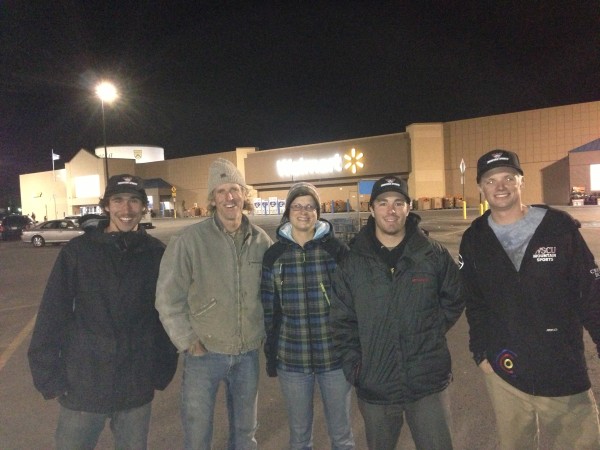 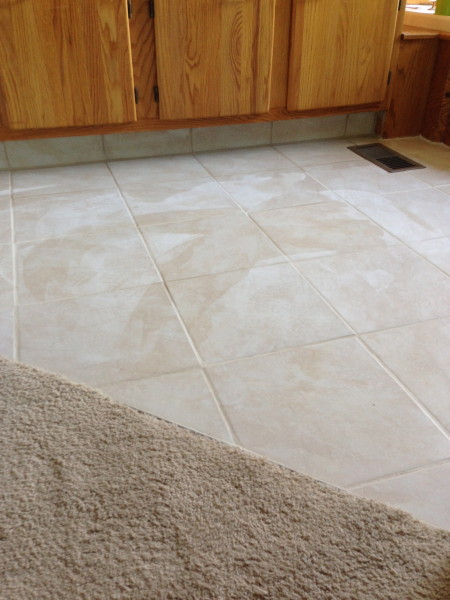