I hate doing this little micro rant on a nice Sunday morning, but the frustration has just been festering and I want to move on. Yesterday I was listening to NPR in the morning and decided to participate in the system and write to my representatives in Washington to tell them how I feel about what is happening currently with the government shutdown and the debt limit problem.

I have rarely done this. Maybe two times in my life. The first time was when smoking on airplanes was allowed and I wrote all the Senators and Representatives in Kansas, plus Jesse Helms, a Senator from North Carolina that was heading some committee that was involved with the legislation. I got a form-ish type response from Jesse telling me that he represented the State of North Carolina and that he had no intention of supporting the legislation to ban smoking on planes. I wrote him back, thru the US mail, telling him my view, that he was one of 100 people in the Senate that represented the whole United States and that he needed to be looking out for the health of our nation, not only citizens of North Carolina.

And that is my issue here. I attempted to email both Senators from Kansas, which I did, along with all four members of the House. The reason I am so worked up is that only one House of Representative member would accept an email from me. The other 3, after entering my zip code, informed me that they only accept email from people from their districts.

What a crock of shit. Do these elected people thing they only represent people that live in their districts? I hope not. Because I think that the majority of people of any given state, believe that the people they elect represent all citizens of that state. I personally believe, all these people that all the states elect to work in Washington D.C. represent all the people of the United States, not only people from their state.

I’m wondering if they only accepted financial donations for their elections from people and companies of their districts? I really, honestly don’t know how this all works, but I’d bet about anything that they all accepted money from about anyone that could legally give it to them. And probably from others too. So if they can and did accept money to be elected from other entities not in their districts, then I believe, they have an obligation to, at the minimum, allow any person from the State of Kansas contact them and give them their opinion on any given subject that is pertinent to the State. Actually, I think they should have to receive contact from any citizen of the United States.

There are only 100 Senators and 435 House of Represetatives members. I don’t have a beef with “my” Kansas Senators. But I do with 3 of the Representatives. The major power of the House is to pass federal legislation that affects the entire country, not just their specific districts. This legislation has to be passed by the Senate and then signed by the President. This legislation affects the ENTIRE COUNTRY. I wonder if they missed that in their election cliff notes.

The government shutdown and debt limit crisis issues are critical to our country’s stability. They need to address the issue, quit posturing and do what is in the best interest of our country. Everyone knows that we have to extend the debt limit and eventually fund the government. If not, our country can not function and the world would go into a financial crisis that would make the housing crisis look like a skinned knee. So I can’t understand why we let this get to this point, the 11th hour. But, that isn’t the point of this rant.

I’d bet that many House and Senate members from many other states have the same filtering systems on their websites. These people are elected by us to do things for us that look out for our best interests. And they have an obligation to listen to us when we feel the need to express our views. And by listening, I mean something as simple as accepting our emails. It is an insult to all Americans when our elected officials deny us the chance to participate in the system. And it is just plain wrong. 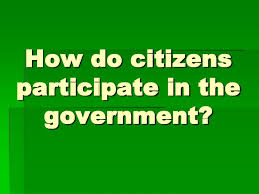 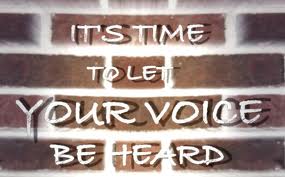 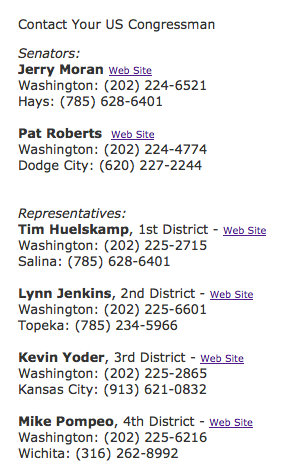 Sham on you Tim Huelskamp. And shame on you Kevin Yoder and Mike Pompeo.

14 thoughts on “Some Representation ???”