I’ve never thought much about being from Kansas. When I first started racing, no one I raced with had ever been or even considered going to Kansas. I convinced a bunch of other juniors that here in Kansas we only had 2 paved roads and one stop light where they intersected. I also convinced them that the showed the Wizard of Oz every Friday night and most of the people watched it.

A couple years later, I got good enough to ride the Red Zinger/Coor’s Classic. It was thought of as a mountainous stage race by most everyone including the fans. Usually the prologue was a short climbing time trial. When they would call me up to the line and announce my name and hometown, the crowd would instantly get loud, mainly laughing. I guess it was amusing to them, thinking that I was from a place, where they presumed, was the flattest place on the planet.

Flash forward am a bit, I started racing the full time MTB circuit. If I thought the response I received at the Coor’s race from the spectators was loud, it was nothing compared to being announced as the first Mountain Bike National Champion from Kansas. After many races, strangers would come up to me, saying the weirdest things. Like, “We only stopped by to see what was going on, but when they announced you were from Kansas, we stayed to the finish to see if you could finish.”

I’ve heard it all. Driving back through the border control from Canada, the woman asked me where I was from and I said Topeka, Kansas. She said, “Oh, I’m sorry.” That was about the worst I’ve heard.

I once asked some friends, I had known for a long time, if they thought it was strange I lived in Kansas. There was a hesitation, like they were thinking about whether it would hurt my feeling, but then they all said yes. It surprised me. I thought it would have come up in conversation sometime previously. I sort of understood, though. I don’t know many people from Alabama or Dakota and haven’t really spent much time in either place, so if I hung out with someone from either of those states, I’d have some questions.

Kansas isn’t all that flat. At least Eastern Kansas isn’t. Western Kansas that morphs into Eastern Colorado is long and flat. Eastern Kansas has glacial deposits, so it is pretty hilly. All big ring climbs, but lots of hills. Just check out Strava for some of my rides. We usually get about 500-800 feet of climbing every 10 miles. That isn’t flat.

And Kansas doesn’t have the winters of Minnesota. The coldest day of the year is January 10th and the average daily high is 37. Don’t get me wrong, it could be -10 that day also, but our winters are fairly mild compared to many states North of us. There are normally only a handful of days in the winter that I can’t ride my road bike. And for that matter, the summers aren’t like Texas. It is hot here, but nothing like Texas that can easily get over 100 days of 100 degree temperatures.

I got thinking about all this because of my trip to Seattle. I travel a lot. And get to go to really great places all over the country and world. And I look at these places as a visitor. I only see the great aspects of the area and ignore the downsides. Off course I recognize obvious “problems” like huge amounts of traffic, etc. But, in general, I tend to overlook the bad sides of an area and soak up the differences that seem extraordinary.

But when I went up to Seattle and Catherine was staying there, I looked at the area much differently. Of course I saw the beauty and appreciated the diversity of restaruants, etc. But, I paid way more attention to the downside of being there permanently, exactly the opposite of how I observe an area when I’m just travelling through. I’d never really done this before. It makes me wonder if I’ve been unfair to other places I’ve been, judging them by the short term beauty and fun and not by the livability of the area.

The riding around Eastern Kansas is great. Lots of roads, no traffic to speak of. The weather is great too. The prices of houses and most everything is dirt cheap compared to the rest of the country. Locally, in Topeka, we are lacking choices of good food. Our grocery stores are run of the mill compared to those from Seattle or California. Our restaurants suck on a major sucking scale. But, it is very livable. At least for me.

I heard a few years ago some guy say, “Kansas is a great place to live, but I wouldn’t want to visit.” I couldn’t have said it better. 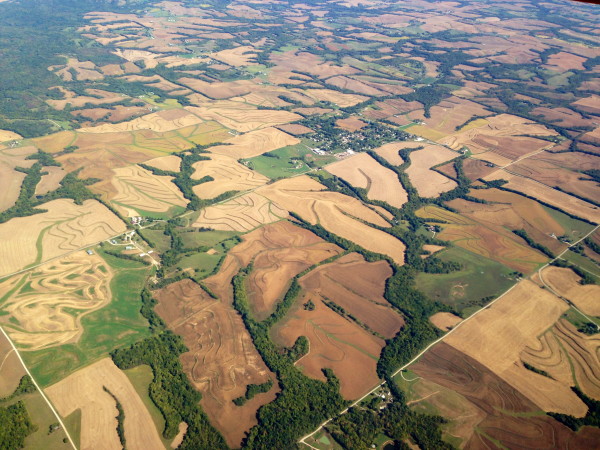 You don’t always need water or mountains for beauty. 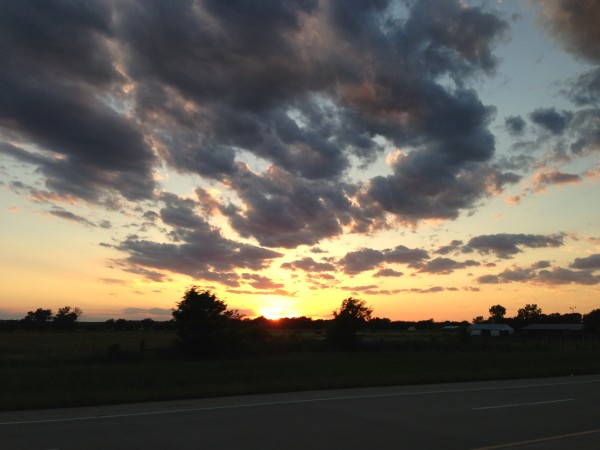 We have some of the best sunsets in the world. 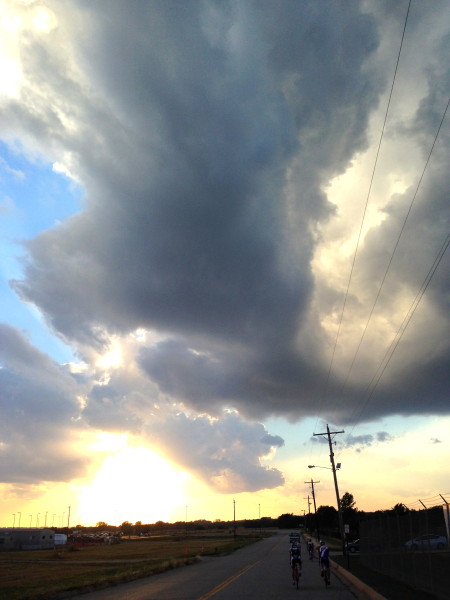 I took this yesterday on the ride. 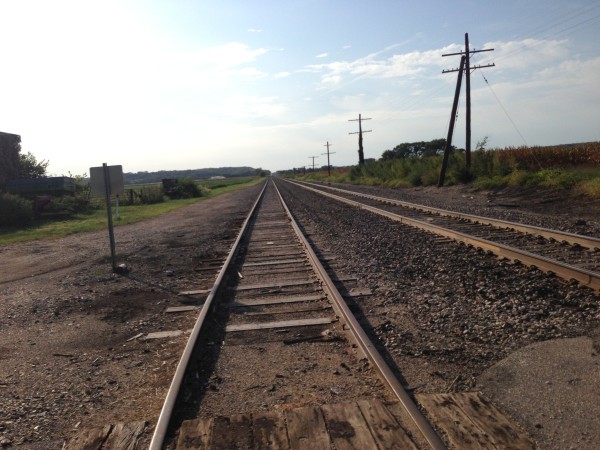 This is the only flat area around Topeka, the river bottom .

11 thoughts on “From Kansas”