I’ve been lucky enough to ride my bicycle in many of the most beautiful places on this continent. I’ve been at this so long that is just a bi-product of the lifestyle. A very positive bi-product. Yesterday, we rode down to downtown Seattle, which is just a couple miles away, went by the Pike Street Market and then headed to the ferry to go over to Bainbridge Island. Catherine is thinking about maybe living over there, since her work is just a short walk from the ferry landing.

I’d received a comment from Paul, the owner of Classic Cycle on Bainbridge, about how nice it is over there. We got off the ferry, went to an awesome local bakery and then went over to the shop. Man, was I surprised. It was an amazing bike shop. You know it is strange, but right now I can’t tell you what lines of current bicycles they sell there. I was so taken with all the old bicycles. He truly has a museum quality collection of bicycles in a small shop. Not only bicycles, but components too.

Paul and his wife, Jamie, both were at the shop and it was nice getting introduced. Turns out Gavin O’Grady, a guy I used to race with way back is normally there working too. Then Jamie said that Zach McDonald was the local shop rat when he was a kid and still stops by all the time. Pretty small world this sport is. Paul showed me a lap of the island to do, so off we went.

The riding on Bainbridge is great. We did a perimeter lap of the island and it is pretty hilly. Like 3000 feet of climbing in 30 miles. Lots of 1/2 mile climbs that get up to 20%. It is way more laid back on Bainbridge compared to Seattle. Nearly a quaint countryside atmosphere compared to a trendy urban lifestyle in Seattle. I liked it a lot.

We got back to the ferry terminal and just missed one, so we had to wait until 5:30, which was 45 more minutes. During that time I froze. I never really got warm the rest of the night. It wasn’t all that cold, but it must of been damp or something. We ran into some commuters that were going to escort us back North up to Queen Anne. Man, do these guys start fast from the lights. It was like a micro bike race. We were missing the lights and as soon as it turns green, you better be ready to clip in or some big fat guy with flat pedals will jump you and take the best line.

Today were thinking about riding over to Issaquah. My friend, Josh Crow, who “put together” my current road team years ago moved there. He said the riding is great, but the commute is probably longer than Catherine wants. One of the guys on the ferry says that it’s an hour and 45 minute ride for 17 miles. That sounds kind of frustrating to me. We’ll see if it is true. They are having the Issqauah Salmon Days this weekend. Probably not the best time to go over there, but I wouldn’t mind seeing some spawning salmon if that is what is going on right now. I’ve never witnessed that in person.

It’s nice out and Catherine needs some orientation to figure out the lay of the land, so why not spend the day on bikes? 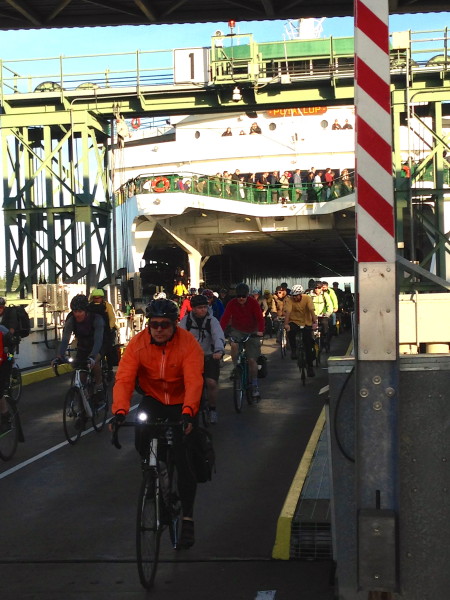 Some commuters coming off the ferry onto Bainbridge. 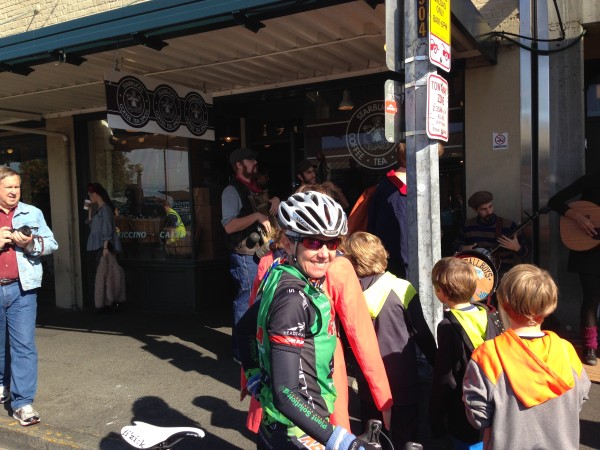 The original Starbucks at the Pike Market. 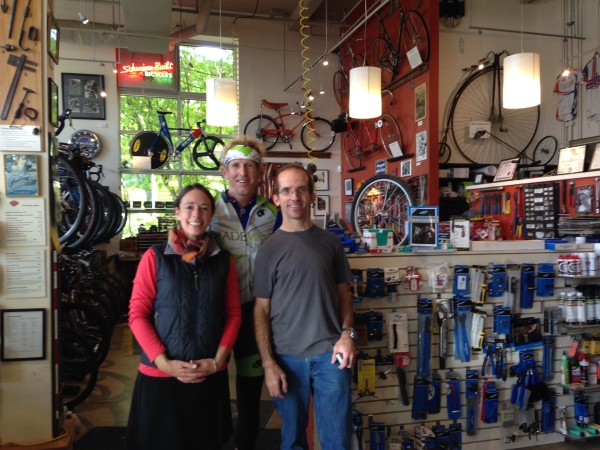 Paul, Jamie and I at the Classic Cycle shop. 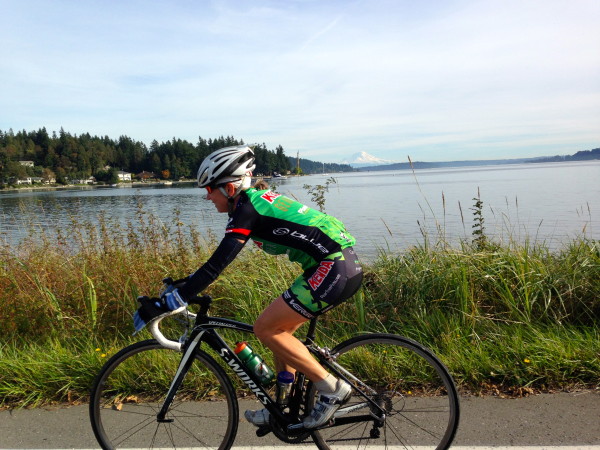 Catherine on Bainbridge. Notice Mt. Rainer in the background. 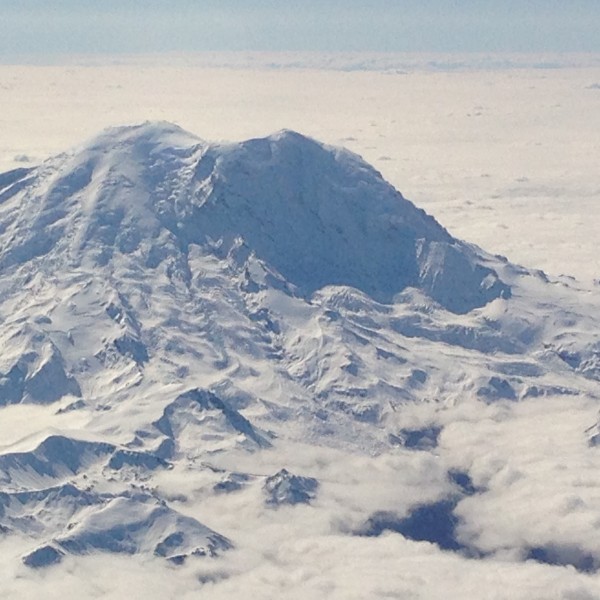 Flying in, the local volcanoes are completely buried in snow already. 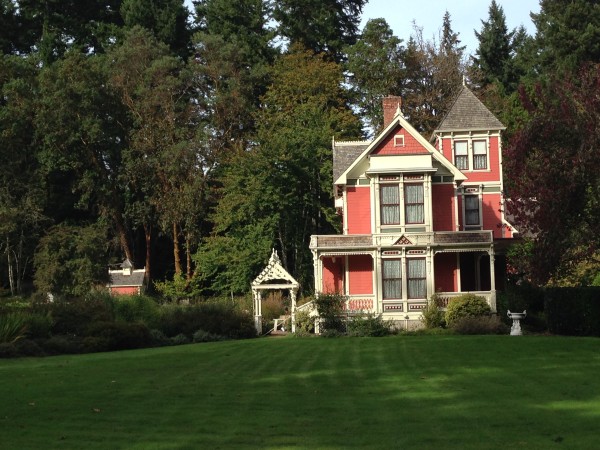 This was a nice looking house on Bainbridge. Being victorian, it is unusual. Most the houses seem like they should be in Maine, not Seattle. 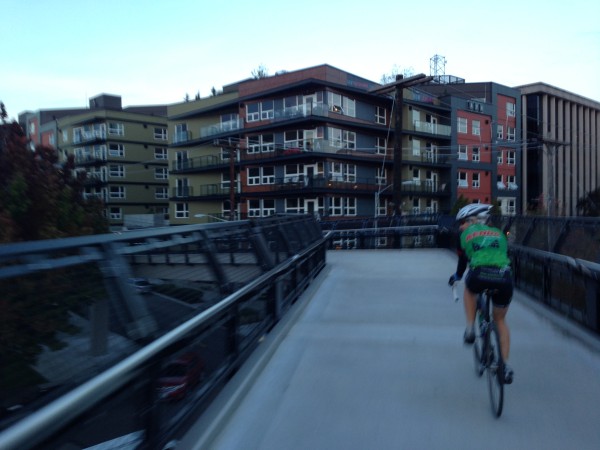 On the bike path heading back. Catherine’s temporary housing is in the building just ahead.