Yesterday up here in Chequamegon Land it was damp and cool. Cool enough that I would actually call it bone chilling cold. We all were a bit lazy from the get go. I was just lazy, not really tired. I know when I put out a big effort because after the race I don’t pass the stair test. My leg feeling up and down stairs is usually spot on telling how big an effort I exerted. Yesterday morning I felt fine, which is not good. I just didn’t have any access to power on Saturday.

I had a set of wheels I’d borrowed from Scott Daubert at Trek, but didn’t use. They were sweet, carbon tubulars, with 47c Dugast Rhinos, but they took center lock rotors for the brakes and I couldn’t track any down. So, I needed to head back over to Telemark to get them back to Trek.

The Sunday Fun Day events were going on. I was surprised how many people were over there in the dampness having a great time. It was fun watching the kids bunny hop, hillclimb, etc. So much enthusiasm.

Afterwards we came back to Dennis’ to watch the end of the Montreal World Cup. Man, did Peter Sagan make those guys look like children. He looks like he is going so easy sometimes, while everyone else is at their limit, it seems unreal. Yesterday, Robert Gesink, Friday’s Quebec winnner, attacked on the last climb, hard off his seat. Sagan let him get a gap, then effortlessly rides up to him sitting down. Then Chris Froome, Tour de France winner, counter attacks and while everyone else is on the rivet, Peter Sagan pulls a gel out of his pocket and eats it.(Photo below) This is with 4 miles to go in a World Cup. Then he casually rides away and wins the race solo, when he has the best sprint of the group. Amazing.

After all that, I didn’t feel much like riding, so we decided to chop some wood. Since they moved the awards to the afternoon after the race, we didn’t get to do the annual splitting wood, drinking margaritas, debauchery. Jeff Bradley’s gang split for a couple hours yesterday, got a ton stacked. With my shoulder and thumb I was questioning if I would be of any use or could do it at all. It was better than I had hoped. Running the chainsaw was no problem. Throwing the cut pieces off the pile was not good for the shoulder, but I figure it is just good physical rehab. Splitting was a different story. The wood Dennis got this year is awesome. Splits on the first try usually, with little effort. So, after taping my thumb pretty solid, I could split somewhat efficiently. I’m going to go back at it when I’m done with this.

I have to drive up to Duluth to pick Trudi up at 3:30. Montreal was her last race day for the season. I think she said they might be doing a training camp later in the year, but she is done working for a bit. She has been at it for close to 2 months, so she is going to be pretty beat. Her normal response is sleeping for two days at least.

So, I think I’m going to leave early and ride MTB bikes on the trails there. I’ve never ridden in Duluth and have heard it is amazing. But, I know nothing about it. If anyone out there has some good idea where I should go for a 2-3 hour ride, preferably around or in the City of Duluth, let me know. There has to be a must do ride, but like I said above, I know nothing of the area.

Okay, there is a huge pile of logs out there with my name on it. 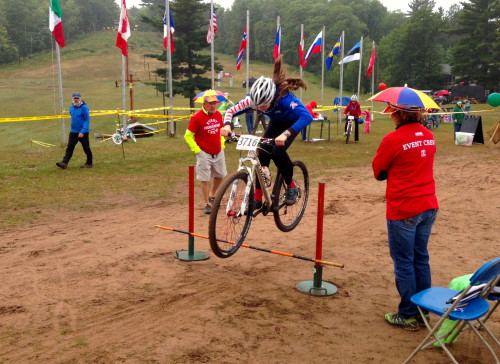 This is Keely Jackson from Hayward. Her first sport is skiing, but maybe should concentrate on MTB riding. She has the skillset. 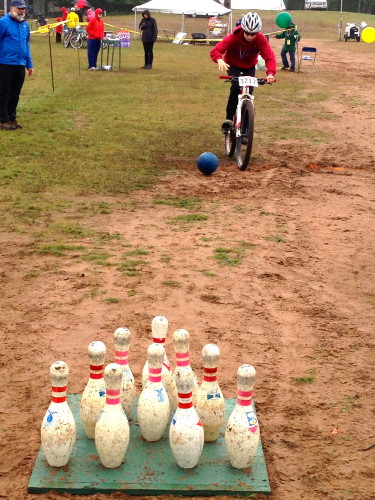 If my thumb would be working better, I would have liked to try the bowling from the bike deal. 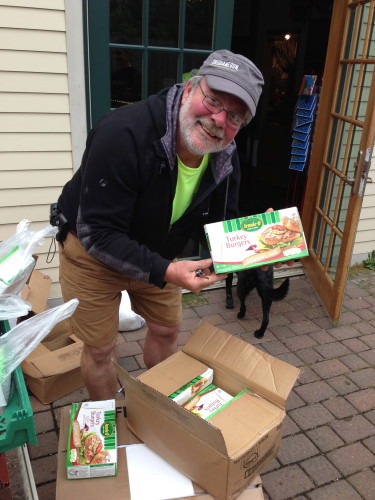 We went to have some dinner with the Chequamegon volunteers at the Rivers Eatery. Here Mr. Fatman, Gary Crandall, is handing out Jalapeno Turkey burgers. Mick cooked some up in the pizza oven and they were pretty good. 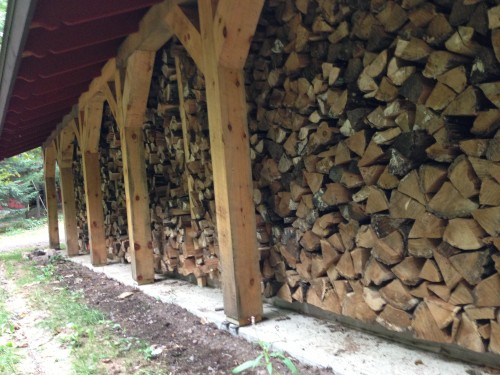 There is already a good amount of wood stacked, but there is never enough. 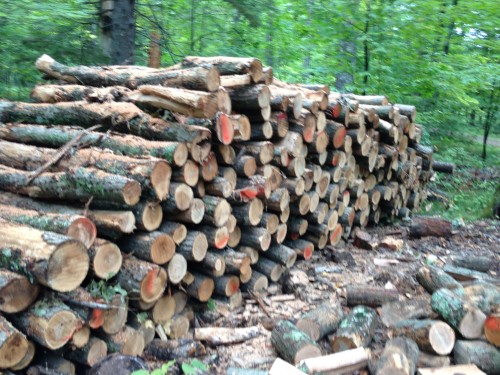 The pile left to split. 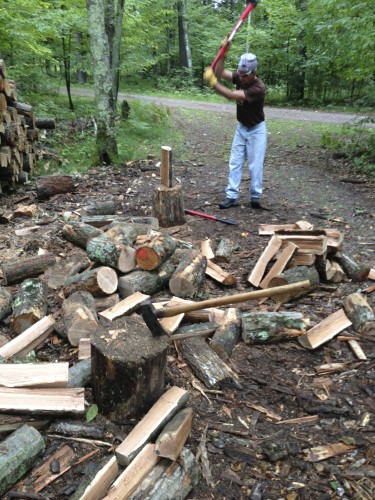 Here is Bill trying to get back into the swing of things early in the process. 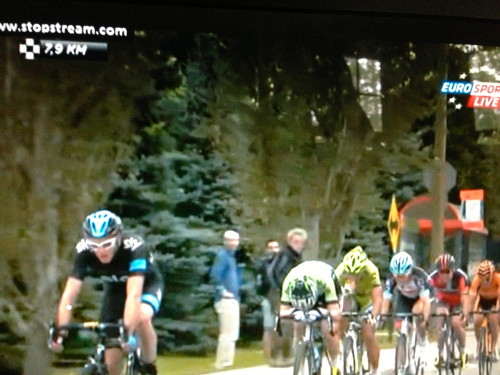 Peter Sagan eating with 4 miles left, while everyone else is on their limit. I think he must be thinking ahead, knowing his is going to smear these guys, thinking he might need some extra energy for the podium and press conference after the race.

5 thoughts on “Heading to Duluth”