Yesterday I didn’t really get very far. I went down to the shop to get my road frame and my cross bikes. Kent wanted to put in a headset and fork. Then he needed to make my seatpost Di2 ready. He had machined some super cool plastic inserts that hold the Di2 battery, but needed to adapt the seatpost to the insert. While we were down there, my friend Phil Gronniger, who was racing, and winning the Steamboat Stage race stopped by. It was cool that we happened to be there.

So, I got kind of a late start out of Steamboat and was told the traffic on I-70 would be horrible trying to get to Denver. Vincent happened to be in Silverthorne, so I stopped there and we went for a couple hour MTB ride. It was really nice, pretty hard, and we just got back before it started raining, which is always nice. Lisa, Vincent’s wife, made us a nice dinner and then we headed down to Denver a little after 8 pm. The traffic had cleared pretty good by then.

So, now I’m in Arvada with still a full day’s drive ahead of me. That’s okay, I kind of like driving. I have a bunch of stuff to do in Topeka since I’ve been gone for over two weeks. I’ve avoided a bunch of super hot weather, which is great. I can’t believe that it is already September. 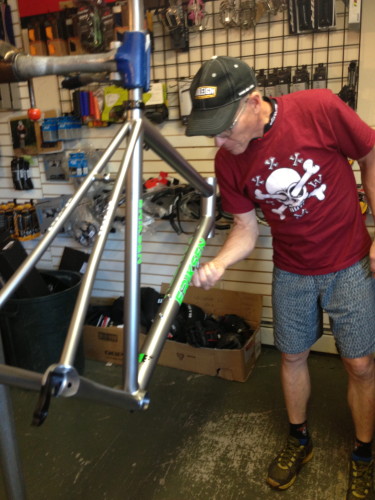 Kent putting in the headset. 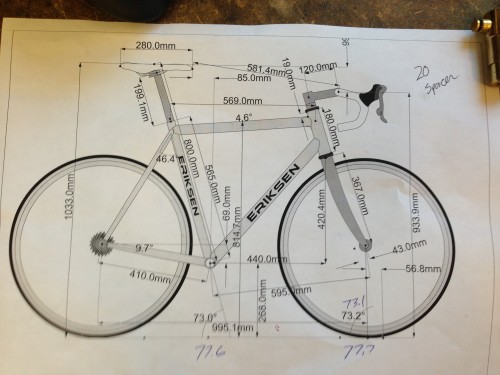 CAD design of my frame. 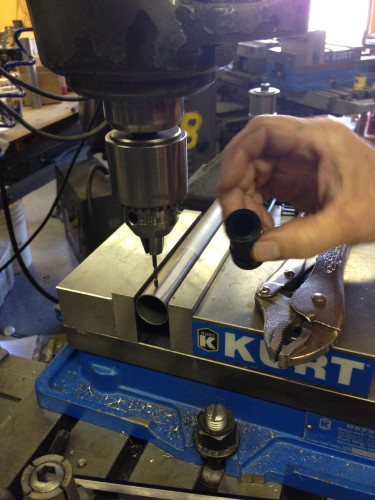 Kent drilling the ti seatpost for a set screw. 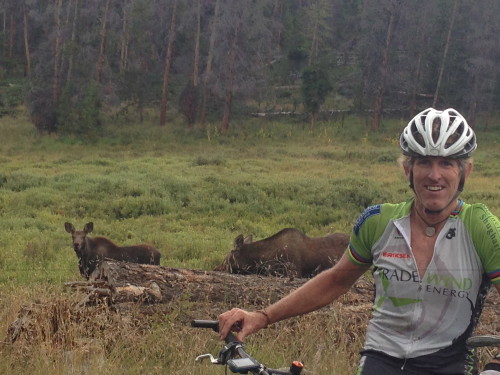 Moose sighting on the ride. 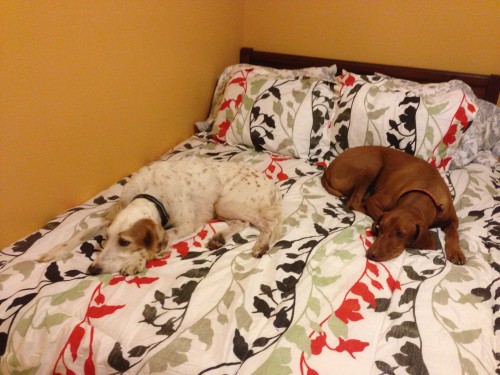 No place for me to sleep with Bromont and Jack hogging the bed.

5 thoughts on “Still in Colorado”