Yesterday I drove the scenic Hwy. 40 from Park City to Steamboat Springs. Here is the day in pictures. 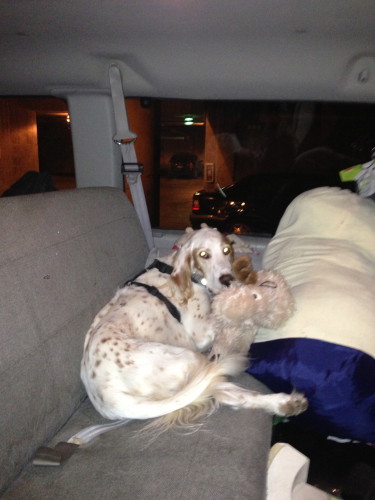 Bromont was worried to death about getting left. I wonder why that is, since he always gets to go. 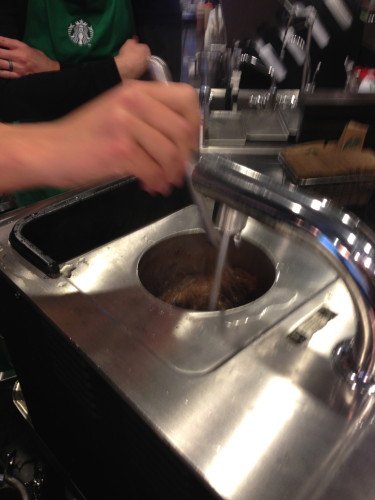 Went to the Starbucks in Park City and had a coffee from the Clover Machine. There aren’t too many of these around and they make great coffee. 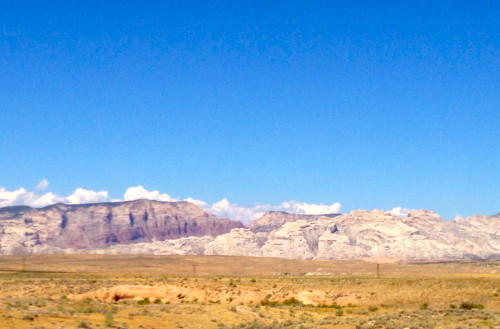 This is just a sampling of the views in Utah and Colorado along the drive. 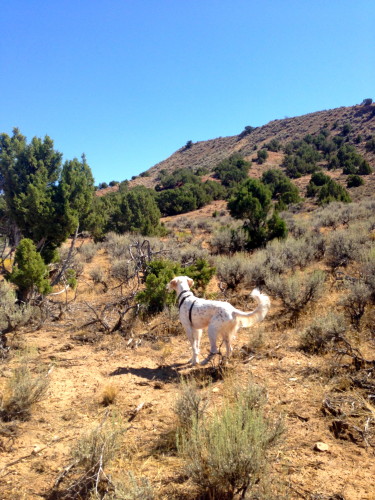 I stopped in the middle of nowhere and let Bromont romp in the tundra for a while. 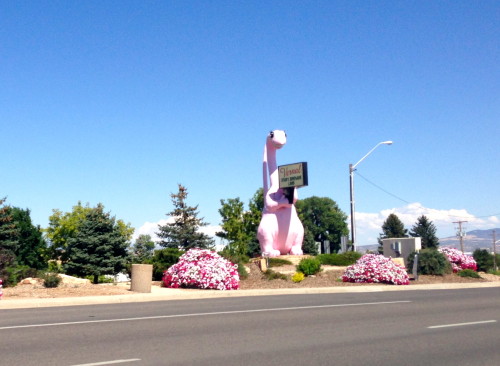 The only tourist attraction along the route is the Dinosaur National Monument. I’m not sure why they think a big pink dinosaur will advertise it properly. 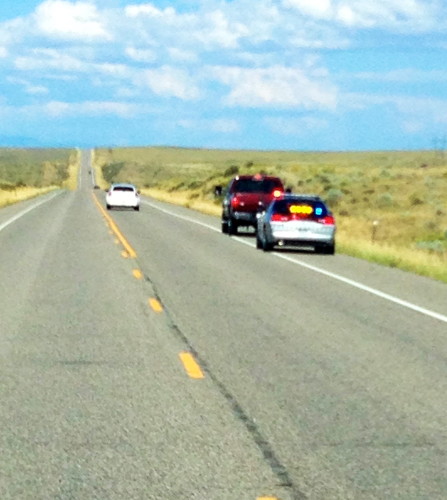 I was driving 74 in a 65 most of the way. This guy in the red pickup passed me had got super unlucky cresting a hill and having the highway patrol nab him. He must have been going over 90 when he went by. 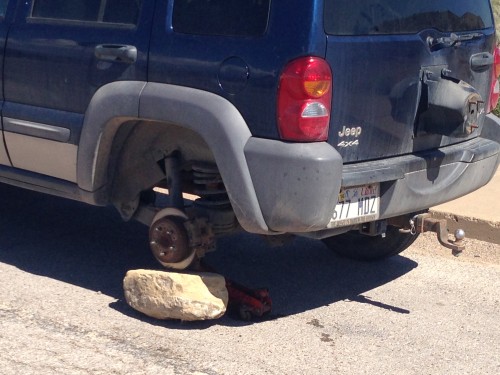 This was at a rest stop in Utah. It didn’t seem so usual considering where I was. 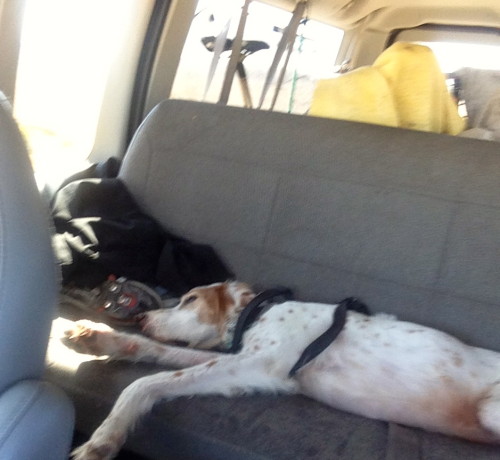 Bromont after running around chasing rabbits. This is one of his usual traveling positions. 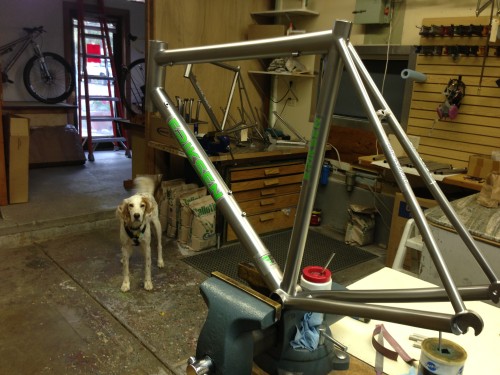 At Kent Eriksen‘s shop taking a look at my new road frame. 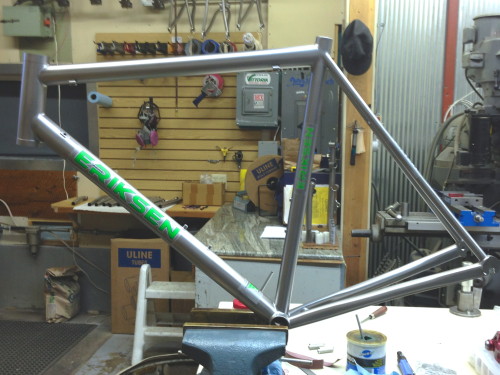 It has a pretty beefy downtube and headtube. Also a tampered steering column. It should be pretty stiff, yet light. 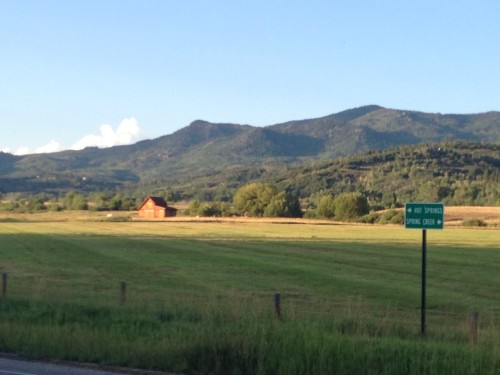 This is the turn out of town heading up to Kent and Katie’s house up by the hot springs. 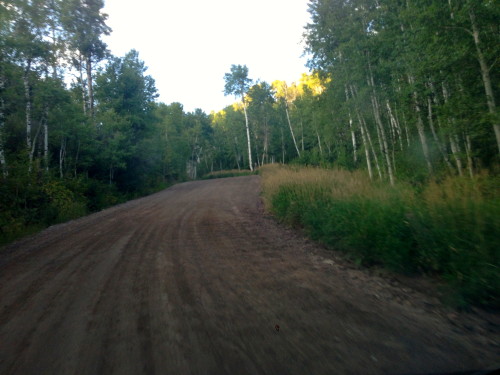 The road is super steep and has a bunch of braking bumps. It heads up through the aspen trees. 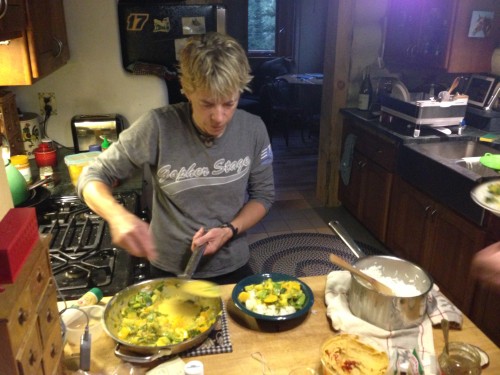 Katie made an unbelievable dinner. Dessert was ice cream with fresh peaches and homemade chocolate sauce. It was yummy. 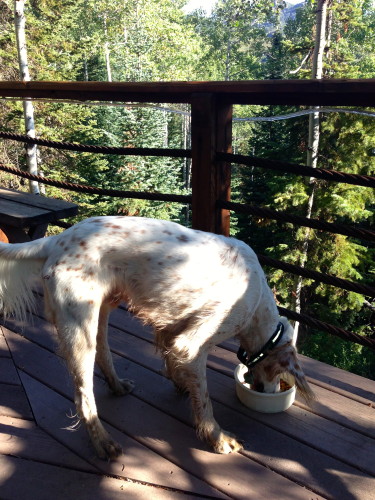 Bromont ran around in the mountains for 3 hours this morning. He would only stop to refuel, but was gone again instantly. 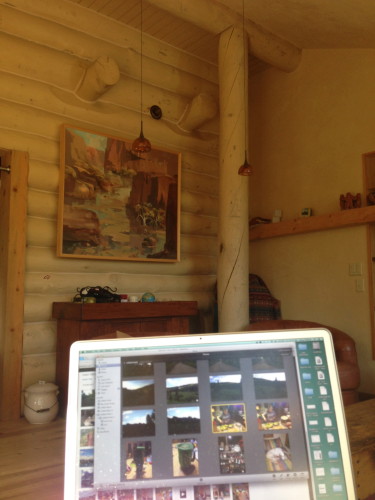 I sat around this morning talking to Kent, so this post is way late. I’m heading down to the shop to strip my cross bikes for welding. Then we’re going MTB riding back up here.

5 thoughts on “Just Another Day”