I really like riding my bike. Not so much when I’m firing all wrong, but that still is alright. I think that either you are passionately hooked on bike riding or you aren’t. There might be an in between. I feel sorry for those people though. I remember reading a quote by Jens Voight saying that his bike is going to be sitting in the corner, gathering cobwebs when he retires, maybe riding twice a year. I felt so sorry for him. Cycling as a job, without passion, isn’t something that I’d wish for even an enemy. It is much to hard of an endeavor for that.

Anyway, I don’t have that issue because I love doing it. I went out for a couple hours yesterday. I was supposed to keep my hand elevated, iced, but I thought maybe this might be the last couple days I get to ride outside for a bit, so I should make the best use of it.

I rode out West of Topeka to Dover. The Flint Hills start right after Dover. At least it gets hilly there, I’m not sure it that is technically the Flint Hills. Anyway, it is beautiful. Beautiful even when it is 90 something degress, super muggy and the wind blowing close to 30 mph, which it was doing yesterday. I didn’t feel stellar, but I wasn’t close to bad. I was riding alright into the 30 mph headwind, which is a good sign.

I like riding out West. K-4, the road that goes from Topeka to Dover is about the only road near Topeka that actually isn’t on a grid pattern. It flows somewhat and doesn’t adhere to the corner ever mile deal that the rest of the county does. It rained a lot yesterday morning and then just heated up. You could cut the air with a knife. It has rained enough that everything is super green around Topeka. It’s going to be a banner year for hay. I don’t really follow hay prices, but I know last year that I saw a bunch being shipped out to Colorado on flatbeds, so it must have been expensive. I guess that is what drought does to things.

Anyway, I plan to ride to Kansas City today to go to the surgery appointment. It is at 3:15. It’s around 80 miles there, so that is a little over 4 hours. Maybe more because of the heat and wind. I’m not sure exactly what is going to happen. I guess they are going to cut back open the wound and look in to see the damage. Seems sort of archaic to me. Seems like there should have been someone in the city of Topeka that could have come in to the hospital and fixed my hand before they sewed it up originally. I guess hand surgeons are a rare find around here. I’m still thinking that the tendon isn’t as bad as I was told. I am typing right now with hardly an issue. That doesn’t seem possible if I severed the tendon to my index finger. I guess we’ll see.

Okay, I’m going to try to finish up cutting the trees this morning before I ride over to Kansas City. It might be the last time for a little while that my left hand is going to work better than my right. I’ll post how it goes later. 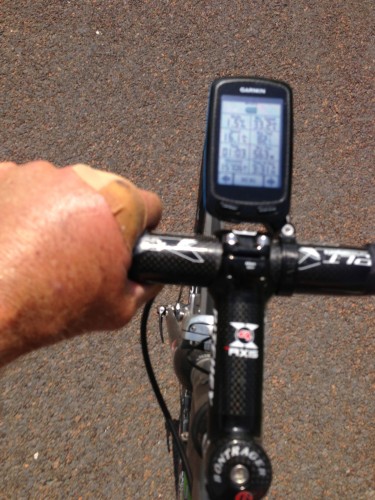 I took the splint off to ride yesterday. It was making my fingers turn blue. 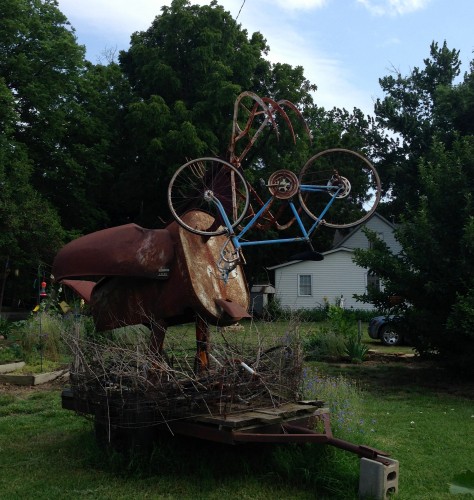 There is a guy in Dover that doesn’t much like cyclists. He made this piece and it is sitting on the crossroads in Dover. 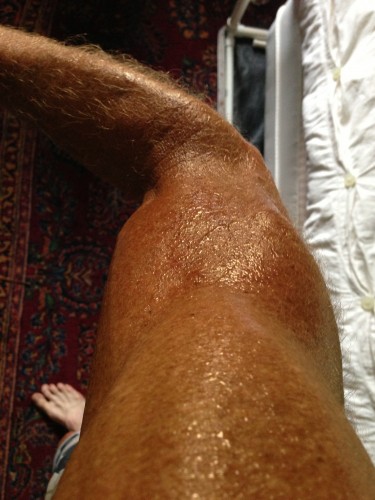 It was so humid yesterday, that I was still pouring sweat when I got home back into the air conditioning.

Here are just some shots of West of Topeka. It is very green this year. 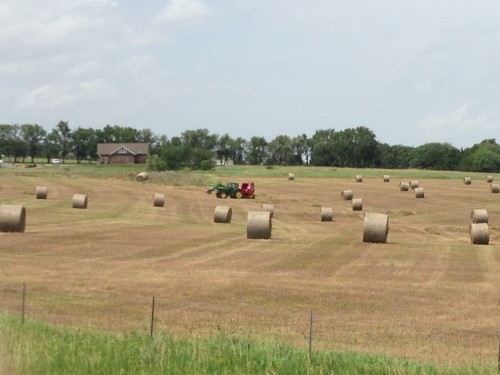 Like I said above, there is a lot of hay around here this year. 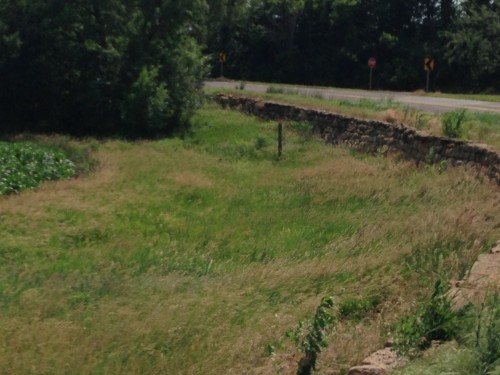 This was my mom’s favorite corner when we drove out K-4 when I was a child. 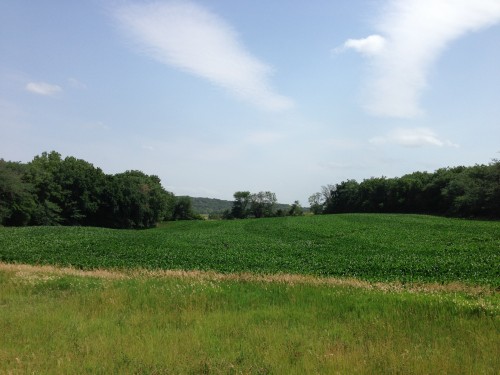 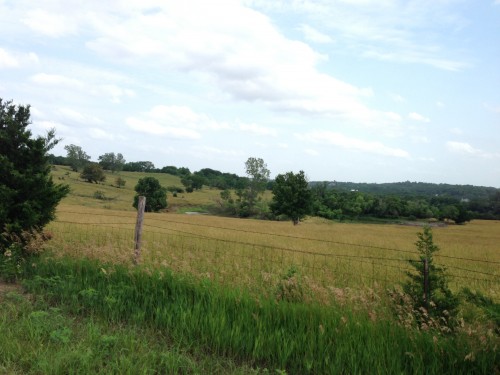 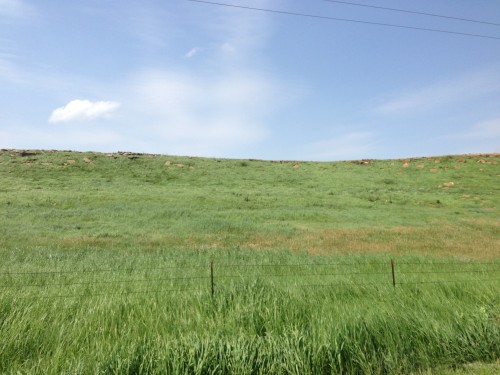