I’ve been dieting for the past month or so on and off. Mainly on, but I don’t diet while I’m racing. I try to eat as much as I can when I’m racing and worry about restricting calories during the week.

There are a million ways to diet. Nearly all work if you stick to them. That isn’t to say there isn’t one way to do it better than another. I used to diet by just not eating any food after 8 o’clock at night. Most of the food or liquid that I would consume after that time is usually highly caloric. But, that wasn’t doing it this time.

Now I’m doing the normal, just eat less, diet. I’m eating oatmeal for breakfast, a sandwich or something similar for lunch, with fruit and then a normal big dinner. I’m trying to get it all done before 8 pm, but when I go on the after work group rides that leave from our house, Monday, Wednesday, and Friday, then I’m usually not back until after 8:30, so that plan goes out the window.

So far I’m down close to 8 lbs. I lost a couple fasting for two days when I started this. Then it has just been a steady decline. I’m not doing this for any particular reason. Actually, I am. I’d like to be climbing better for the Tour of Lawrence at the end of this month and then I might go up to Madison and do the Elite Road Nationals. The course that Tom Schuler and Co. are using is the Blue Mound course they’ve used before at the Tour of Americas Dairyland race. I did it maybe 5 years ago and Matt Busche, who was riding for ISCorp at the time, spanked all of us pretty well. He went on to ride for Kelly Benefits, then got a contract with RadioShack after that. Anyway, it is a pretty hard course and if you can’t climb, you might as well not start.

Trudi tells me all the guys are the BMC team are super thin. They all wear small or extra small jerseys. Jonathan Vaughters told me the reason that he thinks Ryder got sick during the Giro this year was that he started the race this year at the weight he finished the Giro at last season. He didn’t have much of a stock pile of built up energy, ie fat, to combat the harsh conditions. Tyler Hamilton wrote a lot in his book about how important it was to be super light and have you jersey arms hang.

I know that a power to weight ratio is super important for bike racing. That is only if you’re doing races with a ton of climbing. Most of the races in the US, you don’t need to be so concerned about a little extra weight. I know by previous experience that getting too thin to race ends up being a disaster. I did this weight loss thing two or three times before, training for Master’s MTB Worlds. I would lose up to 10 pounds and it was amazing climbing. It was a whole chainring difference in the front. Middle instead of small, big instead of middle. But the couple time I tried to stay that weight, I always got sick within two or three weeks. It’s a fine line between being super light and sick. I never understood how the Euro Pros could stay at such light weights and do such extreme efforts without getting sick. I always assumed it was something to do with IV’s and drugs.

Anyway, I’ve got another month to lose a few more pounds. It hasn’t been too hard the last few days because I’ve had a head cold/sinus thing going on, so didn’t really feel much like eating. It is supposed to rain a bunch the next couple days and the Tulsa Tough starts on Friday. Even though Tulsa is really just 3 criteriums, they are all hard, more like mini circuit races. Especially Sunday on Crybaby Hill. The first two races aren’t until 9pm, so the daily schedule gets all out of wack, not getting to sleep until 2 or 3 and then trying to sleep in. But, I always ride an hour or two during the day, before the races, so it ends up being pretty good miles and I can eat as much as I want. The schedule itself is a weight loss program. Hopefully I feel better before this weekend. 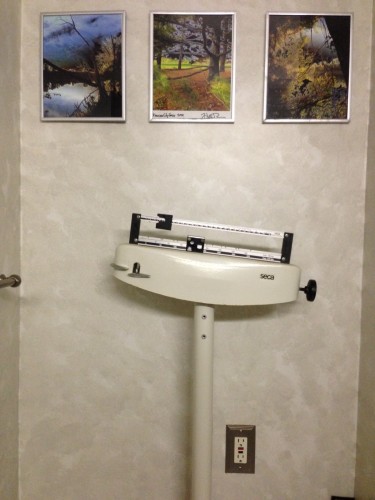 We have a doctor’s scale that is pretty accurate. Trudi gave it to me for Christmas a long time ago. Kind of a strange Christmas present. 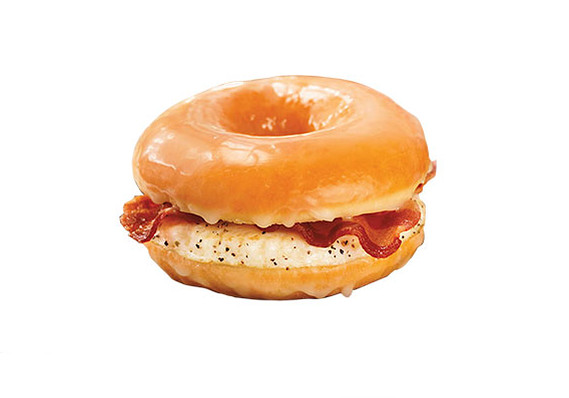 I saw that Dunkin Donuts is making a breakfast sandwich with an egg, bacon, layered by a donut. I wouldn’t be adverse to eating this. They say it only has 360 calories, less than a blueberry muffin they sell. Weird.