Yesterday was day 3 of a 4 day weekend for me over Memorial Day. Melon City is probably the easiest race out of all 4, even though the course is challenging. It’s a one mile criterium on the side of a shallow hill. Big ring climb for a couple hundred meters, into a U-turn that is 75 meters from the finish line.

It was raining most of the day yesterday. But, luckily, it eased up about an hour before the women’s race, which was at 3. Catherine and I drove over to Muscatine from Davenport and got to ride without getting our chamois all wet before the races. Right about the time the women’s race, it started raining some. That was how it would be for the next couple hours, raining on and off.

The women’s race was a field sprint. Catherine ended up 7th, which was a vast improvement over her Snake Alley results. She has had a pretty slow start to the year after collapsing a lung at Cyclo-x Nationals and not being able to ride for 6 weeks because of it.

The men’s race was wet most all day. We did 40 laps, which is 40 miles. I felt pretty horrible the first 5-10 laps. My left hamstring was super tight and I wasn’t riding uphill worth a shit. Eventually, I got feeling better. I only tried a couple times to get into any moves. I’m not naive enough to think that I have any form to be doing that. A couple guys rode off the front most of the race, only to be caught with 10 to go.

That is about when Adam Leibovitz did a solo move, never to be seen again. He got out of sight pretty quickly and then a few of his Texas Roadhouse team mates got to the front and it was done. That is two in a row for him this weekend. Pretty great bike riding.

I was pretty worried about the field sprint. I wasn’t getting up the hill with any power the whole way. On the last lap, I got into pretty good position going down the hill and went over a speed bump at the bottom of the hill about 8 back. I knew to do well you have to get half way up the hill in good position. I did that, maybe getting close to the lead, but I ran out of juice about 100 meters from the final U-turn. I’d guess about 8 guys passed me, but slowed down for the corner. I kept pedaling and dove the inside, passing maybe 4 or 5. But, I was done. There was a crash in the last U-turn, a few guys behind me, so I knew that I couldn’t lose too many places. I struggled to the line, two riders going by and finished 8th in the sprint, 9th for the day.

That wasn’t what I was looking for, but it was all I could do. It is a good race to get some form. 40 times up a moderately hard hill is just what the doctor ordered. I really can’t complain about how I’m riding. It isn’t anything special, but it could be a whole lot worse.

Today is the Quad Cities Criterium in Rock Island. It is a 8 corner, tight criterium that is pretty sketchy in the rain. I’ve raced it once when it was wet out and you really need to stay in the front to be out of trouble. It isn’t easy.

It has been great staying with Jeff Bradley. No diet here. Pancakes and eggs every morning and steak and rice every night. It isn’t the time to lose weight racing. The race here is sometimes late, so it is going to be a long night, not getting on the road until after 6 or 7pm. It’s 450 miles back to Topeka, so it ain’t going to be early. Okay, maybe the rain will ease up some so I can go out and ride this morning before the race. That would be a nice way to start out Memorial Day. 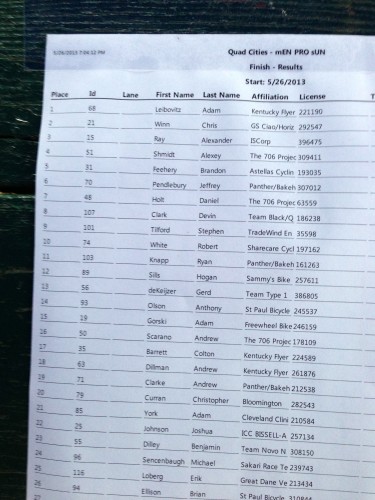 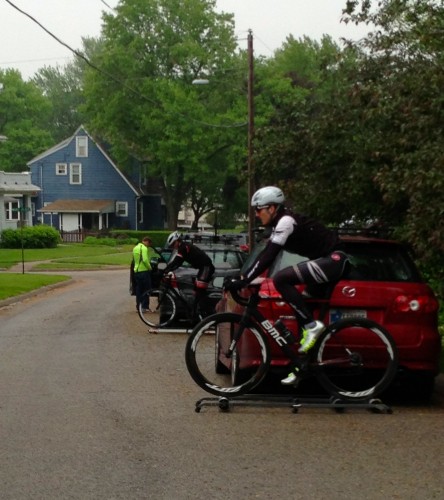 Guess riding rollers behind you car is the best way to warm up nowadays before a rainy criterium. 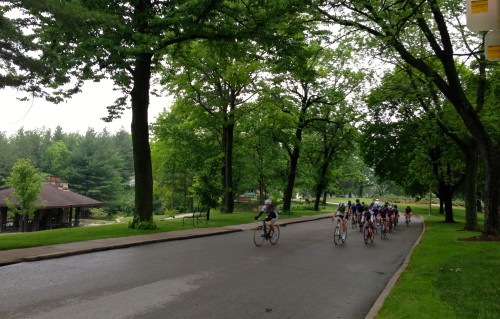 Catherine on the left leading the women’s field. 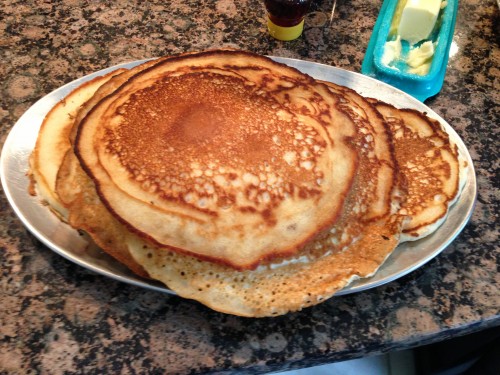 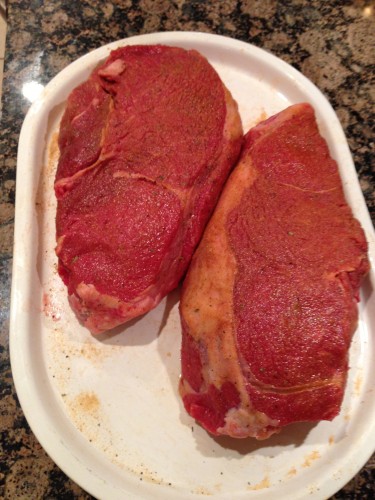 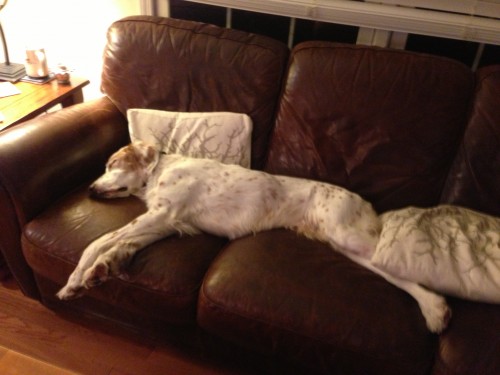 Bromont making himself at home at Jeff’s house. He gets pretty tired watching bike races. He’s been to over 500 I’d guess. 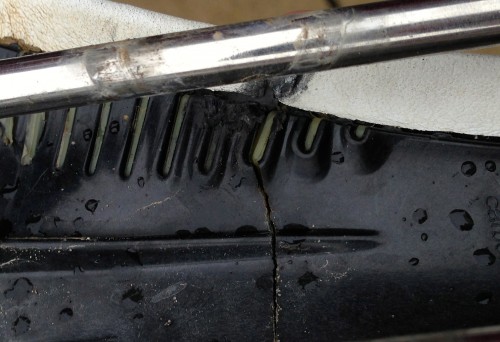 Turns out my seat was broken. I’m still way tender down there. 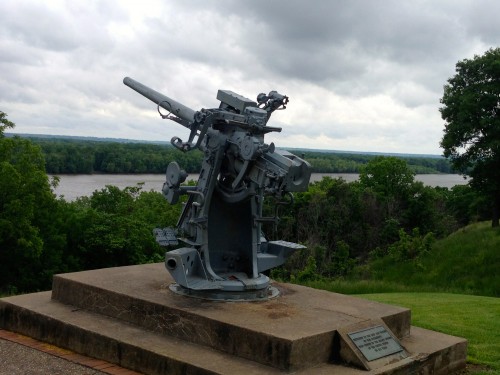 This is in Burlington Iowa, overlooking the Mississippi River. Only appropriate since it’s Memorial Day.