Today is going to be busy. I have a long PT session this morning with Burt over at Rebound at 9am. Then I have to empty my van and reload it to get ready to head down to Harrison Arkansas for the Crawdad Kermesse. At 2 pm, I’m doing a couple hours of allergy tests. If I don’t do it tomorrow, then I can’t get in until late June.

The last time I did allergy testing was in the early 80’s. I went up to La Crosse, Wis. and saw Greg Lemond’s father-in-law, Dr. David Morris. He pricked my back in a grid pattern, something over a 100 different things and I was allergic to every single one of them except formaldehyde. The nurse told me that it was a bad thing to be allergic to. New carpet, clothing, furniture, etc. was packed in it. Anyway, my back and arms looked like I had gigantic hives all melted together. I remember telling him I thought if he just injected water under my skin I though it would swell up.

I took sublingual drops for maybe a year, but never felt any different. Maybe it’s all a waste of time, but I feel like I should be a little proactive this year with health things, so I’m going to try it again.

I did a blood test a couple days ago and got the results. I was hoping for something bad, but the only thing was high cholesterol. But, I guess you can divide your total cholesterol by the HDL and if the ratio is less than 3.5, then you’re okay. I’ve never heard of that before, but I heard it from a doctor today and since my ratio is 2.4, then I guess I’m okay. I’ll post the results below, as usual. If anyone sees anything out of wack, let me know.

So, after the allergy thing, Bill and I are driving to Kansas City and supposedly picking up Catherine and heading down to Harrison Arkansas. Catherine has been at a business conference in Palm Springs the last few days and isn’t flying in until late this afternoon, so she is going to be a little beat. But, we’re all under raced, even Bill. I’ve been riding like shit the last week, but felt a little better riding in the heat yesterday, so maybe I’ll be just mediocre. I’ll take mediocre now. I haven’t raced in close to 4 months now and didn’t ride for 2 of those, so it is going to be like February fitness for me. Gotta start somewhere, might as well be on a hard course. 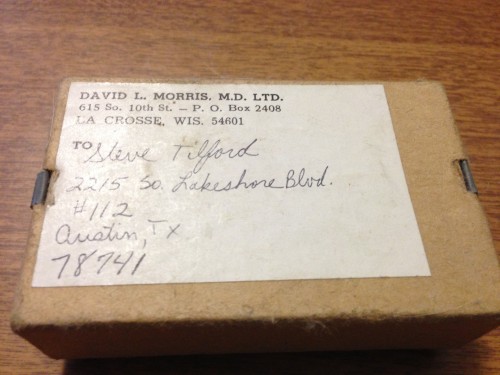 Seems sort of strange that I found this box on a book shelf, just yesterday. It is from Dr. Morris, sending me allergy medicine down to Austin. 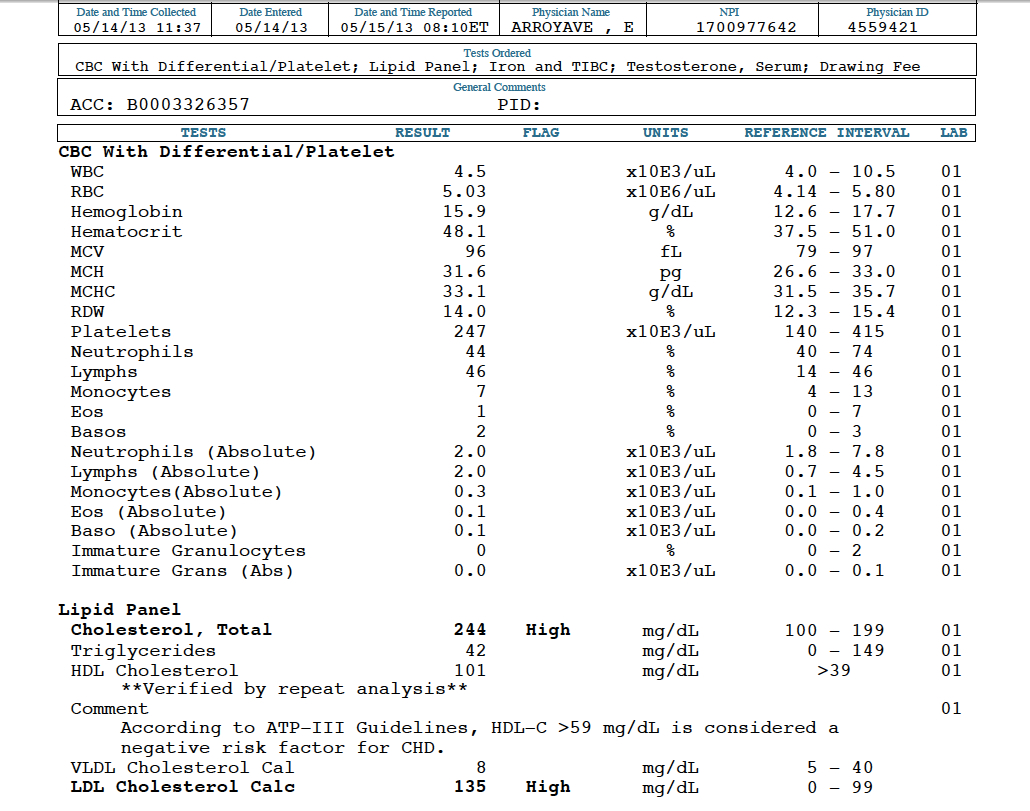 7 thoughts on “Doctor’s Visits all Day, then Gonna try to Race”