If you happened to notice, as if it isn’t obvious,there is a big banner across the top today for the Crawdad Kermesse. It’s a circuit race down in Harrison, Arkansas, south of Branson, MO. It is super pretty country. The town is a gem in the middle of the Ozarks. Last year was the first time they held the event. It was the first race I did after crashing at Joe Marin and separating my other shoulder. I’m sort of thinking about trying to make it my first race back from this shoulder surgery. The problem, for me, is that the course is too good. It is a long circuit that starts in town in Harrison, by the Crawdad Festival, and then immediately heads up a kilometer climb. It is pretty challenging. I love courses like this, but will suffer like a dog this year. I guess you have to pay your dues. The banner is a clickable link to the website, so feel free. It is a really good time.

On the local front, I am on day two of not eating. So something like 36 hours or so. Yesterday wasn’t bad really. I never really got an major hunger pains. I did think about food some, but didn’t obsess. It is funny how strange a day is when you don’t go through the routine of feeding yourself at least 3 times. It’s kind of a drag really. I’m not going to eat today again and then see how it is after that. I only rode 26 miles yesterday, super easy. Going to do about the same today. I’ve been drinking San Pellegrino bubbly water with lemon. I’m peeing a ton, but that’s about it.

The Giro has been pretty good this year. Wiggins sure lost his shit after he fell descending a couple days ago. He is lucky not to be another minute or two behind the way he was crawling down the wet descents. It was super slick though. I saw a spectator slide out trying to help pick up a rider that had fallen in front of him.

I’m glad I’m not racing the Tour of California. It’s supposed to be 106 today there. And it was nearly that hot yesterday. Jens Voight said that it shouldn’t be an excuse for him because he’d been there a few days and was used to it. Wow Jens, you are a mutant. Talking about Jens, I pretty much hated the statement he made in the Tour of California press conference asking, “Why should his generation be punished for things people my age have done before?” statement of “I’d like to hope that the fans can move past what’s happened in that era of cycling; I think it’s a long time ago now. I think the sport of cycling has taken its hits, but hopefully they don’t lose faith in us now.” I didn’t like that one much either, because as I’ve written here before, these guys perception of a “long time ago” and different generation is completely out of wack. But, they all have a sound bites for these PR things and are sticking with the script.

It has been pretty great weather here in Kansas, only in the 60’s the last few days. Kind of chilly really. Tomorrow it is going to maybe be a record high of 92. I’m glad that Jens clued me in on the quick acclamation to heat deal, so I should be used to it in a day or two. I should put a couple extra bottles of San Pellegrino in the fridge just in case. 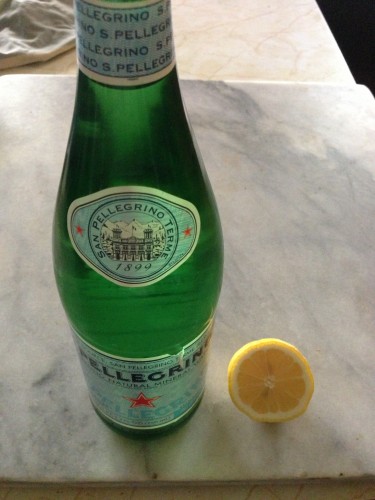