One of the best things about riding a bike, especially in a new place, is using it to discover new terrain and just get the lay of the land. Austin is one of the best places for this. I’ve been to Austin a ton in my life. It is sort of grown out of control, like most desirable places, but it still has a ton stuff that interests me.

I’m pretty much into architecture. I don’t study it or anything, but I like to see how people put buildings together in different places at different times. Austin has great building/house viewing. Cruising the streets, especially close to the center of the city, the mixture of old and new is nuts. South of the river, the neighborhoods between Congress and 1st are great. Lots of original houses, with new modern renovations galore.

Anyway, I could to it for days on end here in Austin. I’m house sitting my friend Ann’s dogs for a couple days and installing a dog door on her porch. It’s in a screened in patio, so it’s a little more tricky that just the normal deal. Ann got a new puppy to keep Stanley company. Lulu is her name and she’s a handful. Last night I had Stanley, Lulu and Bromont all upstairs with me. It was nearly 90 degrees two days ago, but yesterday it was in the 40’s at night. I didn’t think Lulu should be sleeping outside. She was pretty good, but like all puppies, doesn’t have a time frame really set, so she bugged me at all hours.

It is super windy ago here, which I don’t think is usual. It’s supposed to be in the 70’s today, which is nice. It snowed yesterday in Topeka, all the way up to Cable. I heard it dumped 11 inches in Iowa. It’s May, go figure.

I skipped going by the training race here in Austin last night. I figured it would just depress me. I had a small set back on my shoulder, maybe over did it some. I talked to Stacie last night and she said that I probably just tore up some of the scar tissue in the muscle and it was pretty common. Whatever the reason, my arm is pretty sore and doesn’t work so well. Hopefully, it will just be a short term setback.

Alright, I should get working. Here are some pictures from yesterday. 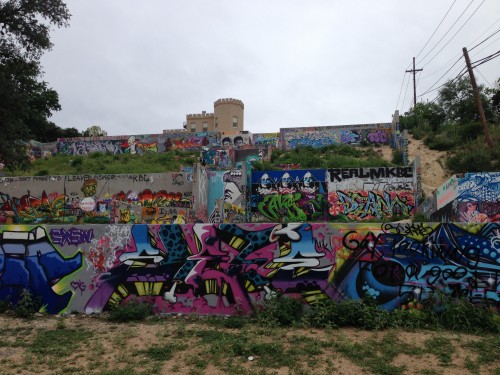 This is on the North side of the river, close to 6th street. It is kind of surprising finding it in a residential neighborhood. If you look carefully, on the third tier, you can see a woman, with a mask, spray painting. 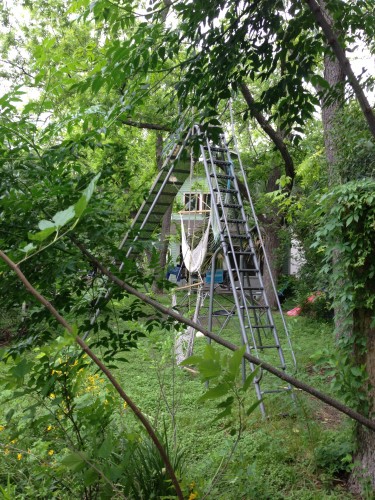 I saw this in the back yard on a small side street off 1st. It is the biggest slide I’ve seen in years. Super cool. 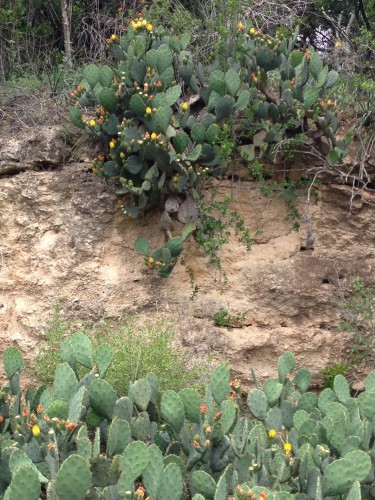 This was over at Zilkler Park, where cross nationals are going to be held next year. It is near Barton Springs. 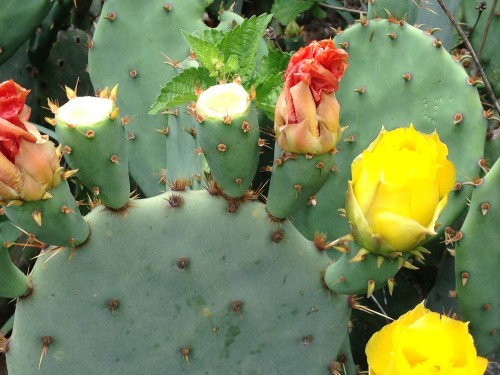 Cactus are beautiful when they bloom. 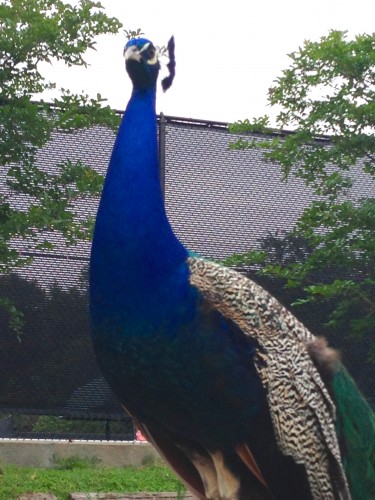 This guy was just walking around a neighborhood at the end of 35th street. 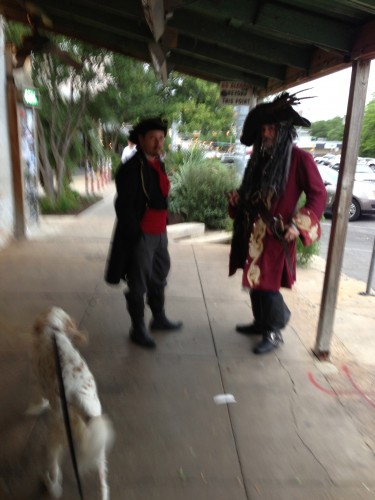 Bromont walking by some pirates on South Congress. 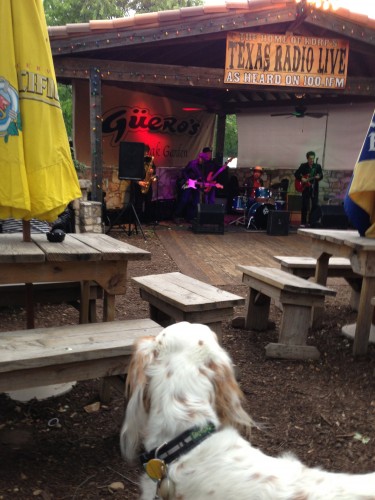 And catching a little music. 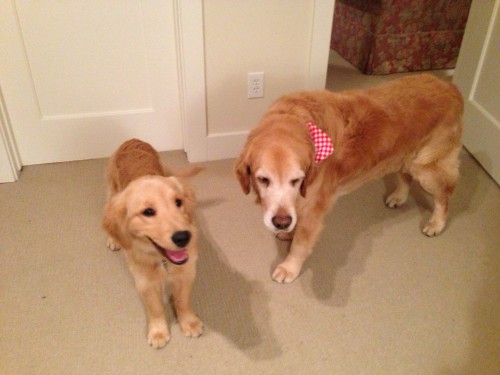 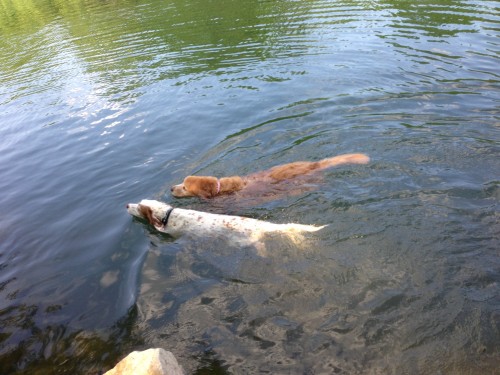 Bromont and Stanley swimming at the dog park on Redbud. 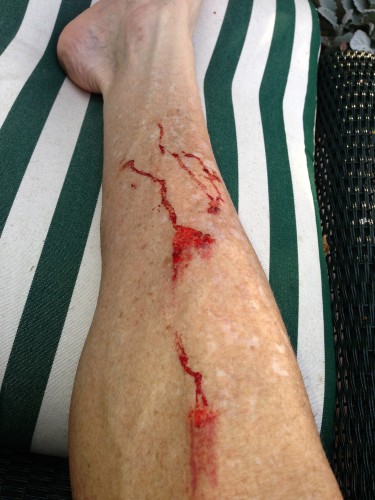 My shin after slipping on a rock, extracting Stanley from the river.

2 thoughts on “Bopping Around Austin”