I was sort of irked a couple days ago when someone left a comments asking me, it’s “unclear where you obtained your moral high ground” concerning doping. I felt it was a slam. I felt it was a slam because I didn’t think I take any different stance than every other bike racer out there that doesn’t use drugs to race. I just state mine publicly.

I understand some of the reasons that people use to dope in the sport. None are justifiable. And I don’t understand all the excuses that others use to forgive the riders that “had to” dope.

I still race bicycles for a lot of reasons. But one of the main reasons because I think I understand, at least I believe I have the knowledge, to recognize small, magical moments that occur constantly during a race. The reason that I like to race the hardest, highest category event I can do, is because this moments occur much more often than at a local event or a masters race.

Observing the moments, the “I can’t believe he just did that” actions, is moving. It is intellectually and emotionally relevant to me. And when I have the ability to actually initiate the moment, then I take pride in possessing the abilities and showing the other competitors what can be done at certain times. It helps confirms the reasons I spend such a large portion of my life in the sport.

I believe someone that studies the sport of bicycle racing, participates in the sport, is somewhat of an artist. All artists have their own individual styles and abilities, plus many can recognize greatness in others. When a rider dopes, he has shown that he isn’t comfortable with his own abilities, so he steals his way into the sport. He creates moments that aren’t real. I have no interest in unreal moments. I hate them.

Doping in the sport, ruins special moments that never occur because some jerk has thrown paint all over a newly painted canvas before we all get a chance to see it. He has taken away potential moments because he can.

Anyone can pick up a bucket of paint and destroy a work of art. Anyone can dope to win bike racing. They are both very easy and should be given the same amount of acknowledgment. None.

This whole thing can corrupt you if you let it. I try my best not to allow that to happen, but it does have a way to work its ugly way back in. This is probably when I take a “moral high ground”.

Cycling fans are an easy mark. They want to believe. I am concerned that doping in cycling isn’t going to change. More than concerned. Because then, the sport has no interest for me. I have no desire in watching a bunch of artist wannabes, making photocopies of others work. 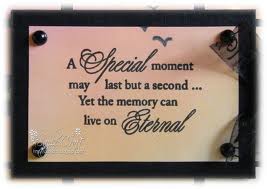 30 thoughts on “Those Magic Moments”