I wrote a post a couple days ago about how the USAC is now going to enforce a UCI rule that prohibits any rider with a UCI license from competing in non USAC sanctioned events such as Leadville and Chequamegon. I stated in that post that I had no intention of adhering to that rule. Others jumped me to it.

I’ve listened and read more about trying to figure out a work around for the rule and assumed that the powers at the USAC would do what is right and figure something out.

I believed this to be true because on the podcast, link above, Scott Tedro, the president of Sho-Air, said that he had been talking to Micah Rice at the USAC and that he thought that by this time they would have “fixed” it.

Then yesterday, this article at Velonews that implies these “negotiations” have completely fell apart and there is going to be a show down at the Whiskey 50, where Sho-Air is going to be having all its riders, including Jeremiah Bishop, current overall leader of the PRO XCT series (USAC run), participate.

I wish that I was healthy enough to to do this event and participate in the protest and to show an outright refusal to accept USAC’s stance on this UCI rule.

I assume that Jeremiah, Tinker Juarez and others are going to be fined and then suspended for 30 days. The more riders that they have to suspend, the stupider they look in the eyes of their members. Eventually, there won’t be any licenses riders that can participate in their sanctioned races because they have suspended them all.

I would like my name to be included in the legal challenge the Scott Tedro and others must already be ready to file. Maybe it can be even if I don’t go and get suspended, I don’t know. I would be willing to donate money to help support the legal efforts to eradicate this rule.

It is so wrong on so many levels, that even the powers at USAC must recognize this. I don’t think that they have any idea what can of worms they are opening by not getting on top of this situation before it explodes and gets out of hand.

This is going to be a real divisive issue until it has been properly addressed by USAC. It is a total cop out saying that it is a UCI and take it up with them. The USAC is our voice to the UCI and they are the ones that need to take it up with them. This rule mainly applies to only the United States and isn’t a good thing for our sport. It is that simple.

Here’s a link to the Sho-Air press release addressing the issue. 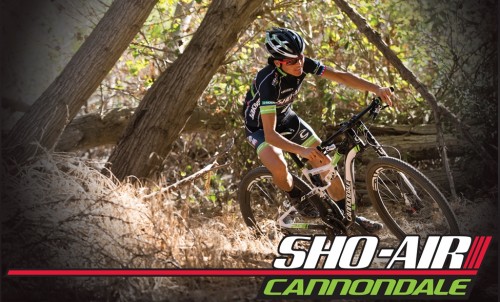 16 thoughts on “Sho-Air Testing the USAC”