I saw this article at Cyclingnews saying that Lance had entered a Region Masters Swim Championship in Austin this weekend. It irked me that the executive director of USMS, Rob Butcher, issued this statement – “Our mission, dating back to the 60s, is we encourage adults to swim. Lance is a member of USMS so he is eligible to swim.”

It irked me enough that I decided to send an email off to Rob to tell him how short sighted and ignorant that statement was. And how bad a message their decision on this was on so many levels.

Rob was kind enough to send me back this statement, which is the official statement of United States Masters Swimming –

The former competitive cyclist has been a member of U.S. Masters Swimming for several years. The spirit and purpose of USMS is to encourage adults to swim.

When we became aware that Mr. Armstrong entered the 2013 South Central Zone Championship in Austin, Texas, April 5–7, a local event sanctioned by USMS, we contacted United States Aquatic Sports and FINA to clarify our responsibilities in this case. The event in question is conducted in a 25-yard pool, a non-Olympic course not contested on the international stage.

After discussion with United States Aquatic Sports and FINA, it was agreed that although Mr. Armstrong is eligible for membership in U.S. Masters Swimming, he is not currently eligible to compete in sanctioned swimming competitions, regardless of the type of course.

The World Anti-Doping Agency has banned Mr. Armstrong from competition. FINA accepts the WADA Code and USMS, as a member of United States Aquatic Sports, recognizes and respects adjudications under the Code.

I’m glad that they came to their senses and made the right decision.

It’s not like I have any sort of grudge towards Lance. If anything, I feel pretty bad for him. Man, his desire to compete competitively in virtually any endurance race or sport, seems unreal. But, he does have a lifetime ban by a sporting body and when that is in place, then the rest of sport needs to hold united and honor that sanction.

I have to admit, it seems sort of unfair that some of these other guys that testified “against” Lance, did their 6 month chair-in-the-corner stint, and are racing in Europe on Pro Tour Teams. As Lance said in his Oprah deal, he made an error on when and how to “come clean” and now it is costing him big time.

Lance needs to take up a sport that he doesn’t need a license or permission to compete. Something that is challenging and hard, on an endurance level, but is more man against himself and nature. I’m sure there are other things that fit these parameters, but mountain climbing comes to mind here. I mean sans bike here, like walking up mountains. It might be something that Lance could do to rid himself of some of his competitive desires. But, it’s just a suggestion. I do know that he needs to stay away from pretty much all sports where people compete against other people. Those are the ones he has a lifetime ban. 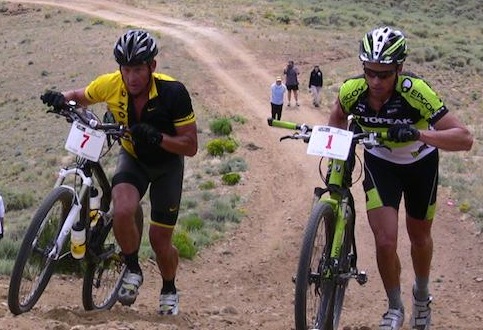 I wonder if Lance ever told Dave Weins he was sorry for beating him by 25 minutes at Leadville? 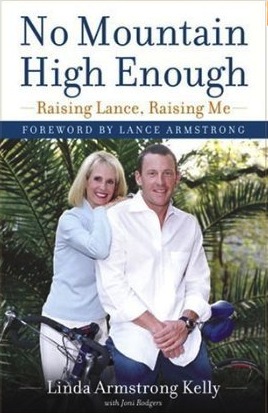 If he really got into the sport of mountain climbing and wanted to write a book, this title is already taken.