Peter Sagan resorted to ass grabbing, after getting his ass handed to him/spanked by Fabian Cancellara at the Tour of Flanders yesterday. I happened upon the uproar of this all and thought it was just a childish joke by a guy that obviously like to showboat. But, after looking at some of the photos and finding the picture below of his taste of t-shirts, I’d have to say that the dude wasn’t raised correctly. The only excuse I could come up with for his shirt statement would be that he can’t read English, but that is very doubtful.

Seriously, he made a huge mistake here on the podium. He should, and does know better. He is young and flamboyant, but this way steps over the line. Unless, by chance, Peter and the blonde podium girl the bestest of friends, and even then it doesn’t work because it is super disrespectful to Fabian Cancellara. The kid isn’t really just a kid, 23 years old, so I have to chalk this up to just a real bad mistake. Hopefully he learns from it, knocks off the buffoonery and polishes up his off the bike antics. 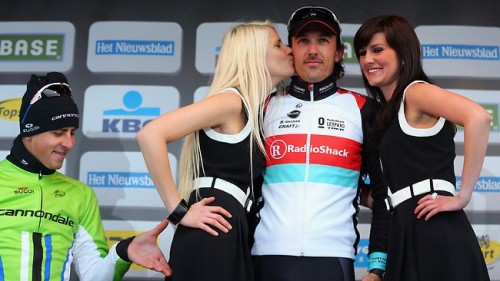 He face shows it all. 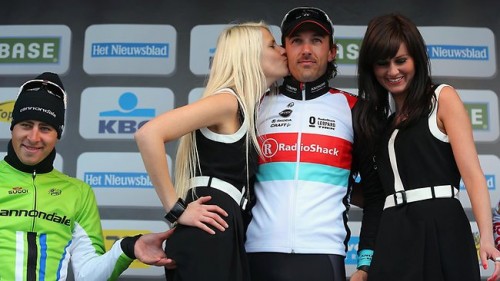 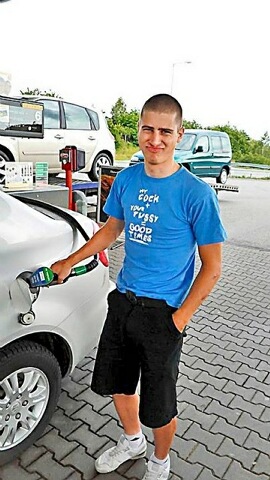 I wonder what he thought waking up and putting on this shirt?