I didn’t get much sleep last night. I’m heading to Louisville this morning. For a couple reasons now. First and foremost, I’m going to get my shoulder looked at by my friend, Stacie. She is having me see her go-to PT guy to evaluate me tomorrow morning. Then I’m going to her office to do PRP, which is blood plasma that has been enriched with platelets. As a concentrated source of autologous platelets, PRP contains several different growth factors that stimulate healing of bone and soft tissue. I don’t think that it is going to speed up the healing, but will make it stronger, but what do I know?

Also, I’m taking the small cat I caught last weekend to Stacie’s sister. She has a couple cats already, but is looking for another one. This cat really likes people and that is what she is looking for. It’s nice not only having a selfish reason for driving 600 miles each way.

I had the bad luck to have to mess with a rear brake on a new Trek Madone last week. Man, that is a bad design. For one, why would anyone want a brake out of reach of adjustment. There isn’t a way to adjust the brake side to side if you need to do it on the fly. So, if you get a wheel change, you need a 1.5 mm allen key to move the brake pad off the rim. The 2nd problem is the shitty brake pads. Well, not the pad, but the pad cartridge. It is just junky. Trying to toe the brake is an act in frustration. Shimano is going to be releasing a brake for this bikes and that should make it much better. Right now, the Bontrager brake is useless.

And finally, the City of Topeka has had a huge issue with a group called the Westboro Baptist Church. Here is their website. Don’t click there unless you are prepared for craziness. You might of already heard of them, but if you haven’t, they are a bunch of hatemongers. They travel around the country and protest just about everything. Funerals for servicemen, funerals for murdered gays, plays, universities, NCAA basketball, just about anything. They carry signs and “peacefully protest”, but that is untrue because of their signs. Their protest signs provoke so much that they enrage even the most pacifist people.

Anyway, a guy from Florida, Aaron Jackson, saw an article on the sickness, and decided to do something about it. He bought the house across the street from the “church”. The church is literally nearly a whole city block of residences. They’ve bought up most of the block and connected all their yards together, only fenced on the street side, with the backyards open. Anyway, he bought the house and painted it with rainbow stripes. I have no idea if this is going to rile up the Baptist church much, but at least it is doing something. Here is an story about the house.

Today is the first day of Spring. It was officially at 6:02 CST, but we usually don’t worry about that. I’m glad it is Spring now. It is my favorite season. It snowed here in Topeka yesterday, but it didn’t stay around. It is supposed to snow again tomorrow and Friday.

I’m driving the Honda Insight to Louisville. Since I don’t have to haul a bike around, it is almost big enough. It’s going to be crammed with me, Trudi, Bromont, plus the cat and our stuff. But the 50 mpg gas mileage is hard to pass up when it works. I’m going to ride inside right now before we leave. I’m crossing my fingers about getting back on my bike soon. I think the 6 week number is a key number with soft tissue healing. I’m not sure how much stress riding a bike puts on a rotator cuff, but my arm is so spindly, I doubt I can do much damage to myself. We’ll see. 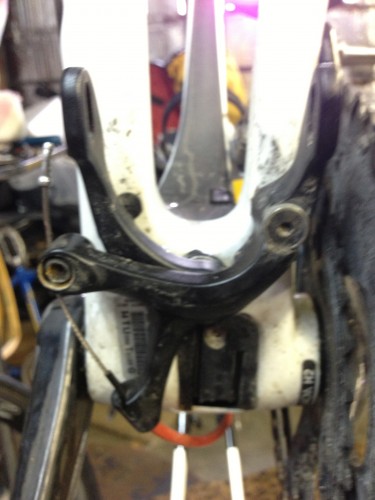 This is the placement of the brake on the new Madone. 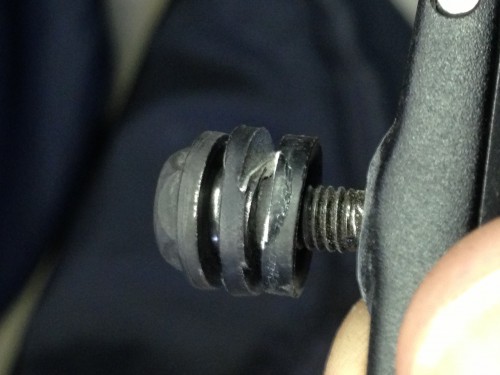 The brake cartridge is horrible. The washers are made of aluminum and wear enough to allow the pads to become loose. I’d think this would be a lawsuit waiting to happen. 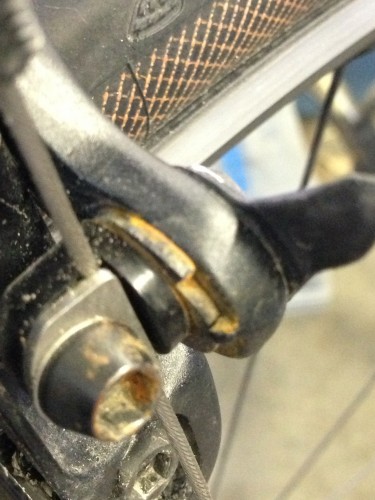 Plus, look at this, rust on a brake. You put the brake under the bottom bracket and use a material that will rust. Stupid. 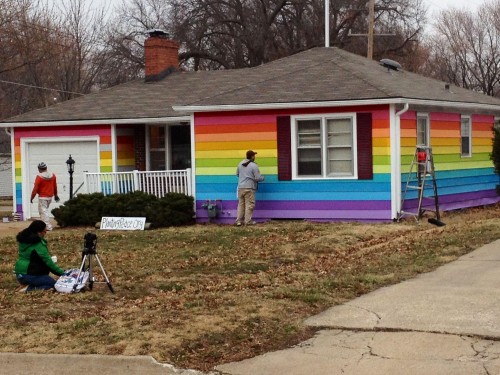 The protest house across the street from the Westboro Baptist Church. 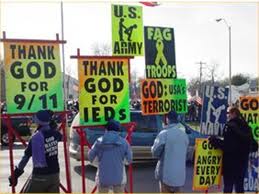 One of their protests. Their protest signs enrage just about every person that sees them. 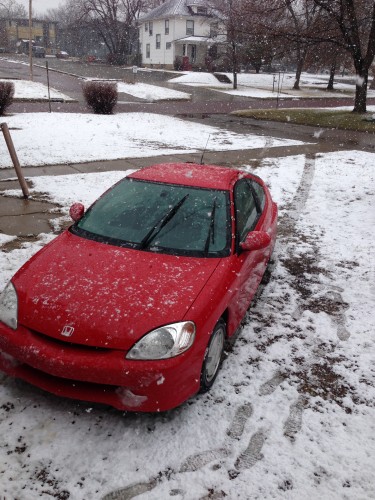 The Insight isn’t that good in the snow. 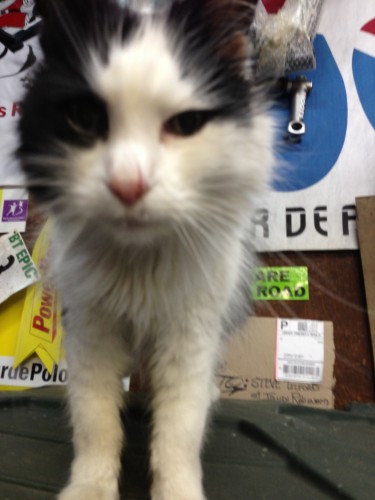 The cat to be delivered to Lousiville. 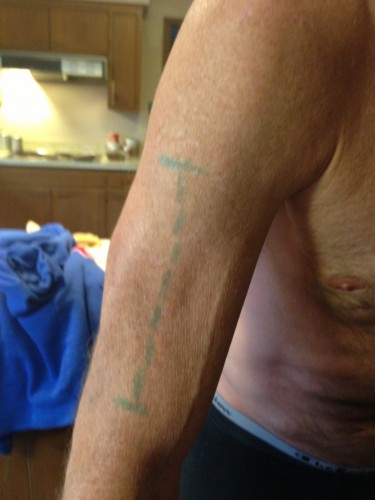