It was 85 degrees in Topeka yesterday. I love that part about living here in Kansas. It can be super warm virtually any month. Today the high is supposed to be about half of that, in the mid 40’s. It just gives us all a glimpse of what to look forward to in the very near future.

Yesterday, Bob Sanner from the Lawrence Sports Commission, drove over to Topeka to discuss ways to improve the Tour of Lawrence race that is usually held around July 4th. Man, that guy is an advocate of the sport. He and he alone does this whole weekend of racing. And just because. He likes to ride his bike and thinks that Lawrence is a town that should have a bike race. Next year, July 4th is on a Friday and he is going to put on a Twilight Criterium on Mass. St. before the fireworks display, which is downtown. He thinks, and I agree, that exposing so many people to the sport might be enough to start something big. Anyway, he is one of those out of the spot light guys allow us all to race bikes.

Tomorrow is St. Patrick’s Day. Here in Topeka, they do a parade downtown. I went over there last year and will probably mosey over there again this year. I spend more time watching the spectators than the parade itself, but I do that a lot at many events.

My Tradewind Energy team mates went down to Arkansas to ride and then race the Hell’s Kitchen Road Race. Just another local race I’m feeling blue about missing. It is a very good course and always hard, but a really good time. They moved the finish to the top of the climb last year, which switches up the dynamics of the race. I wish I was there.

I caught another non-fixed cat yesterday, so I’m going to take it to the vet this morning and trade it for my two fixed cats to release outside. They will be very happy to get back to their places. I had the vet give them shots, etc., so they should be better off than they were before. At least that is what I’m telling myself.

KU and K-State both won yesterday in the semi finals of the Big 12 basketball tournament, so they are playing in the finals today at 5. I’m routing for KU and it’s not going to be nearly as fun watching without Bill around. I’m not sure it really matters that much. I don’t think that KU will get a number 1 seed in the NCAA tournament even if they win, but you never know.

Then, Milan-San Remo is tomorrow. I have to go with Sagan. How can you not. I can’t see him not getting over the top of the Poggio in the front. And he can descend better than nearly anyone in the race. Especially if it is wet. Plus, he can outsprint about anyone he is with. But, it’s a bike race, so anything can happen.

Okay, I’d better get going. I have cats to attend to. 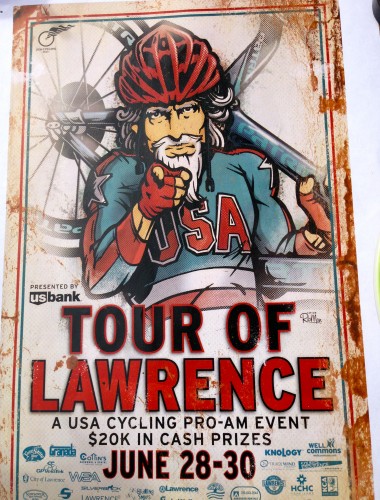 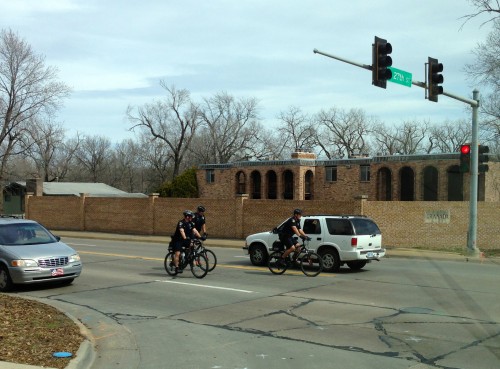 It was so warm yesterday here in Eastern Kansas that the bike cops were riding around in shorts. 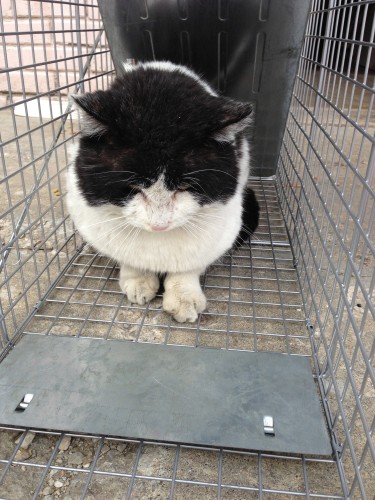 This is my newest acquaintance. She/he seems very cute. 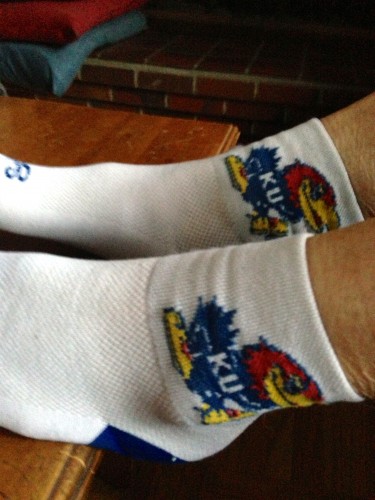 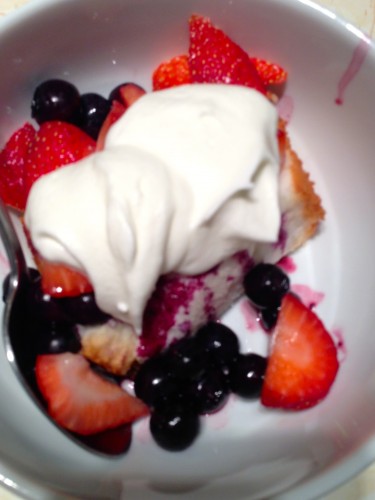 And made a KU color dessert to celebrate the victory.