I had a pretty productive day yesterday if I really switch my mindset and judge it on completely different level. I caught 3 cats, which was a haul compared to my normal cat catching history. And that was pretty much what I was doing yesterday, trying to catch cats. Only two of the cats were “new”, one I had already caught before and had its ear clipped. It is nearly impossible telling the difference between some of the cats without looking for the clipped ear. When I took the cats to the vet, Animal Clinic of North Topeka, Dr. Mah asked me if I wanted the ear clipped flat or notched and what ear. I told him to look up what is standard, but it really is important to notch the ears so there isn’t a bunch of redundancy.

I caught a brother/or sister of two of my cats last night. He/or she got carried outside by its mother and I got the other two kittens. I’ve been trying to catch that cat for a couple years now. I assume it’s a he, but I’m not sure. Anyway, I can’t believe how beat the cat looks compared to my cats. It’s a hard life being a feral cat.

I’ve managed to stay unscathed so far. No bits or even scratches. These guys are all crazy wild, so I’ve been careful not to get anywhere near their claws.

Anyway, two cats are getting fixed this morning. I’m not sure if I’m getting them back today or tomorrow, but they put in stitches that dissolve, so there isn’t anything left other than releasing them back into their environment. They are so scared, it is pretty great letting them go. I’m going to have to start up a cat fund if I keep being this successful in the future. It’s never ending.

This just in-the relative cat to my cats is a girl and was pregnant. This is the 2nd time I’ve taken in a girl cat that was pregnant. Makes me feel kind of weird, kind of a ying/yang type thing. On one hand I feel badly that I’ve been part of not allowing some kittens to be born, but on the other, there are so many feral cats around, it doesn’t seem right for there to be more. It’s kind of a lose/lose situation. 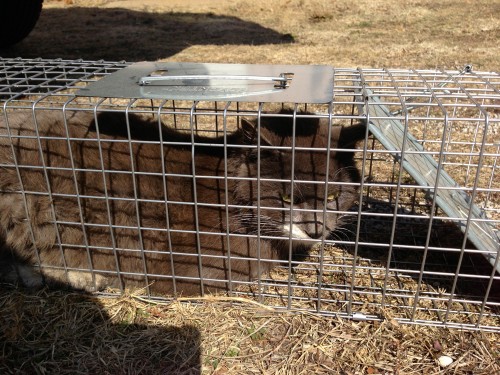 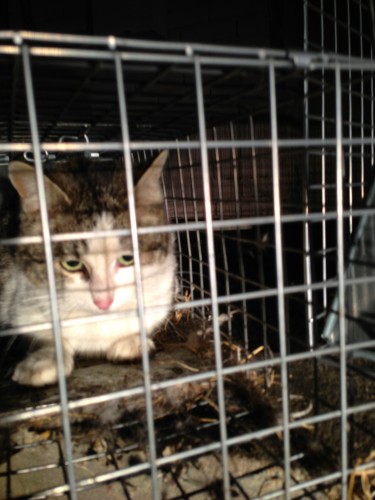 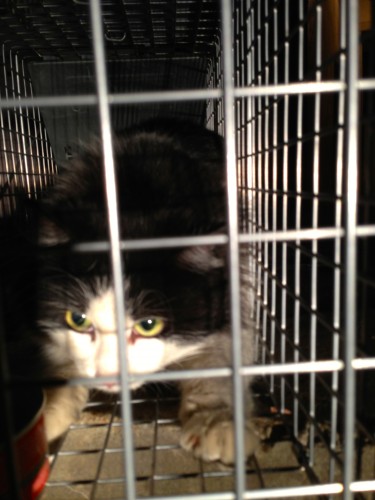 8 thoughts on “Katz and Release”