The sport of cycling is a collective. A collective of individuals from all over this planet that, mostly, have the same thoughts, desires, and visions of the sport.

This is one of the many things that drew me to the sport. I’m a pretty much individual type guy. Subjective or teams sports never attracted me much. But, cycling did and it was/is sort of a team sport. I think that too much emphasis is put on the team aspect now, but that is just because the abuse, that seemed to appear right at the same time as the all for one, one for all bike racing tactics appeared.

Anyway, I was reading Tyler Hamilton’s testimony from the Puerto thing in Spain and what really bothered me was his statement saying “we were all breathing through our noses.” after flying to Spain for a blood bag. I’ve seen way too many people breath out of their noses when I couldn’t get close to enough air through my mouth.

All these guys, these 100’s and 100’s of riders that broke the rules and cheated us all out of life experiences, aren’t part of the collective. They’d like to think that they are, or they might want to get back into the collective, but they, as individuals, thought of themselves first and didn’t take into consideration the consequences of what they were doing or what collective they were joining at the time.

Most of the Americans that have “went down” in all this doping saga, I know personally. And nearly all of them are nice guys. Most cyclists are, there are a few exceptions. I feel badly for these guys when they reminiscence about how they got into the sport and what is so beautiful about the sport to them. They forgot these things when they decided to cheat the collective. They became individuals at that point, or maybe they joined another collective, I’m not sure.

They forgot that cycling is a journey, not a destination. When they decided to fast track their careers, no matter how or why they came by that decision, they derailed themselves from the collective’s path. Their journey was over.

Now the all the individuals, or the members of the newly created collective, want to rejoin the original collective. Better than that, they want to lead our collective back from the edge, saying they have the knowledge and the experience to do just that.

I say the collective isn’t just a bunch of guys that have had the fortunate luxury to be able to race the Tour, the classics, etc., under false pretenses. The collective is much much bigger than that. It is a bunch of guys that get together to ride MTB bikes in 14 inches of snow, just because. It is the guy that commutes to work 20 miles each way, in tennis shoes, because he loves riding his bike and thinks that his actions are good for his children’s future. It is a bunch of old, fat guys that can name every climb in the 1981 edition of Flanders, or any year for that matter. It is all the guys that show up every Spring in Cassody, Kansas, for the Bazaar road race. Where the temperature is hardly ever 50, and the wind is blowing just about that hard. And the fields are burning so that the smoke blows across the road for long periods, racing for virtually nothing, when their form is just about the same. And doing it because they love the sport and are part of the collective.

The collective is much bigger than a bunch of prima dona bike racers, that decided individually (or maybe collectively somewhat), to go it on their own, to get the prize by dumping out all the Crack Jacks. These guys shouldn’t get to led the collective anywhere. They should just open up their little prize and realize what they did it for, a rub-on tattoo or junkie plastic trinket that doesn’t even work.

I think most of us are sick of these guys telling the collective that they were really that good and really didn’t need to do it to start with. That they need us just to give them a 2nd, maybe 3rd chance, and they will show us all how great of riders they really are. What they don’t realize, it is super easy to spot the guys breathing through their noses when the rest of us are gasping for air. They already got to their destination, while the rest of us are still on our journeys. 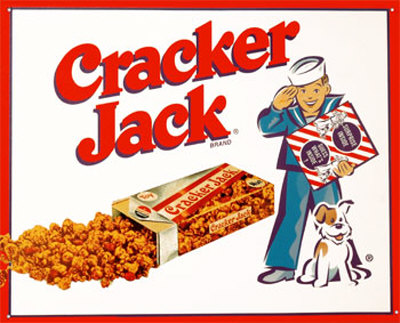 23 thoughts on “The Cycling Collective”