Anyway, I’ve been coming to Vail to race bikes since, the late 70’s. That is nuts even writing that. I can’t tell you the first time I raced in Vail, it must have been a criterium, probably during the Red Zinger or Coor’s Classic, but it’s been a long time.

Then when I switched over to racing MTB more full time, each year there was always a World Cup, or even the World Championships held there. When I was interviewed about my favorite place to race, I would always say Vail, even though I usually, personally, sucked racing there. I never had very good luck racing higher altitude MTB races. I loved racing there because the town of Vail treated the bike race very well. They closed down the main streets and had us race right through the middle of the village. Plus, the town and hotels never jacked the event with jacking up the prices when the race came. The race circuit went to Traverse City, Big Bear and such. Each one of those events, you would pay out the wazoo for an old, seedy room. In Vail, they would just honor the summer rates and you were staying in beautiful, new hotels and condos.

The crowds for the Vail criterium in the Coor’s race were incredible. The whole course would be lined 5 deep. We’d usually ride a time trial in the morning up the frontage road towards Vail Pass. The same course that the Pro Challenge used for the time trial.

Sometimes racing in Vail I would surprise myself. One year for the Coor’s race, I was riding for the La Vie Claire Team. A then start up company, Krestrel, built me a custom frame to race. The first time I rode the bike was for the Vail TT. Paul Koechli, the team director of La Vie Claire came up to me before my start and told me to take it easy during the time trial. That I was supposed to be helping Roy Knickman and Andreas Kappas in the afternoon. I remember just cruising up the TT, whenever I got a little winded I would shift down in the back. All the time, everyone lining the hill would be saying something about the Krestrel frame. It was a very good promotion for them. The strange part was that when I got to 2 km to go, I wasn’t the least bit tired, so I stood up and rode the last mile off my seat, staying in my big ring. I don’t remember my exact place, I believe top ten, but it was the best, by far that I’d even done in that time trial.

When the Mountain Bike Worlds were held in Vail in 1994, it was the first year I rode for Specialized with Ned. I never rode well at altitude. We’d raced in Big Bear at altitude a couple weeks earlier, then the World Cup finals in Silver Star, BC Canada, sort of at altitude and then stayed in Vail up until Worlds. After a month at altitude, I must of been sort of used to it. I started at he back of the field because I had to ride the qualifying race. I ended up moving up the whole day and finished 12th place that year, the 3rd American, behind Tinker, who finished 2nd and Paul Willerton, who was 6th. Ned was sick before the race and finished behind me in 15th. That result for sure secured me a contract with Specialized for the next few years. It is strange how one thing can shape your future.

Anyway, I’ve always enjoyed Vail. I never would be out here right now if it wasn’t because of knowing Mike Kloser from racing mountain bikes. He’s from Iowa, but has lived in Vail ever since I met him. He is a legend here and got me into see Dr. Millett. It is strange how connections open doors. I’m going to be out here for the next couple weeks, at least, doing physical therapy on my shoulder. I hope to feel better soon, so I can get to enjoy some of the city. I plan to do a whole bunch of walking around and hiking the next few weeks. 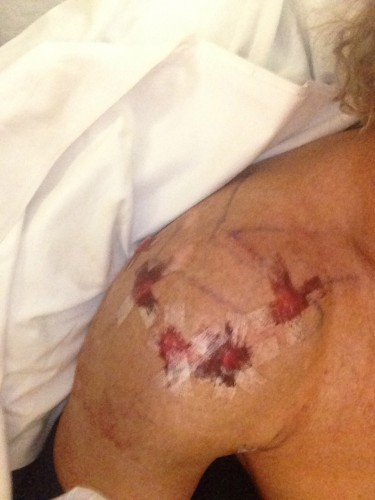 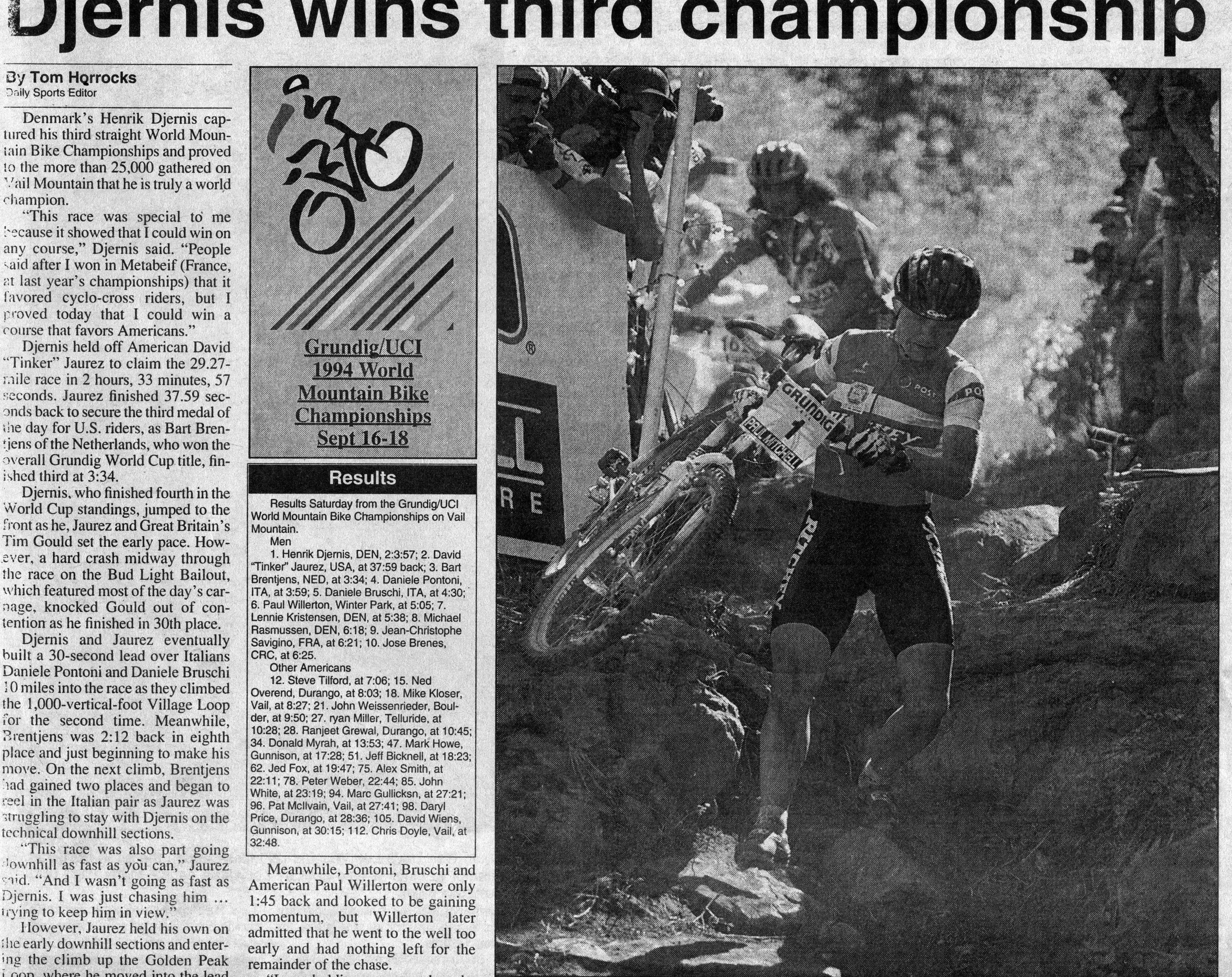 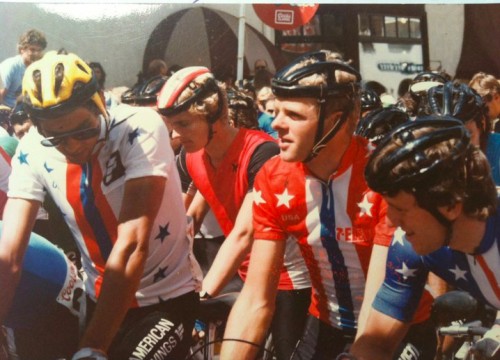 I think this is the start of the Vail Criterium in 1984, This is Alexi, Ron Keifel and myself. That was an Olympic year and they only allowed National Teams in the race. The US got three teams, the red team, white team and blue team. 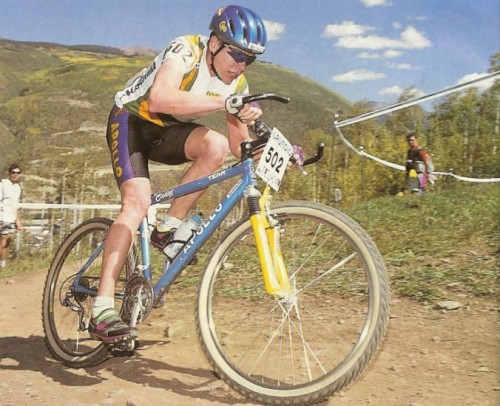 This is Cadel Evans racing MTB in Vail back in the day.

6 thoughts on “Been Racing in Vail for a Long TIme”