It’s 3 am and the pain block for my arm has worn off. I can’t say it’s the most pain I’ve ever experienced, but I am pretty uncomfortable on a lot of different levels. I have a splitting headache, which if I could alleviate just one thing, that would be it at this very moment. Then there are a multitude of other issues that I don’t really need to list here.

The fixing part yesterday went about like I had prepared myself for, not what I was hoping for. They could only reattach one of the tendons, so there other is a write off. I’d done enough research myself to know that it was a long shot to get the worst one back on, but after talking to Dr. Millette on Tuesday, it sounded like he was going to be able to do something with it. Guess not. I’ll find out more at 8 am when he stops by to talk. That was the first depressing news.

The second depressing news was that my bicep was detached and had to be reattached. The MRI didn’t say a thing about that. I guess I am gong to lose about 15% strength there. There goes my awesome sprint.

And finally,the last depressing news is that the PT guy stopped by and said that I could do absolutely no movement for 6 weeks. And that was super unusual. Usual would be doing PT right after the surgery. I don’t know what that is all about, but I’m hoping that is a very pessimistic view. Again, I’ll find out more about that soon.

Yesterday was way long. Enough whining (and this is officially whining). I really haven’t slept since 4 am Wednesday morning, so that is approaching 24 hours now. I should feel better with a little sleep. Think I’m checking out this morning. I’ll post something more, more upbeat, hopefully later. 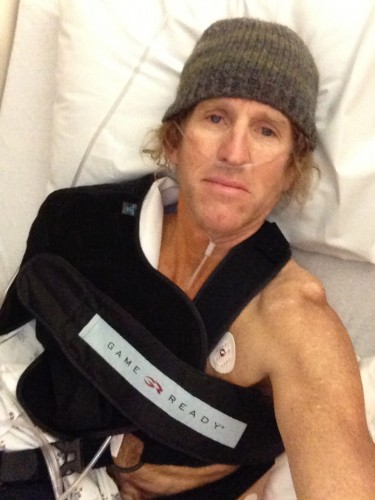 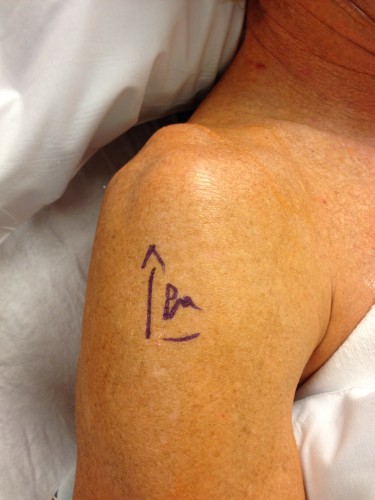 The doctor came by and marked the correct arm to operate on. That lowered my confidence level just a tad. They had already shaved all the surrounding area, including my armpit. The nurse apologized about being a little rough and said something about knowing how weird it must feel. I told her I did it all the time, so no worries. 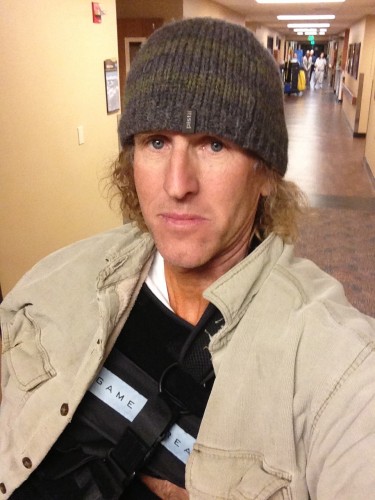 Wondering the halls late at night. 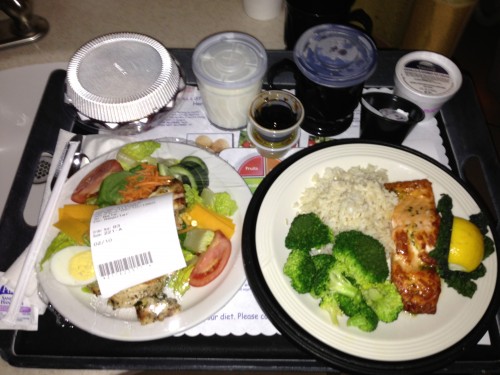 22 thoughts on “Yesterday Could Have Gone Better”