I’ve been thinking about why I enjoyed watching the races on Saturday so much in Louisville. I’ve posted it here many times, I’m that usually that big on spectating bike races. Especially races that I’d like to be racing. Maybe I’m just changing and have changed my mindset on this or maybe the races were just so darn exciting that I forgot about any personal issues and just enjoyed.

No matter what the complaints were on Saturday, waiting in a long line to enter the venue, to not having any nourishment, I didn’t meet anyone that wasn’t crazy excited about what was going on.

I think the main reason for this was that there were just enough people there to allow accessibility to being really close up to the action. There was hardly a place that you couldn’t eventually get up to the barriers and watch super close up. This accessibility made the race seem very special.

I think that is a big attraction that the sport of cyclo-x has going. Watching the riders as the mud sprayed off their wheels into their faces, and ours, made it that much more real. It allowed us to experience the event from as close as we can, almost from within.

I thought the crowds were awesome in Louisville. The Belgians thought there weren’t that many people there. But, from what they are used to, I can understand. But they also said they were so surprised that the fans cheered for each and every one of them. The reason for this is that many of the spectators are also participates of the sport. That is pretty special. That is the reason that our fans were so appreciative of the riders and cheered all. They have personally experienced the effort and realized how special these guys are. It was great.

I haven’t spoken to anyone that was disappointed after the event. It was very cool. Sure, it could have been better. More beer, more food, etc., but those are just ancillary things that would make it better for the casual observer. True cyclocross racers couldn’t have asked for a better day. The course, the races, and the riders guaranteed that.

I took all these pictures with just my iPhone. Pretty accessible. 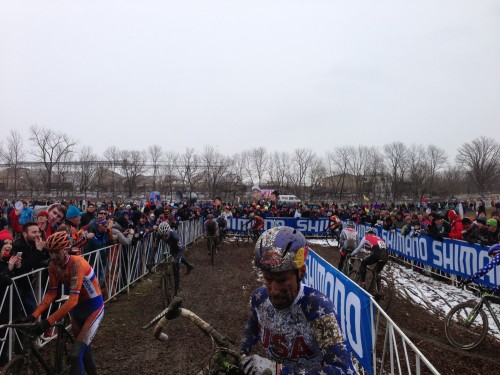 This picture, of Tim Johnson, was taken through the stair run-up. 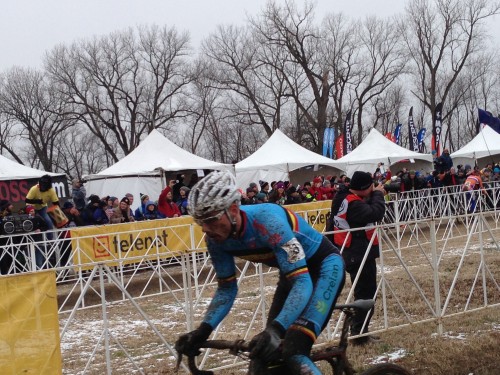 Sven after the barriers. 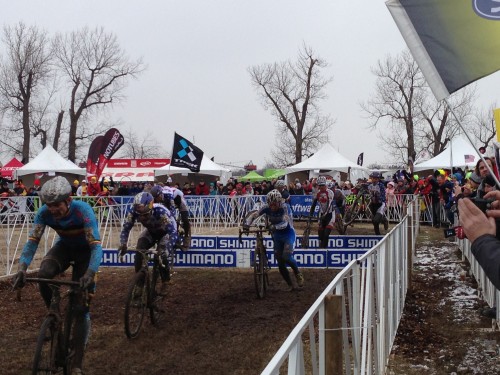 A little ways back on the first lap. 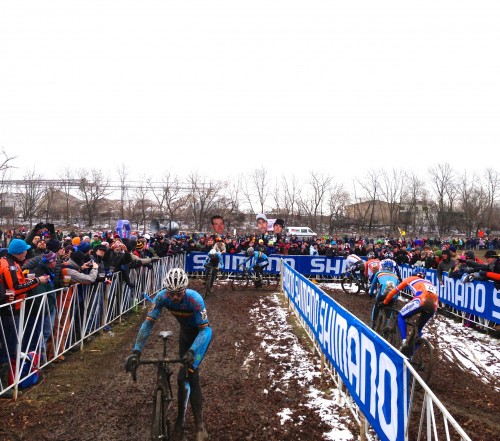 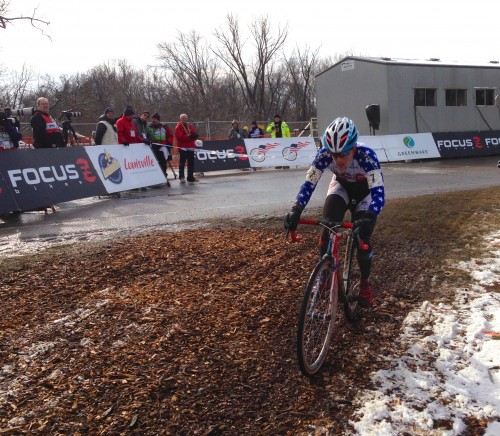 Katie coming off the pavement the last lap. 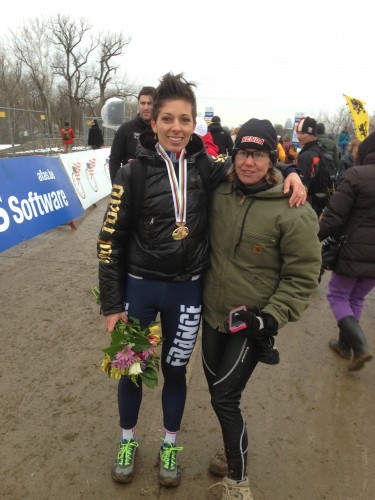 How about accessibility to the winners. Catherine loved speaking a little French to the 3rd place finisher. 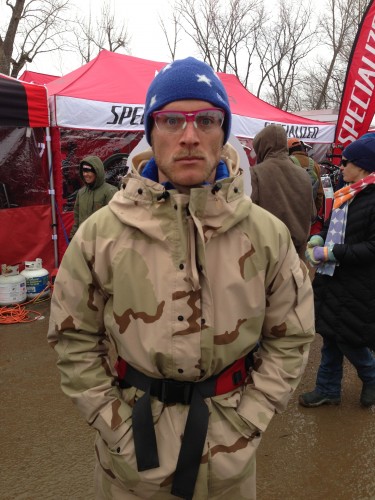 Here’s an incognito Brad Huff, who had made his way over from Springfield Missouri. I hardly spotted him, being so camo and blending in so well with the crowds.

7 thoughts on “Cyclocross Worlds Wrap up”