Bill, Trudi, Bromont and I drove the 600 miles to Louisville, leaving early yesterday morning. I had an appointment to get some ultrasound and PT at 5 pm, so we had to scurry.

We got here early enough to actually check in to the hotel and suit up to do a lap of the course. It was just raining a bit, but we drove here all day in the rain. It looks like it is going to be raining pretty much the next three days. I have to assume that it is going to get pretty sloppy the next couple days. I heard through the grapevine that the course is closed all day today. I’m not really stressing this, because I don’t plan to ride the course much before the qualifying race on Tuesday.

The course is pretty good. Lots of open riding and tricky places. There is a lot of sand, but the sand is all rideable and should be even more so as it gets wetter. There are two ascents up a 20 meter hill. Yesterday, the first one was doable, but it is not going to be after it gets slick and muddy footprints riddle the course.

The weather is going to be the question here, as always. I think it is still going to be sloppy by Thursday, but it looks like it is going to freeze up solid on Thursday night for Bill’s, Shad’s, Matt’s races on Friday. That would be a shame.

Last night I ate more food than I’ve eaten the last week. We drove a bit out of town to eat with friends, Stacey and Carl. Stacey is from Wisconsin, up by Cable, where I usually hang this time of the year. She is an orthopedic surgeon and is helping me out with my shoulder. Anyway, she cooked up an amazing meal. Salmon, chicken, pasta, two salads, lots of fruit, plus two desserts. I ate until I nearly popped.
It seemed to sit pretty well, which was amazing too. I’ve felt weird in my stomach for over a week now, but I must be better. We’ll see how it is today.

Okay, I’m not going out there today. Might actually just ride a trainer, oh no. Okay, I’ll update later as I wake up more. 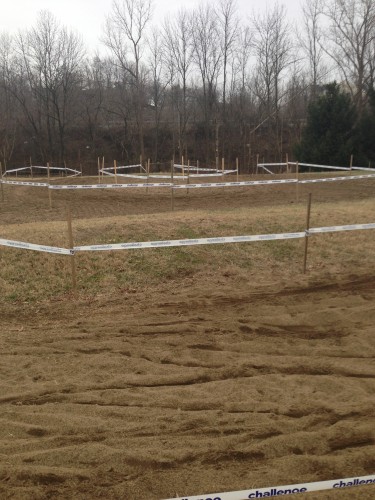 Here is the longest sand area, something like a spiral. 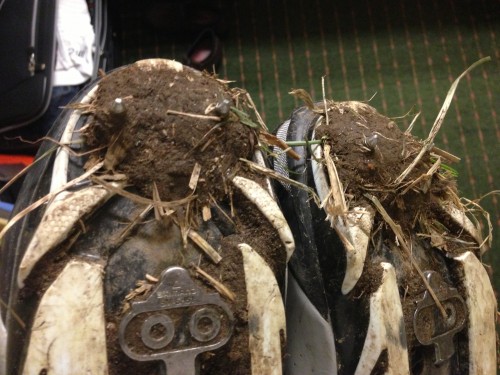 My homemade spikes are going to come in handy here. This is after just walking one hill, one time. 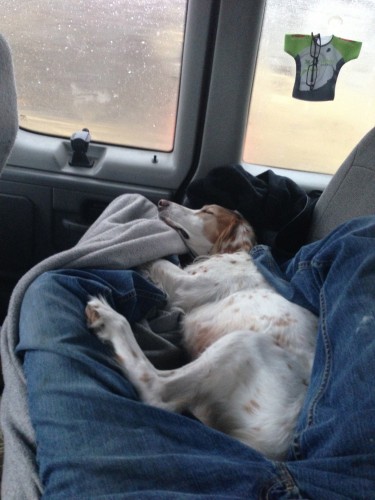 I drove most of the way, well more than 1/2, but the rest of the time I was in the back with Bromont. 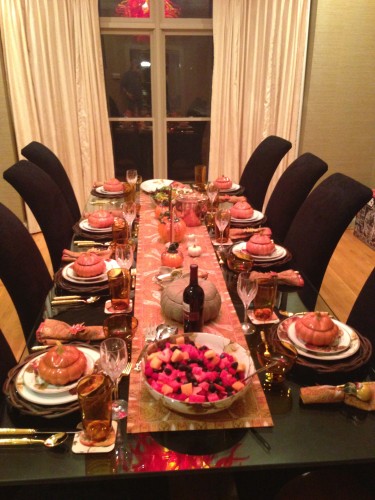 This is the table setting, at least as nice as any Thanksgiving as I’ve ever seen. 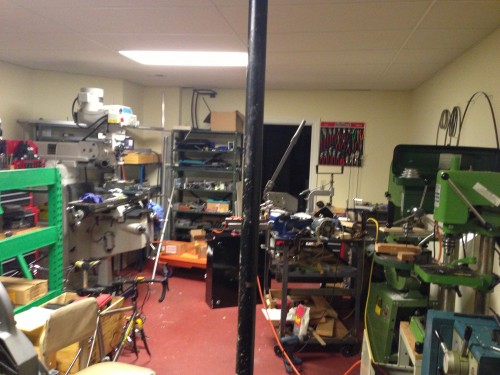 Carl has a full machine shop in their basement.