I am having a hard time getting motivated for the Madison trip for Cyclocross Nationals. Maybe I’m just looking at the pessimistic side, but it looks like it’s going to be a mess weather-wise, for the majority of the week. Yesterday,I posted a couple photos of the snow removal process going on currently. It is so hard promoting a bike race, especially in a Northern climate in January. But, the weather is going to change for the worse or better, depending on how you view it.

Starting Monday in Madison, the highs are supposed to be above freezing. Worse than that, it is supposed to be sunny for the first three days. Then on Thursday, when I’m doing my first race, it is supposed to be in the upper 30’s and raining. I don’t rely on forecasts a week out normally, but if this is anywhere near correct, then there is going to be a ton of walking/not riding on the course. I really don’t see how they can change the course to remove the climbs, which were pretty hard to climb last year without anywhere near as much snow/water on the course.

I made some spikes to put in my shoes in case it is was going to be icy in Madison. Maybe I’ll use them for the weekend, when the temperatures are supposed to drop back down into single digits.

I made a pie last night too. I actually only made the crust, Trudi mixed up the innards, which was mainly apples and cranberries.

I have decided to drive up to Chicago on Saturday and race the UCI race there on Sunday. I’m not going great, but I haven’t had a opportunity to ride against Jonathan, Tim Johnson, Powers, etc., so I can’t think of any reason not to go. I don’t think I’m going to get any fitter training down here in Kansas and it is nice getting the drive over.

Okay, I had to get up early to go to the doctor this morning and am tired. I guess I have a mild infection in my right ear, but the guy pulled a big pile of something, I’m not sure what, out of it. Discharge? Whatever, it is nice knowing that my ear is clean and might feel better. I told him I wasn’t big on taking antibiotics and he said he could cut and drain it if I had any more problems, without taking any antibiotics.

So, I’m going to post this tonight and just go to sleep and sleep in. 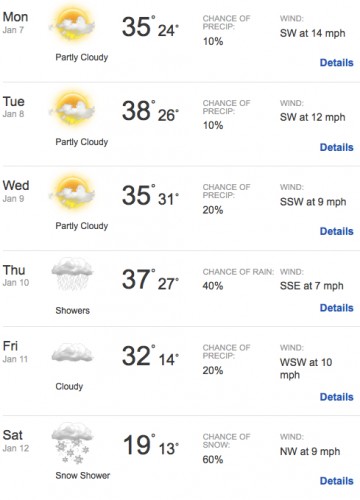 If there wasn’t 2 feet of snow currently on the ground, this forecast would be perfect. 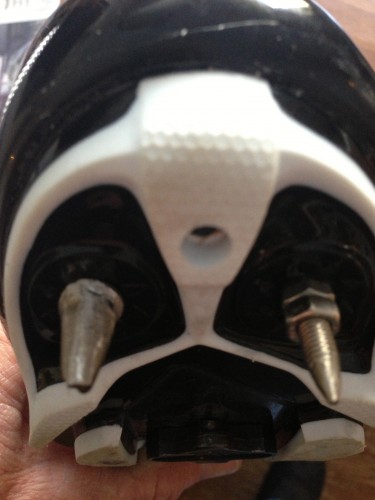 I was messing with different spike options for icy running. 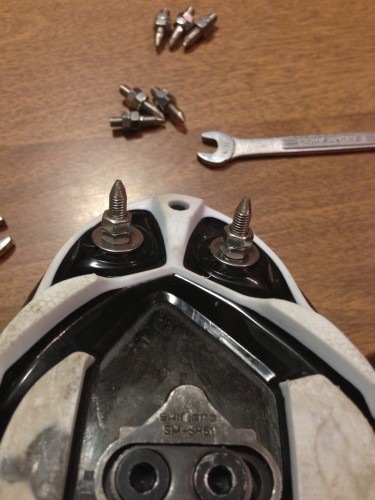 I settled on stainless steel bolts sharpened on the grinder. 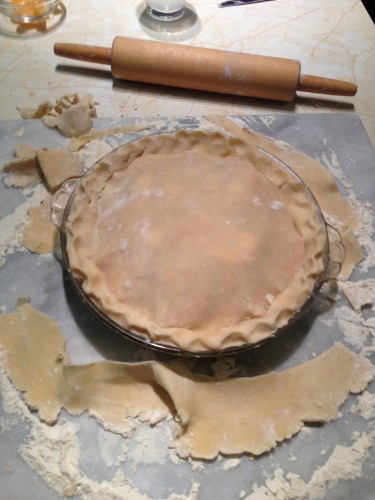 Pie in the winter is especially good. 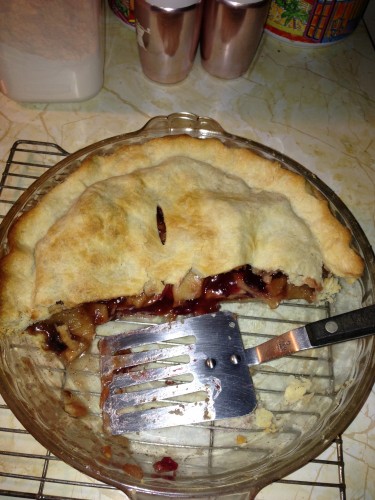 The problem is it looks like this about 10 minutes out of the oven. 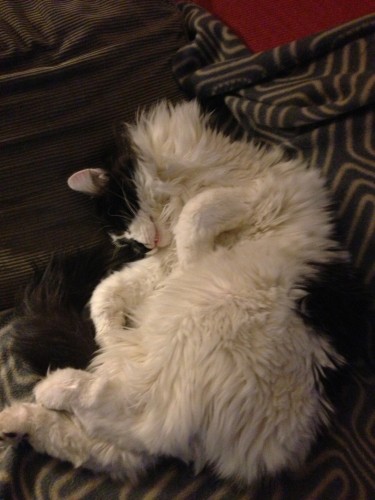 Cats sure no how to sleep in the winter. 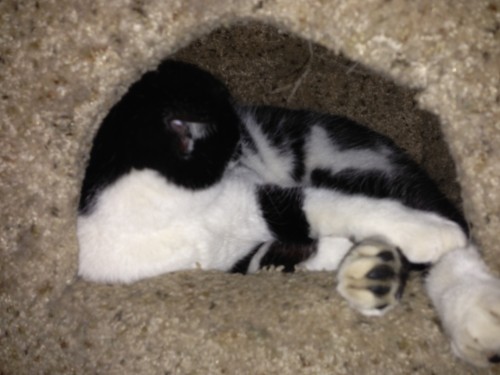 Even though 8 live here, sometimes it’s hard to find one awake. 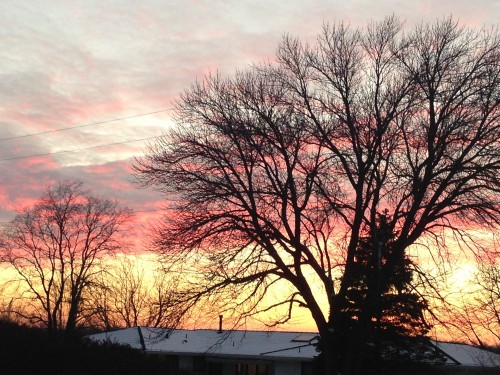 The sunset yesterday was especially good.