Yesterday was a really fun day. It didn’t go well, by any accounts, by it was enjoyable none-the-less. I flatted 4 times in an hour cyclocross race. On a course that seemed pretty tame, but obviously wasn’t.

The course was at a place that makes apple cider, one of those places that has a corn maze, wagon rides, and a pumpkin patch. The course reminded me of racing in Switzerland. A course cut out of nothing that turned out to be really good and challenging. It was a much better course than the Belgian race I watched Sunday morning in Leuven.

As usual, I didn’t feel too great warming up. I’ve been going through the correct motions, but it doesn’t seem to be clicking. But, I didn’t let that bum me out too much. The start was on a gravel type road and Shadd Smith, KCCX, pretty much schooled us from the gun. I’m not worrying about racing anyone right now, just trying to do things right that might make me better for later. That being said, I didn’t want to give Shadd too long of a leash.

So, for the first lap and a half, anytime it got to a big riding section, Shadd would do just that, ride away from me and then I’d come back to him a little while later. I was pretty good with that this weekend. I knew I’d be going better the last half of the race compared to the first. But, as luck would have it, I didn’t get that chance. About 1/2 way through the 2nd lap, I hit a rock in a corner and pitched my front tire. I only had to ride a couple minutes to the pit, but it was slow and I lost a bunch of time. But, I still was motivated to put in a good race.

Then it got just silly stupid. I flatted just about every lap from then on. I know I said the course was good, and it was, but there was just a couple places that it was riding through fields, with field stones buried beneath the grass, and they didn’t seem to agree with my tires and/or wheels. One flat I had to ride nearly 2/3 a lap and by the time I got going again I was back in 4th. I was going just okay, not good, but not horrible, but not good, really. Eventually I got back up to 2nd with a little over a lap to go. Then I flatted once again. I didn’t have any wheels left, but Trudi had “borrowed” Matt Gilhousen’s wheels from the pit and put them on my spare bike.

By then I was pretty much done. Lawrence Simonson, Walt’s Bike Shop, had been ahead of me for a few laps when I was going in and out of the pits. By the time I got my last bike, he was pretty much back. Trudi and the guys in the pit had done their best to make my bike work, but there was a little brake drag and my gears were out of adjustment. So, I flailed around the last lap just a few dozen meters ahead of Larry. I was okay, but ready to be done.

So, I finished 2nd, which was better than a DNF. I really enjoyed racing though. I did get better at a few things. I started running the barriers instead of hoping them, just to get some practice in. I really missed the opportunity to duel with Shadd though. I wasn’t as bad as I was in Topeka the week before and the course yesterday was much better for me, so it would have be interesting. Shadd is going much better than me right now. He has pretty good acceleration out of corners and I’m just dieseling. But, eventually I have to come around I hope.

It is weird flatting in cyclocross races. I don’t flat that much. But, the few times that I do flat it seems like it comes in droves. I guess that is alright. At least it happens when I’m already having issues.

So, I flatted two Clement PDX tubeless tires, a FMB with Michelin Mud 2 tread and a Challenge Limus. That is about $450 worth of tires at retail. I did end up with 3 six packs of Boulevard Beer and a gallon jug of apple cider, so it wasn’t all that bad. Hopefully, that is all the bad luck I’ll have for the rest of the season.

I have to figure out what I’m going to do the next few weeks. At least after Christmas. I think there are 3 cross races locally between Christmas and New Years, but I haven’t really checked that out yet. If the weather stays good, I’ll just train here. If not, I might have to head somewhere with better weather. 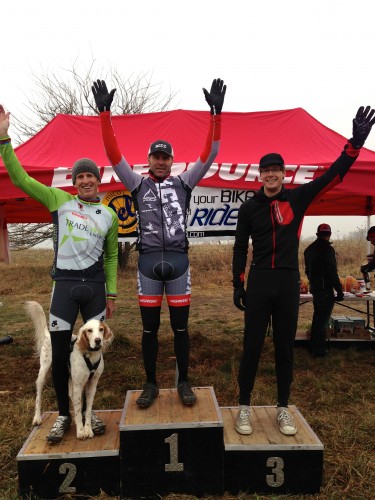 I think this is the first time that Bromont has actually been in a podium shot. 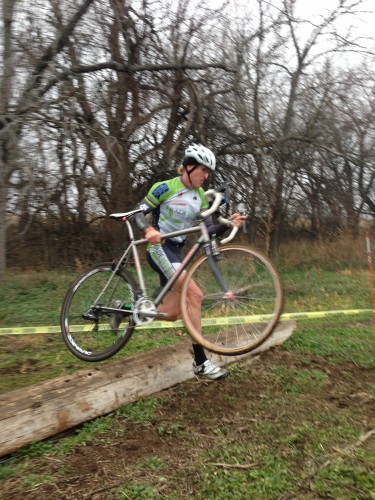 I bunny hopped these the first couple times, but started running them for practice. 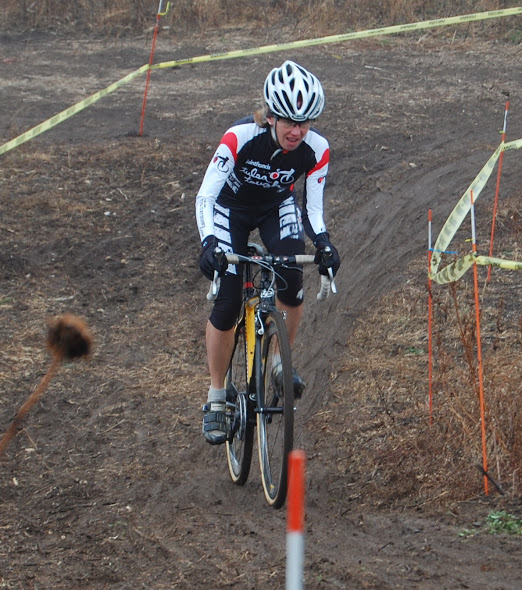 Catherine won the women’s race, so that is two weekends in a row for her. 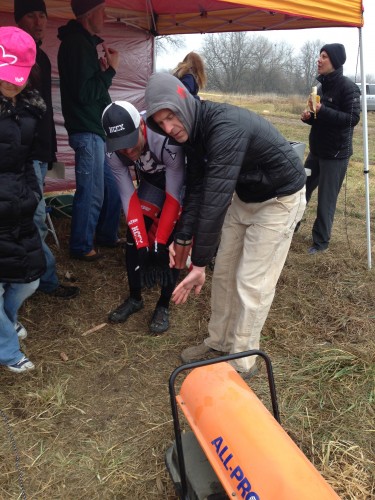 This is Matt and Shadd trying to warm up some after the race. It was supposed to be 50 and sunny, but never made it over 35 and it was really damp. 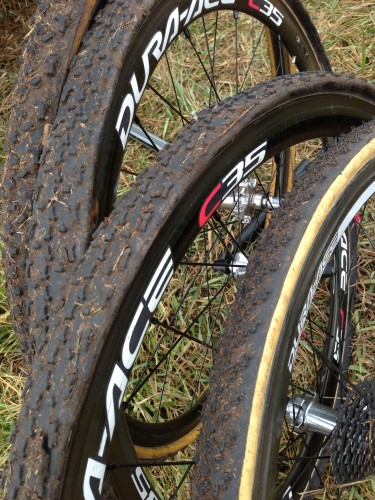 This was the damage after the race. Crazy. 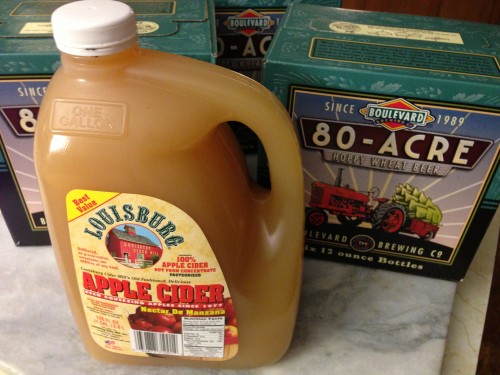 Nothing like getting liquids for rewards for doing things you enjoy.