This isn’t the first Formula 1 I’ve been too. I raced in a bicycle race on the track of the Long Beach Gran Prix way back in the late 70’s, during qualifying. I was more interesting in the bike racing than the car racing at that point. I am still, but I’m at a car race this weekend, not a bike race.

The F1 practice was awesome yesterday. We rode our bikes over to the bike corral just South of the airport and then took a shuttle to the track from there. Even just practice is unbelievable at a Formula 1 race. It seemed like the place was packed and it was only Friday for practice. On Sunday, it is going to be way more unbelievable. The amount of people will be many more times the amount there today, and it was already nuts. I doubt there is a chance that I will see much of the race, but the life experiences will be good for sure.

The crowd yesterday at the practice was super eclectic, just like the night before down on Congress in downtown. It is a very strange collection of people from all over the world. And, they have at least one thing in common, the love of cars going very fast.

After the practice by the F1 cars, they had a practice for the Ferrari race. The Ferrari guys looked like they were hauling ass, but their times were around a minute slower per lap than the F1 guys. That is pretty unreal.

What is weird to think is that the financing of a Formula one team would pay for about 5 or more Pro Tour teams. The money involved in F1 is off the charts. The helicopters flying back on forth between Austin and the track was never ending. I don’t know where they all came from.

I’m skipping the race today, which is qualifying. It is going to be an all day affair tomorrow, with a ton of waiting in lines. There were lines 200 meters long yesterday for hotdogs. The food at the race is about 3X the price of normal. A beer is $9, but they have a captive audience.

I’m going for a longish ride and try to make my legs feel better after standing around for 5 hours yesterday. We walked a whole perimeter of the race track, but there was still a ton of standing. Cyclists in general are horrible standers. I am no exception there.

Okay, I wish I could be two places at once. The Jingle Cross up in Iowa City is happening already. I love that race. But, it is a UCI event and I can’t really race those races with any enthusiasm because I can’t finish in the top ten, or 15, depending on whether it is a C1 or C2 race. But, the way I’m riding, it would be a gift finishing 11th there. Good luck to all the guys running up Mt. Krumpet this weekend. 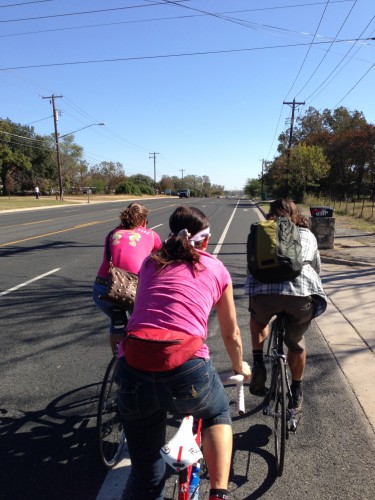 We rode our bikes over to the bike corral just South of the airport and then took a shuttle to the track from there. 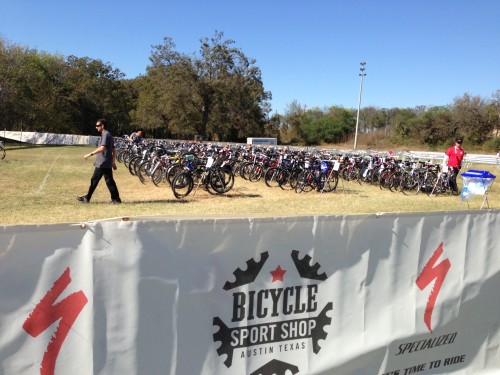 The bike corral early. Sunday I think it will be jam packed. 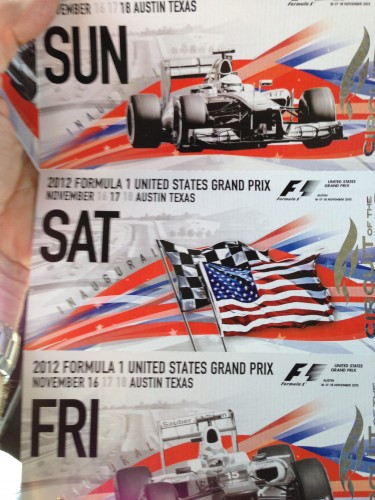 Even the tickets seem special. 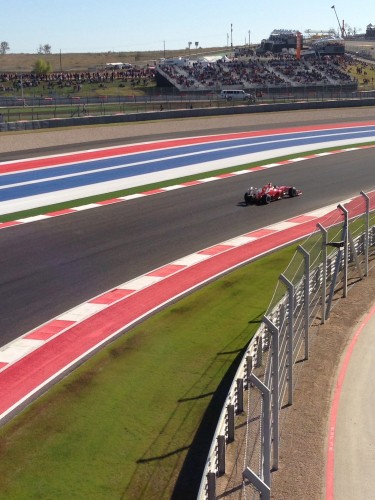 It was really, really loud. 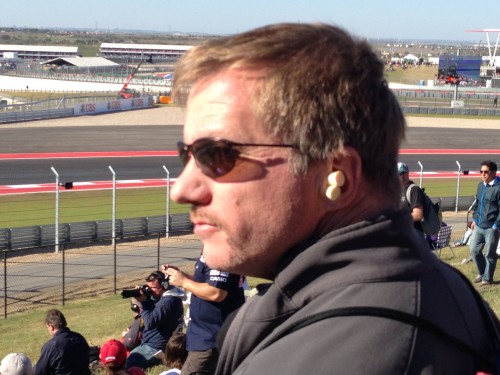 This guy was the smartest guy at the race. 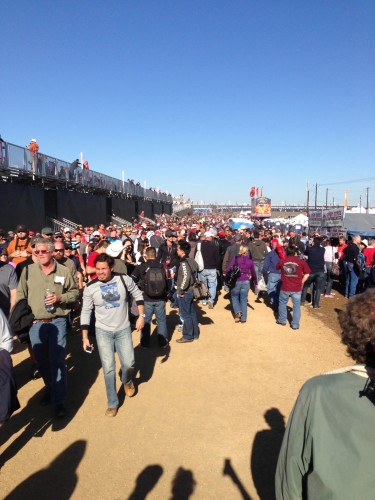 There were people everywhere. 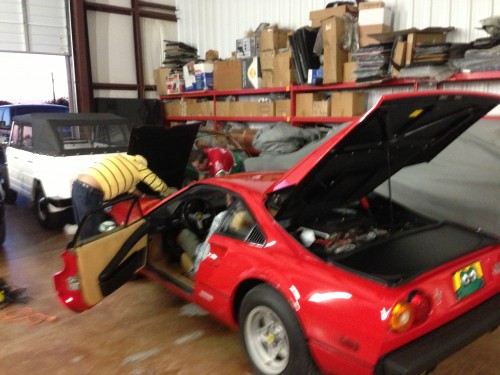 After the races, we went down south of Buda to look at a Ferrari. Don has been looking for a 308 for the past year. This one is nearly perfect. 22, 000 miles on a ’78. It still has the original tires on it. 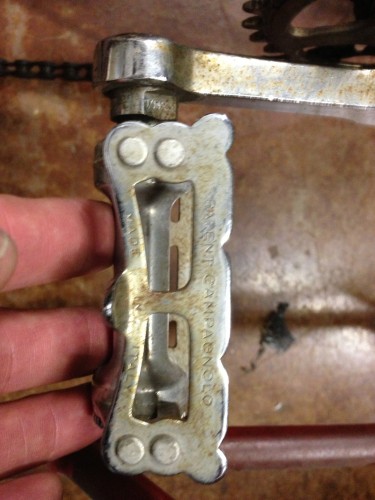 There was an antique pedal car in the morton building where the car was stored. I tried to buy the pedals from the guy, but he wanted to keep the car complete. They were Campy track pedals.

2 thoughts on “Can’t Be Two Places at Once”