If you haven’t noticed, I love to race my bike. I really like to ride my bike, training is great, but the additions that racing adds, makes it that much more enjoyable. The mental aspect is nearly as intoxicating as the physical.

This year I haven’t raced anywhere near as much as previous seasons. For a variety of reasons, but mainly injuries. Back when I was on a full time road schedule, along with cross, I had close to 125 race days year, year after year. Of course this included quite a few long stage races. This season, I’d bet it is less than 40 total race days. I haven’t done one stage race the whole season. I’d bet that is the first time since I’ve started racing that is the case.

I might have been the first rider that stayed in shape nearly the whole season. Back in the 80’s I’d race a full road season, which usually included a trip to South America in October or November, then race something like 5 cross races before Nationals, which was around the first of the year, and go directly back to the road for Tour of the Americas or some race like that, which was in early February. (Lots of comas in that sentence.) I normally ride best in the Spring and late Fall to Winter, so that is probably why that schedule materialized. It’s always more fun to race when you’re riding well.

The reason I thought about all this was the for the past two presidential elections, I was racing the Tour of Southland in New Zealand. One time, I had to make a decision about doing the stage race in New Zealand, or a Red Bull Rage Downhill for road bikes in LA. I toiled over that decision for a few days. Trying to decided between coasting downhill in smog or stage racing in New Zealand was hard, which might seem strange. But, both had their attractions and benefits. I ended up making the correct decision and flew to New Zealand. They ended up cancelling the Red Bull Challenge because of a fire that was in the canyon they were using.

But, there are choices like that nearly every weekend now. Do you race the cross weekend in Cincinnati or go up to Traverse City for the Iceman Cometh? Or ride a charity ride with a bunch of friends in LA or do a cross weekend at Balboa Park in San Diego? These choices are constant and happen nearly every weekend throughout the season now. It is a good thing because it shows the popularity of the sport, but it is also hard to deal with mentality. You can only be in one place at a time.

I’m not toiling with the choices right now so much. I’m not riding that great, so I feel I’m doing the exact right thing by just pedaling my bike and enjoying the scenery. But, when I start riding better, the choices start again. I guess it isn’t really all that bad when I think about it. 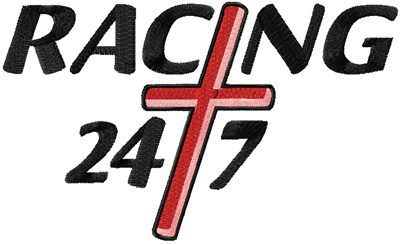