It might be more appropriately titled, Riding in the Ozarks, but we wont know that until later today. Right not I’m hoping to be racing, at least most of the day, which is nearly 60 miles, off-road, with the majority of it, around 45+ miles pretty technical singletrack. 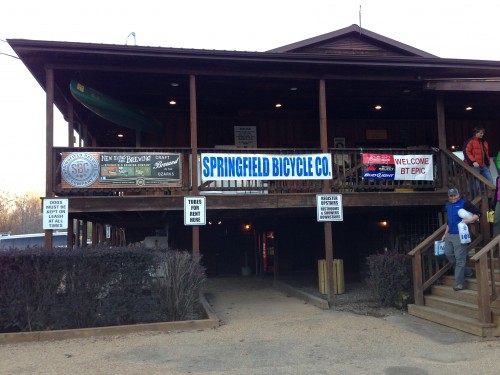 I’m at the Berryman Epic south of St. Louis a couple hours, in the hills of Missouri. I’ve ridden the race the past 3 years. I’ve only won once. The first two editions, I had a lot of trouble keeping air in my tires, but that wouldn’t have assured a win even without that problem. The name of the race is appropriate. It is a very hard day on a bicycle.

The course is mainly old horse trail, with lots and lots of exposed rock. This year, on top of that rock is lots and lots of dry leaves. I guess it was the perfect storm for leaves here and they all fell at the same time, maybe yesterday. Whatever the reason, you can’t see any of the course because of the cushion of leaves. That isnt’ a good thing. It is going to be easy to get lost, which is always a worry here. 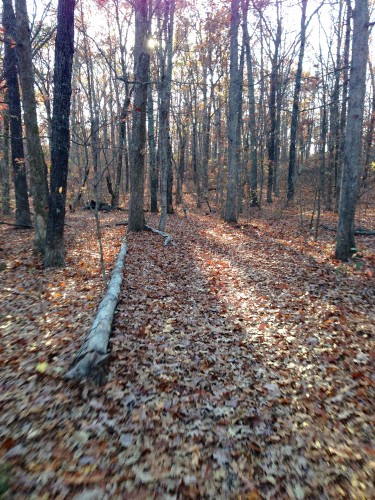 There is $400 to break the course record. I’m nearly positive that I’m not doing that, since I set the record last year, but you never know if someone else here is up for the task. Last year I cruised the last 10 miles to make sure the record wasn’t way out of reach, in case I was coming back this year. Here I am again, but I don’t think I have the juice to compete at that level. I’ve been resting pretty much the last couple days, but pre-riding the course yesterday, I wasn’t feelin’ it. Not even close. But, I have over 4 hours to try to get back in the groove. That being said, it is very hard racing MTB and coming around later in the day.

There are some good riders here. Aaron Elwell and Bryan Fawley from last weeks Ruts and Guts cross races in Tulsa are here. They finished 1st and 3rd overall in the omnium. Lots of other guys have the abilities to have a good result, it just depends on the day. I hope to try to stay in contention until the first check point, about an hour in, and then do a systems check. It is only supposed to be 28 degrees at 8:30 for the start and get up to the lower 50’s by 1 pm, hopefully the finish.

I was thinking about baling on the weekend, but couldn’t think of something more enjoyable to be doing. I hopefully won’t be in as much physical pain as I was cyclocross stage racing last weekend. Endurance MTB racing is a slower tempo, less intense effort. Not that it isn’t very hard, but it is hard in a different way. I hope my lower back holds up. It was rebelling on me pretty good last weekend and the races were only an hour at a time.

Okay, I’d better suit up and get ready to head out. I’ll post some results later today hopefully. 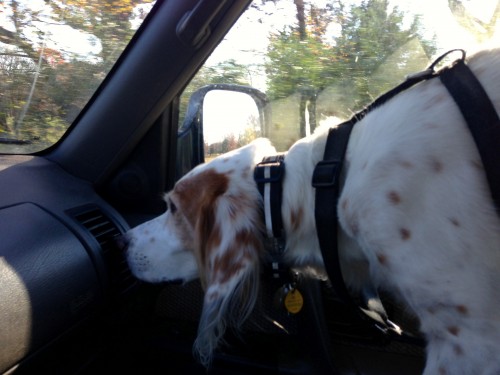 Bromont loves it at the Bass River Resort. I have no idea how he knows when we were getting close. He slept in the back until about 15 miles to go, and then he lifts his head, takes a couple deep snorts and starts his craziness. 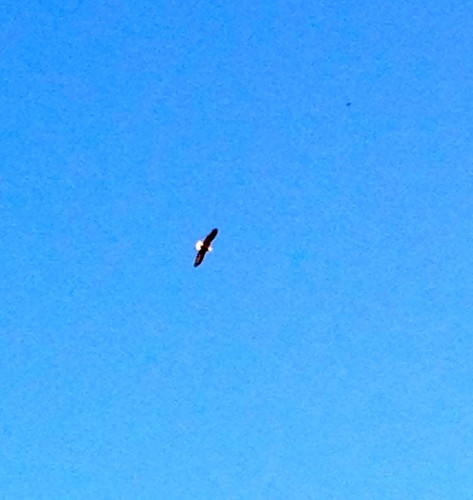 Finishing the ride, I looked up and saw this Bald Eagle soaring above. That has to be a good sign? 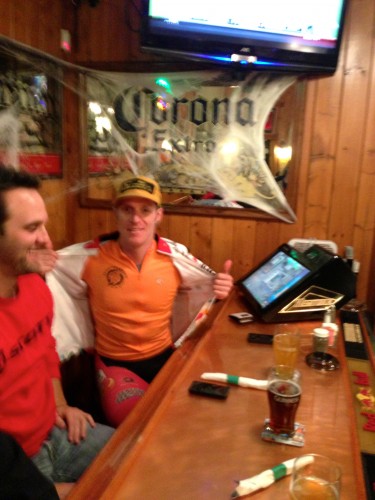 This is Brad Huff, sporting his 1997 Missouri State MTB Championship Jersey, beginners class. Brad just returned from the Japan Cup racing with Ivan Basso and Co. Now he’s riding around the Ozarks with a bunch of his friends. A bike racer through and through.

2 thoughts on “Racing in the Ozarks”