Last night was great. That being said, racing cross at 9:30 for an hour, in pretty dusty conditions, makes for a lot of lung distress, plus makes for a short night. It is nearly impossible getting to sleep before dawn when those two things occur. But, it was great none the less.

Tulsa is only a 3 hour drive from Topeka and since the race wasn’t until late, we didn’t have to leave until nearly 4. That is strange in itself. Joseph Schmalz drove over from Lawrence and drove down with us. It’s an easy drive, but it is two lane most of the way.

When we pulled up, it was readily apparent it was going to be really dusty. The 3’s were racing and it was a dust bowl. I’ve been fighting some lung thing for the last few days, so I wasn’t too happy. Joseph seemed to be more concerned than me.

We got in a couple laps between the 3’s race and woman’s race. It was pretty much the same course of last year, which is really technical. Really technical for a cross bike. It seems like any cross race in loose dirt is pretty technical. But, add in lack of vision and it gets interesting. I liked it.

They lined us up by USAC ranking, so I got a good front row call-up and the start was important. I jumped the gun by a fraction. Not on purpose, but it still worked out that way. It is weird the couple times I’ve done that. I end up not really going hard, because I feel guilty, so it really doesn’t work out that well.

I guess I should pre-face this with I didn’t have high expectations for the race. Like I said above, my lungs are kind of jacked up and I feel kind of weird. I predicted a 12th place finish. There were somewhere around 40 guys at the start, which was good.

Anyway, I rode around most of the first lap in 3rd. Bryan Fawley and Jacob Lasley rode away from me pretty early. I rode around for a couple more laps alone, then Chris Drummond caught me. I pretty much sat on Chris the rest of the race. Well, not the rest because with 2 1/2 laps to go, Aaron Elwell caught us. I wasn’t too concerned. Even though I felt like shit, I was riding pretty within my abilities for the night. I realized early that the best place I could finish would be 3rd, so that was the target.

After Aaron caught us, he went to the front pretty quick. He rode the stairs section fast, faster than I’d been riding it. Chris had been running them and lost some distance. Descending off the stairs was a steep pitch on the descent. When I got to the bottom, I was on my break levers and I was a little front heavy and my bars twisted down, a lot. So, my brakes were pulled on. Obviously, I had to go into the pit.

The pit wasn’t user friendly. One way in and then out the same way. I lost maybe 20 seconds. My spare bike just had my gravel road clinchers on it. A bald Bulldog and a Michelin Jet in the front. Not too good for loose dirt. But, surprisingly, they weren’t that bad. I tried for a lap and realized I wasn’t catching them. My lungs were pretty done, plus my lower back wasn’t happy either. So, I pulled the plug on the last lap and just rolled around. So, I finished 5th.

Bryan was going pretty good. Jacob flatted once, so he started riding cautiously, and cruised in for 2nd. Aaron got the best of Chris for 3rd. I can’t be too unhappy with my finish, but paid the price. If I thought I was having lung crud issues before the race, then this morning it is confirmed.

Catherine, and her mom, swear by Colostrum. (In tablet form, not fresh.) So, I’ve tried it the last couple times I feel under the weather. I have 6 left. I took 4 last night and am going to take the last 2 this morning. We’ll see. Speaking of Catherine, she is driving down to race the last two races today and tomorrow. She had to work in Boston Thursday and Friday, so had to miss last nights race.

Tonight we race on a driving range under the lights again. It is pretty flat. Last year it was a grass criterium. Pretty fast and interesting. Hope it is the same tonight. Should be fun. 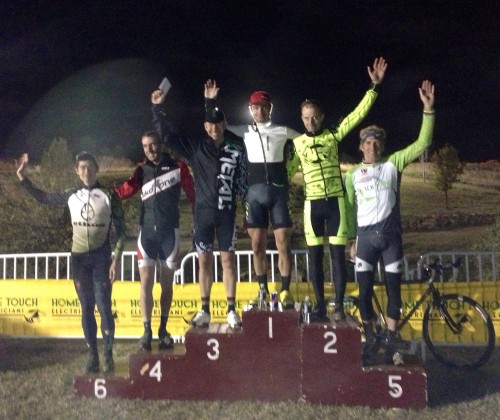 The podium. I was worried about being too hot this weekend, but down in the low area of the bowl, late at night, I was freezing. 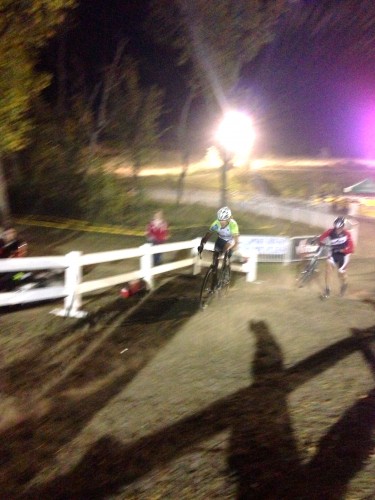 I rode the stair section. It wasn’t really faster, I just didn’t want to run that far. 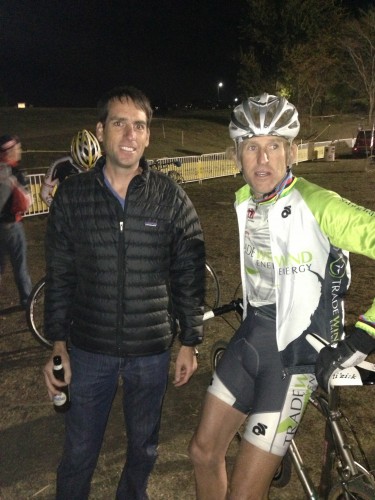 It’s always nice catching up with Matt Ankney. He has a little issue with his neck, so he’s sitting this weekend out. Seems like he always has a beer in his hand when he’s not racing. 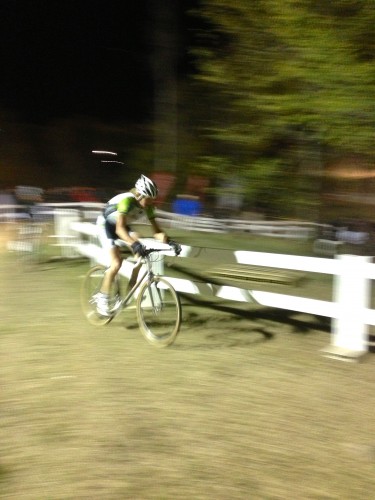 I like the challenge of racing cross at night. It takes a ton of concentration and rewards good bike handling skills. 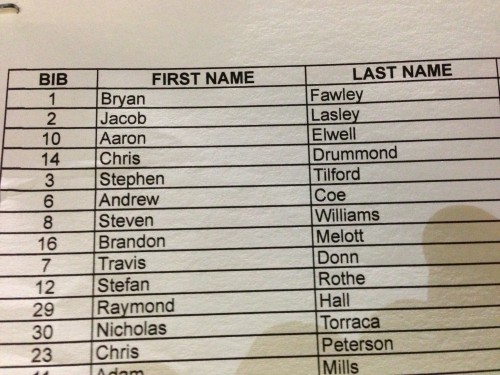 15 thoughts on “Ruts and Guts Night One”